How 9/11 Made The Global Helium Shortage Worse

Hopefully a solution will not float out of reach 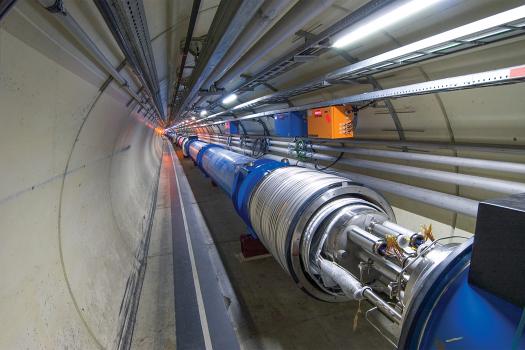 Helium has many uses besides filling children’s birthday balloons–it’s importantly used in MRI machines, wafer manufacturing, and welding. Helium is also used to cool the Large Hadron Collider–120 tons of liquid helium, to be exact–and other particle accelerators that teach us about how the smallest bits of matter behave.

Helium-3, an isotope or form of helium with two protons and one neutron, is especially useful for low-temperature physicists, who use this substance to research quantum properties, and its study has provided breakthroughs in understanding “hydrodynamics of intricately ordered systems, the microscopic theory of electrons in metals” and more. The price of this isotope remained stable for decades at a price of about $100 per liter, as reported by Nature Physics. But then something happened:

Since then, the U.S. has scaled back the use of the substance in these monitors, but there is not enough of both regular helium and helium-3 to go around. Researchers are adapting by “using cryogen-free technology that (although prone to vibration) is compatible with dilution refrigerators and superconducting magnets,” Nature reported. Helium-3 derives from the decay of tritium, a radioactive isotope of hydrogen produced in the production of nuclear weapons–as nuclear weapon production has fallen, so has helium-3 abundance. It can also be found on the moon, so if we ever needed a plentiful supply of helium-3, we could get it there. But that would obviously be quite an undertaking.

The situation is worse today (for both helium and helium-3) than it when it was declared “unsustainable” in 2008, and that price has gone up by a factor of 2.5 each year since then. And demand is increasingly outstripping supply (for example, Cornell scientist Robert Richardson said that helium balloons will one day cost $100). So, physicists will have to start using less, writes Northwestern University William Halperin writes in Nature. That means funding will have to be found for projects to use new methods for keeping stuff cool, or technology to conserve helium and prevent it from evaporating.

The situation may get much worse beginning in 2021, Halperin writes. That year, the U.S. is set to close its strategic reserve of helium, which it draws from to alleviate market pressures.

Here’s an infographic showing the fluctuations in helium demand and price since 1939.