They're calling it "magnetricity" -- catchy, eh? 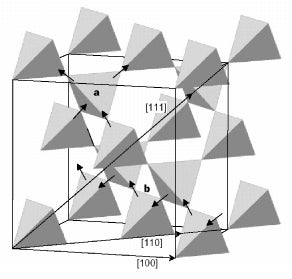 In 1931, physicist Paul Dirac hypothesized that on the quantum level, magnetic charge must exist in discrete packets, or quanta, in the same way that electric energy exists in a photon. This implies the existence of magnetic monopoles: particles that have a single magnetic charge, or polar identity — north or south.

For 78 years, Dirac’s speculation interested only hardcore theorists, because the conjecture failed to find any expression in observed phenomena. All magnets had two poles, one north and one south, inextricably attached to each other.

That all changed in September, when physicists discovered the identity-carrying particle Dirac predicted, as well as the one-poled magnets the particle creates. These magnets, called monopoles, exist only in special crystals called “spin ice,” which can’t form regular magnets due to the forces generated by the unique geometry in their crystal bonding structure.

Now, English scientists have discovered how to make magnetic poles flow through those crystals like an electric current, transforming parts of the crystals into monopoles in waves. This advance takes this field out of theory and into the real world of computer engineering.

In a regular computer, chips store information as an electric charge. Positive and negative charges represent the ones and zeroes of programming code.

This new discovery opens up the possibility that magnetic monopoles could be used for computer storage. If magnetic polar identity can flow through crystals of spin ice, then the current of identity could replace positive and negative charges with positive and negative monopoles as the information storage medium. And since controlling the magnetic identity of electrons underlies quantum computing, this ability to alter that identity with a current positions spin ice as the new, leading candidate for quantum computing chips.

And if you aren’t excited about the future of quantum computing, you’re probably reading the wrong website.