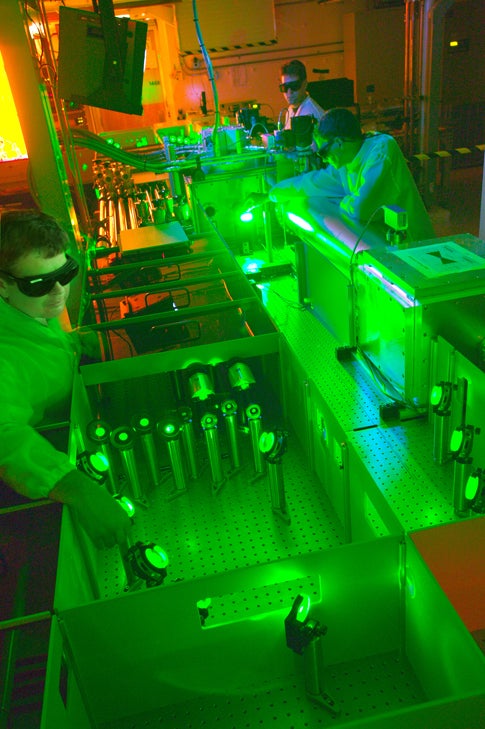 Giant particle accelerators like the Large Hadron Collider (LHC) have become the poster children for big science. Immense in size, cost, and ambition, these gargantuan structures hurl particles at velocities close to the speed of light, in the hopes of uncovering the most basic constituents of matter and energy.

But when Wim Leemans gets his way, particle accelerators will be just another piece of lab equipment, no more obtrusive than a gene sequencer or a desktop printer.

Leemans heads up the BELLA program at Lawrence Berkeley National Laboratory, where researchers have figured out how to accelerate particles over inches, not miles. Now, armed with new funding, the BELLA team looks to pack even more punch into a small space.

The BELLA accelerator uses synchronized lasers to speed up electrons over very short distances. But whereas the Stanford Linear Accelerator (SLA) is 2 miles long, BELLA fits in a single room.

Of course, large accelerators like the SLA or CERN’s famous LHC are far more powerful than BELLA, and thus able to investigate much smaller particles. However, BELLA scientists believe that they can daisy-chain together a number of lasers to create an accelerator as powerful as the big boys, in a fraction of the space.

Boosted by $20 million from the American Recovery and Reinvestment Act, the BELLA project now aims to build on its 2006 success of accelerating a particle to a speed measured at billion electron volts (1 GeV) over a distance of only 1.3 inches.

That means the electron they accelerated reached almost half the speed of light. At those high velocities, scientists use measures of energy to denote the speed of an object (because

, the speed and are related anyway).

Currently, the BELLA team is on track to create a 10 GeV accelerator by the end of 2013. In doing so, they are racing against European and Chinese teams also eyeing the prize of desktop accelerators.

To give you an idea of the difference in scale, and just because they’re awesome, we’ve pulled together a look at some of our favorite accelerators. 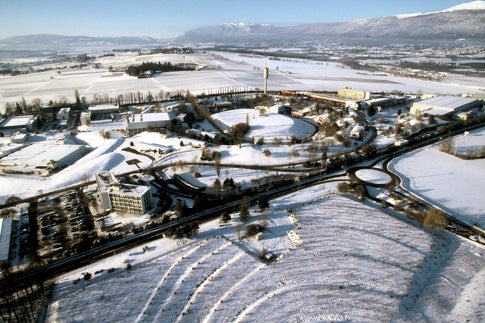 The Intersecting Storage Rings, seen circling the hill in the center of the picture, was the world’s first Hadron collider. Built at CERN, the site of the Large Hadron Collider, the ISR started performing experiments in 1971. And while this accelerator didn’t make any scientific breakthroughs, it did provide many lessons about accelerator construction that were incorporated into later colliders like the LHC. 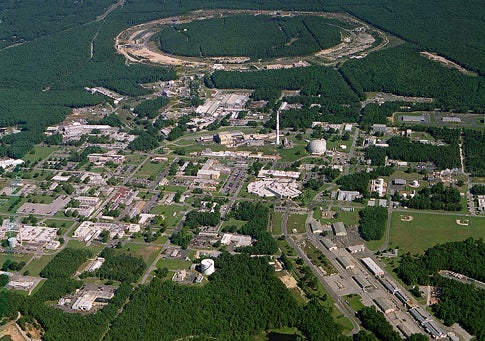 ISABELLE is a lesson on how the grand scale of these projects can work against them. Construction began on ISABELLE in 1978, but by 1983 the Department of Energy decided the project cost too much and provided too little. They canceled the project, even though they had already dug the tunnel in the picture, made some of the magnets, and spent $200 million. 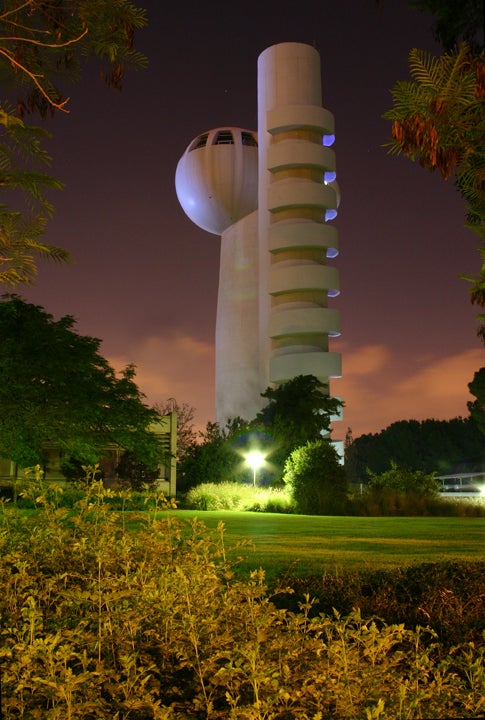 The Koffler Accelerator at the Weizmann Institute in Israel differs from many of the other accelerators on the list in that it isn’t a collider. Rather than shooting two beams at each other to look for the smallest constituents of matter, scientists use the Koffler’s tandem ion beam to study the chemical properties of atoms.

Built in the 2.4 mile long tunnel originally dug to house ISABELLE, the RHIC went online in 2000. Since then, it has managed to produce the quark-gluon plasma that pervaded the entire universe in the hot, hot seconds immediately after the Big Bang. This is a picture of the tunnel taken by the Landsat-4 satellite. The white ring in the yellow box is the RHIC tunnel. 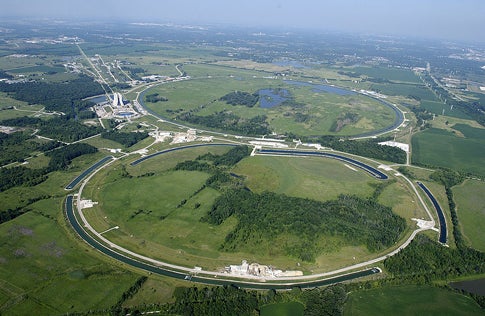 Until the Large Hadron Collider finally starts working, the Tevatron at Fermilab in Illinois will remain the world’s most powerful accelerator. Finished in 1987, and upgraded in 1999, the Tevatron sports a four-mile-long ring, and a 492-foot-long booster that gives the protons a little extra kick. 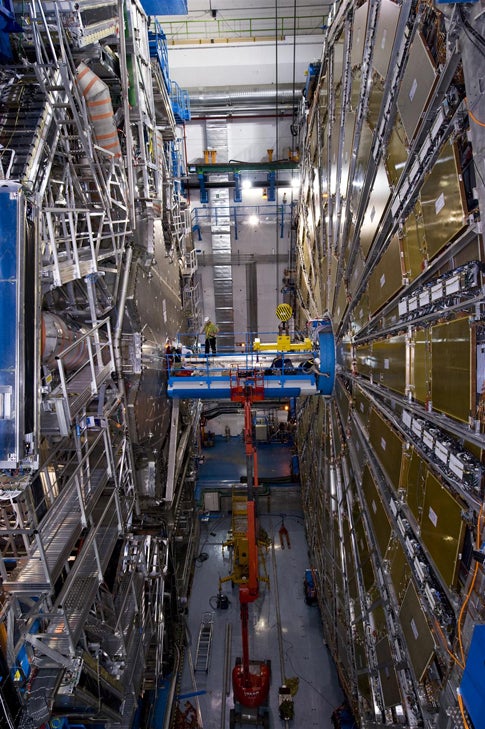 If you’re a loyal Popular Science reader, you have no doubt heard about the LHC. Conceived as the most powerful accelerator in history, the LHC is housed in a 17-mile-long, 12-foot-wide tunnel beneath Switzerland and France. It needs 96 tons of liquid helium to keep its magnets cool, and, if they ever get it to work right, might be the first accelerator to detect the elusive, mass-imbuing particle known as the Higgs boson.
Particle Physics
Physics
news