The Physics of the Balloon Boy

Was it even possible for six-year-old Falcon Heene to have flown inside his balloon? 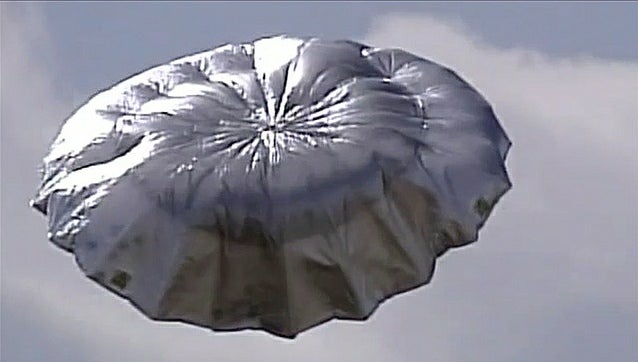 I guess some people will do anything to get on television. In the media blitz last week, nobody seemed to pause to wonder whether the escaped helium-filled contraption would in fact have sufficient buoyancy to carry a 40-pound boy to a height of 7000 feet. Let’s apply some physics to the case.

When talking buoyancy (which is a result of a difference in pressure between the top and bottom of a submerged object), it’s all about Archimedes’s Principle: The buoyant force acting on an object submerged in a fluid is equal to the weight of the fluid displaced by the object.

Mg is the weight of the balloon and contents and therefore B must be greater than Mg for the balloon to achieve an upward acceleration of a.

Without being able to perform direct measurements, we can make a rough estimate of the volume of the rig from the video. We’re going to approximate the shape to be that of an “oblate spheroid” with a volume V = 4/3πb2cwith b being the horizontal radius, and c the vertical radius of the balloon.

resulting in a buoyant force of

Is it enough? Well, assuming a smallish six-year-old boy weighs about 40 pounds, and because the weight of helium (D = .18 kg/m3) in the balloon will be

= 35 Newtons (8 pounds) it appears that we’re right on the borderline. We’ve got 9 pounds left over.

Assuming our volume estimate is in the ballpark, the boy could have been lifted off the ground, if the balloon material and any attached components weighed less than about 9 pounds. Fortunately this was never actually put to the test.