After provoking millennia of bloodshed, gold might finally be ready to do the world some good 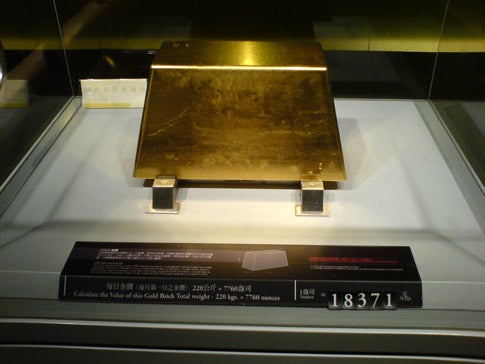 When most people think of gold, they think of Fort Knox, or a phat set of grillz. The exceptionally nerdy — like some people at popsci.com — automatically recall gold’s atomic number of 79. But no one suspected gold’s role as nature’s nanotechnological answer for purifying air, except for a team of researchers from the Queensland University of Technology.

According to the researchers, when tiny particles of gold are energized by the sun, the particles become able to destroy pollutants like volatile organic chemicals that come from paint and cleaning supplies.

According to Professor Zhu Huai Yong, of Queensland’s School of Physical and Chemical Sciences, the electromagnetic field from sunlight interacts with movements of the electrons in gold particles, which creates vibrations. The sunlight can enhance the magnetic field of gold nanoparticles up to 100 times its normal capacity. The enhanced magnetic field then breaks up pollutant molecules in the air. The only byproduct, according to Zhu, is carbon dioxide, which is created in relatively small amounts by the process.

The discovery could force people to think about gold in a different way. Instead of stockpiling it in vaults, like Scrooge McDuck, we could use gold to improve chemical production. In typical chemical reactions, all involved chemicals must have their temperature increased. But according to Zhu, gold could be used to drive chemical reactions with solar power, providing significant gains in energy efficiency.