What Fills the Space Left in Wells When Oil is Extracted From the Ground?

PopSci has the answers you crave 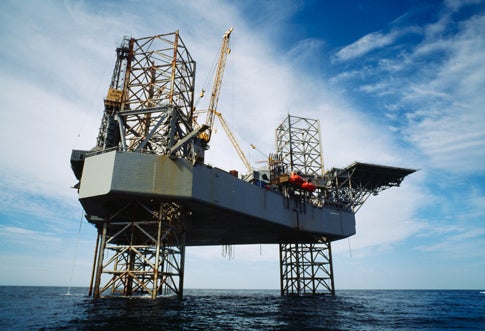 You might guess that magma or tumbling rocks fill the void, but the truth is much more prosaic: water. Petroleum deposits, which are naturally mixed with water and gas, lie thousands of feet below the earth’s surface in layers of porous rock, typically sandstone or limestone. (Contrary to what you might imagine, drilling for oil is more like sucking oil from a sponge with a straw than from a giant pool of liquid.)

At such depths, these liquids are under very high pressure. Pump petroleum out, and the pressure in the well drops. Water in the surrounding rock, which is also packed under high pressure, then pushes its way into this low-pressure pocket until the pressure reaches equilibrium. “It’s just like digging a hole at the beach, where water in the sand around it flows into the lower pressure zone of the hole,” explains Chris Liner, a professor of petroleum seismology at the University of Houston.

Unless you drill in a volcanically active region (which would be unwise), magma typically flows miles below the deepest oil wells, which tap out around 30,000 feet down. And although some shifting of rock and deep sediment can occur, it wouldn’t spur a major earthquake. Typical drilling-induced quakes register between –2 and –4 on the Richter scale, which is one thousandth as forceful as the rumble of a tractor-trailer driving by.