One Midwestern city etches out a future of its own design 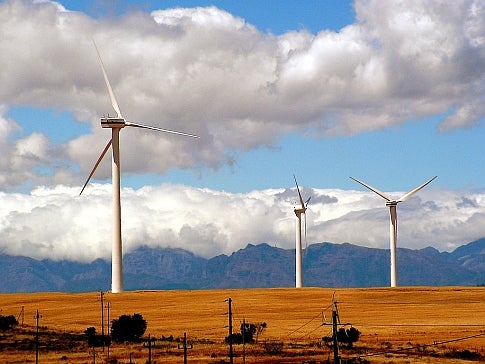 As researchers find new technologies to power the world of the future, the answer may be blowing in the wind.

Across the country, wind-generated power has been showing the potential to be a significant energy generator. Last week, Rock Port, Missouri, became the first city in the United States to generate its electricity entirely through wind-powered technology. Meanwhile, Texas, known for its oil connections, has become the nation’s largest producer of wind-powered energy and is investing almost $5 billion in a wind power project.

Still, the United States has a ways to go before it can fully harness the power of wind. According to a U.S. Department of Energy report released in May, by 2030 wind-generated electricity could account for about 20 percent of the nation’s energy consumption, or about 300 gigawatts. The report also says that current wind-powered electric production is about 11.5 gigawatts — less than 1 percent.

Before wind power can reach its potential, a few things need to happen. Turbine technology needs to improve so each turbine can produce more energy, and transmission lines need to be built so that the turbines can be connected to the energy grid. But where there’s wind, there’s a way.