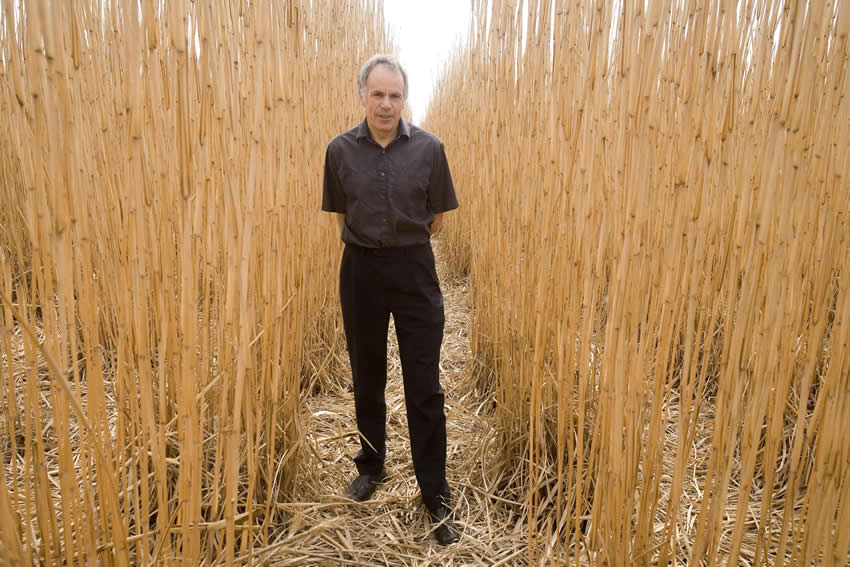 Move over, switchgrass. There’s a new miracle crop on the horizon. Research at the University of Illinois at Urbana-Champaign indicates that a perennial grass named Miscanthus x giganteus can produce about two and a half times more ethanol per acre than either corn or switchgrass.

Switchgrass has previously been heralded as a promising feedstock for making ethanol because it’s a perennial plant, whereas corn must be replanted every year. But when researchers led by Stephen P. Long grew all three crops in field trials across Illinois, they found that Miscanthus leafed out earlier in the spring than corn or switchgrass, and stayed green well into the autumn. What’s more, Miscanthus grew well in poor soils. The study was recently published in the journal Global Change Biology.

Growing Miscanthus isn’t as easy as planting corn kernels. The grass is a sterile hybrid, so the Illinois scientists grew it by planting root-like stems called rhizomes. But Miscanthus science is young, so the scientists are hopeful that the plant’s yields will eventually be even higher, and that it might be possible to grow this distant cousin of switchgrass on non-croplands.