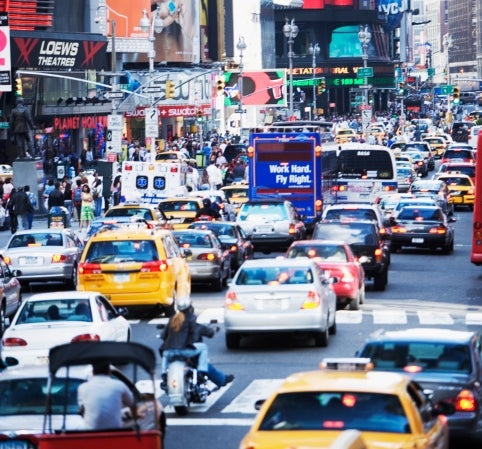 Dear EarthTalk: How does congestion toll pricing, used in some cities around the world, cut down on vehicle traffic and promote green-friendly public transit? — Bill Higley, via email

Despite increasing green awareness and steadily rising gasoline prices, Americans and other denizens of the developed world—not to mention millions of new Chinese and Indian drivers hitting the road every week—are loath to give up the freedom and privacy of their personal automobiles. But snarled traffic, longer commute times and rising pollution levels have given city transportation planners new ammunition in their efforts to encourage the use of clean, energy-efficient public transit. One of the newest tools in their arsenal is so-called congestion pricing (also called variable toll pricing), whereby cars and trucks are hit with higher tolls if they access central urban areas at traditionally congested times.

Singapore was the world’s first major city to employ congestion pricing in 1975 when it began charging drivers $3 to bring their vehicles into the city’s central business district. The system has since expanded citywide, with toll rates at several locations changing over the course of a day. Funds generated by the program have allowed Singapore to expand and improve public transit and keep traffic at an optimal flow. Some of the tangible benefits of the program, according to Environmental Defense, include a 45 percent traffic reduction, a 10 miles-per-hour increase in average driving speed, 25 percent fewer accidents, 176,000 fewer pounds of carbon dioxide (CO2) emitted, and a 20 percent increase in public transit usage.

London implemented a similar plan in 2003 that was so successful it was extended to some outlying parts of the city in 2007. Today, drivers pay $13 to bring their vehicles into certain sections of London during peak traffic hours. According to the Victoria Transport Policy Institute, London’s plan has significantly reduced traffic, improved bus service and generated substantial revenues. Environmental Defense says the plan reduced congestion by 30 percent, increased traffic speed by 37 percent, removed 12 percent of pollutants from the air and cut fuel consumption and CO2 emissions by 20 percent.

A 2006 congestion pricing experiment in Stockholm produced similar results, shrinking commute times significantly, reducing pollution noticeably and increasing public transit use during a seven-month test. The day after the trial ended, traffic jams reappeared, so Stockholm voters passed a referendum to reinstate the plan. Today the city has one of the most extensive congestion pricing systems in the world.

Perhaps the next major city to implement congestion pricing will be New York, if Mayor Michael Bloomberg gets his way. In July 2007, the state legislature rejected Bloomberg’s first such proposal—which would have used funds collected to pay for expansions and improvements to the regional public transit system—but ever-increasing congestion and pollution might force lawmakers’ hand in the future.

“A congestion pricing plan is the most cost-effective way to jump-start transit improvements and reduce traffic congestion,” says Wiley Norvell of Transportation Alternatives, one of a handful of groups working with Bloomberg to craft a version of the plan that will fly with state lawmakers. With two-thirds of New Yorkers opposed, it looks like an uphill battle for now, but advocates say passing such rules is inevitable.