Everything you need to know about iPhone 8, iPhone X, and more 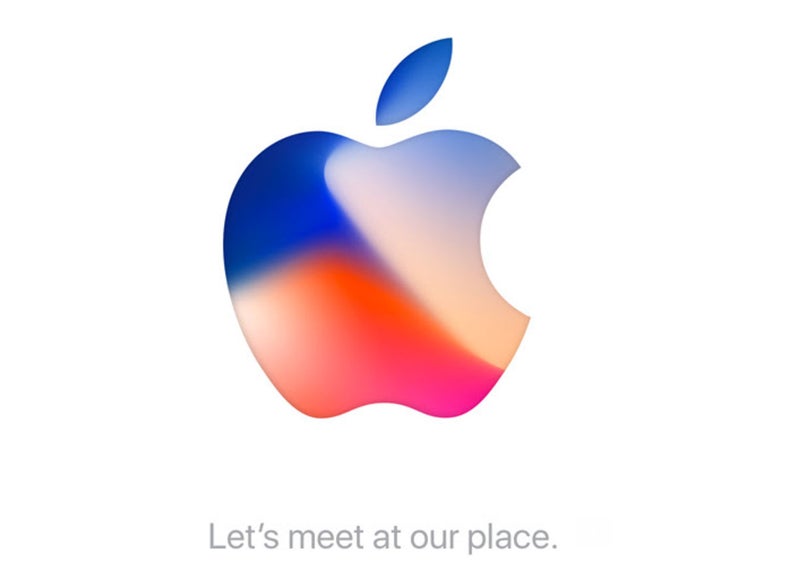 Welcome to Apple’s big day 2017. It’s the day where we get to meet a bunch of new hardware, see some demonstrations, and have our Twitter timelines taken over by tech reporters posting pictures of other tech reporters waiting in line to get into the event. Not everyone can watch along in real time (or follow any of the many, many live blogs out there) so below you’ll find a handy recap of the event with all the tasty bits of Apple info you desire. You can watch along with the livestream here.

Lots of talk about Apple Park and the Steve Jobs Theater to start the event. “Apple Park has been built to reflect Apple’s values.” There are lots of pretty images of the 175-acre campus. Powered by “100 percent renewable energy” with one of the world’s largest on-site solar installations. There will also be an AR experience on campus to let visitors learn about what goes on there and how it works. Wonder how the meatloaf is in the cafeteria.

Apple doesn’t call their stores “stores” anymore. Now they’re town squares. The stores are about more than selling with spaces for people to network learn, and yeah, buy stuff. Apple is touting its employees that it now considers creative pros. They’re the artsy answer to the geniuses at the Genius Bar. They can also sell you Apple stuff.

Apple has big plans for retail. Huge stores in Chicago and Paris are coming soon. The New York store is getting redesigned too.

With 50 percent growth year-over-year, the Apple Watch is now the most popular watch in the world and the newest version will have cellular built right into it. You get access to things like Siri and maps without having to drag your phone around. Apple Music is also now compatible with the Apple Watch.

The Series 3 will cost $399 with cellular built-in or $329 if you don’t need that wireless connectivity option. It has a new dual-core processor inside that promises a 70 percent performance increase, but the Series 3 case is actually the same size as the Series 2. The new wireless chip inside is also new and promises increase efficiency.

The heartrate app is getting some upgrades. Now you can see your heart rate on the main screen. It’s also getting into measuring recovery heart rate to get a better overall picture of fitness. It will also pay attention to your motion and compare it against your heart rate. So, when you’re watching The Fast and the Furious, and you get amped, it’ll let you know.

The Apple Heart Study is happening with Stanford Medicine using data from the built-in heart monitor. Apple is trying to get in on identifying irregular heartbeats like atrial fibrillation.

The aging Apple TV is getting a refresh with 4K resolution (which is four times the pixels as HD) and HDR color performance. It uses HDR 10 and Dolby Vision HDR tech, so it’s compatible with the most common HDR protocols. Watching these 4K demos over a semi-crummy internet stream doesn’t really translate.

It has the new A10X Fusion processor inside like the iPad Pro, which gives it double the processing power and four times the graphics performance.

Apple is bringing lots of 4K titles to the iTunes store, and if something you’ve already bought gets the 4K treatment, you’ll get the upgrade for free.

One of the draws of the new processing power in the Apple TV is an upgrade in games available for the system. They’re currently demoing a game called Sky, which the developer designed as “social” and “romantic,” as opposed to “anti-social” and “full of murder” like most video games I play now.

The new iPhone has a new gold finish offering and has glass on the front and back. Sounds slippery. The glass has an internal laser-welded steel and copper structure. Sounds fancy, but they promise it’ll be more durable. You now get wireless charging on the iPhone without a special case. Fire up those smug comments, Android users.

The new A11 Bionic chip is a six-core chip and all the cores have been upgraded. Phil is talking as fast as possible becuase he knows people hate numbers at things like this, but four of the cores are 25 percent faster and the other two cores are 70 percent faster. Good for launching space ships in real life.

The camera has a new 12-megapixel sensor with a new color filter that promises less noise and better color reproduction. The iPhone 8 Plus has a similar double-camera with a wide-angle and a telephoto. The video processing has been revamped to break up a scene and optimize things like bitrate across the 4K 60 fps capture. It will also now do 240 fps slow-motion at 1080p HD.

A new job for the cameras is handling augmented reality. The cameras come calibrated from the factory and work in concert with accelerometers and gyroscopes.

The big story with the iPhone X is the Super Retina Display. It’s 5.8-inches on the diagonal and has 458 pixels per inch. It’s the first OLED display for an Apple phone and for some reason it has rounded corners. It will, in fact, start at $999, which has already been a hot topic in blog posts.

Phil talks about how OLED has color accuracy issues, which has been true in the past, but has been worked out for a while. He also talked about True Tone, which intentinoally changes the color on your screen to fit the surroundings. It has HDR including Dolby Vision, so this screen is probably a lot nicer than your TV. Despite the fancy screen, it gets two more hours of battery life than the iPhone 7.

There’s no more room for a button. THERE IS ONLY ROOM FOR SCREEN. So, now you swipe up from the bottom to go to the home screen. The same bottom-up swipe also enables multi-tasking and switching between apps. The larger side button will also now summon Siri if you don’t want to call her with your voice.

True Depth cameras make a 3D model of your face and compare it against a stored version of your face to create a Face ID. You don’t type your code into your phone anymore, you just let it look at you. It takes a Neural Engine to make this happen, which means this whole process is heavy on AI. So, even if you go all Arya Stark on somebody, it will know that it shouldn’t let you in. A girl has no access to someone else’s iPhone.

Third party apps and Apple Pay will work with Face ID. It’s pretty much just replacing your finger print. Apple says the odds of a stranger getting into your phone using a fingerprint was 1 in 50,000. Face ID is apparently 1 in a million.

Did you ever want an emoji face to do the same thing that you do with your face? Well, Apple has good new for you! Your iMessage streams are going to get totally out of hand once everyone is a talking panda.

Apple is currently working on a mat on which people can charge their inductive devices. It’s coming next year and will use Qi wireless charging. Interesting for Apple to give us a look at what’s coming.