What happens when humans spend too much time in the dark

Excerpt: Underground: A Human History of the Worlds Beneath Our Feet 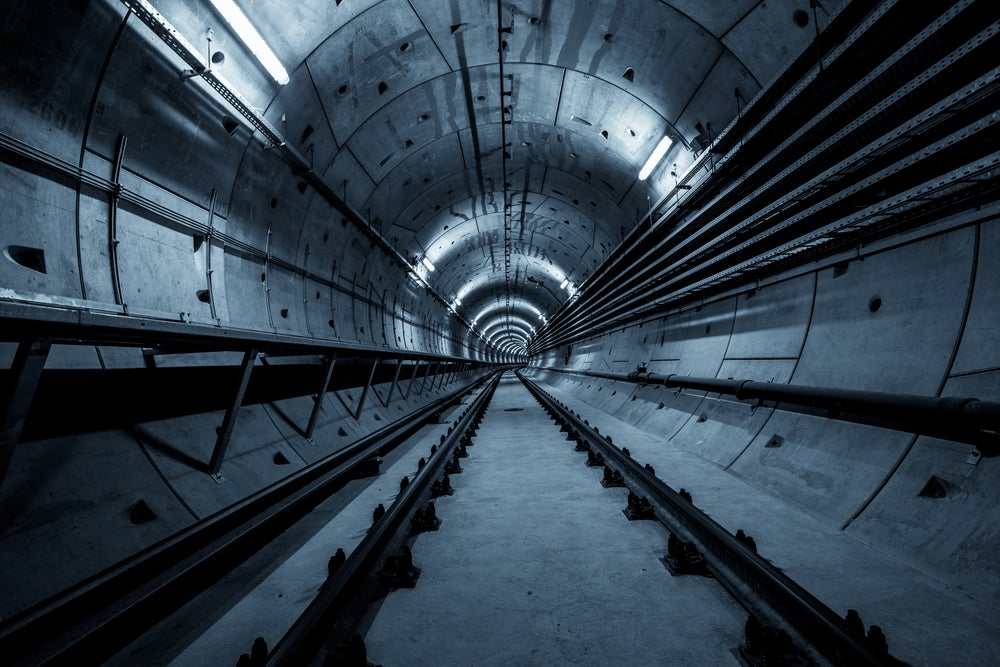 Why are we afraid of the dark?. Deposit Photos
SHARE

Our aversion to darkness is rooted in our eyes. We are diurnal—day-active—creatures, meaning our ancestors, down to the finest physiological points, were adapted to forage, navigate, and seek shelter while the sun was up. Sure enough by daylight, our eyes are magnificent. We possess an abundance of the photoreceptor cells called “cone cells” that enable us to home in on sharp details: our ancestors could pick out game animals on the horizon, or glimpse a piece of fruit in a tree and know from the precise shade of color whether or not it was ripe. But without sunlight, our eyes are all but useless: for our gut of cone cells, we lack the other type of photoreceptor—“rod cells”—which enable vision in low light. As the sun set each night, our ancestors became vulnerable, transforming from predator to prey as they entered a world dominated by nocturnal hunters, all endowed with powerful night-vision: lions, hyenas, saber-toothed tigers, venomous snakes. For our ancestors, the height of terror would have been wandering over the savannah in the dark, listening for a predator’s paws drumming against the ground.

In the modern West, we no longer fret over night ambush by saber-toothed tigers, but we still squirm in the dark. “After thousands of years,” wrote Annie Dillard, “we’re still strangers to darkness, fearful aliens in an enemy camp, with arms crossed over our chests.” I have many times been disquieted by darkness. In childhood games of sardines, hiding in the corner of my father’s closet, my heart thumping. In the bush in Australia, getting up to pee without a flashlight, losing sight of the tent, stumbling through the dark, thinking of packs of dingoes. After Hurricane Sandy in New York, walking through lower Manhattan, down block after block of the city’s blacked-out grid, hair bristling on the back of my neck. But these were partial darknesses, always with a dot of light through a keyhole, or a star-gleam from the sky. Here the eye will always adjust, the iris will always open to collect photons. Not underground. In cave darkness not a single photon penetrates. Here lies a heavy, ancient dark, Book-of-Genesis dark.

My thoughts earthwormed down inside my body, chewing through my inner architecture. It was the feeling of being peeled open, turned inside out. I felt the rhythmic clenchings of my heart, my lungs ballooning inside my ribs, my epiglottis flapping open and shut. In the absence of sight, my other senses bloomed. The sound of the stream, which I’d barely noticed when I entered the cave, now filled the whole chamber, unfurling in effusive patterns. Smells—mud, damp limestone—thickened to the point of feeling material. I could taste the cave. When a drop of water fell from the ceiling and burst on my forehead, I almost jumped out of my sleeping bag.

Our first studies on sensory deprivation grew out of a clandestine cold war military experiment on mind control. In the early 1950s, footage emerged from Korea of American prisoners of war denouncing capitalism and extolling the virtues of communism. The CIA, convinced that the soldiers had been brainwashed, promptly launched a research initiative—Project Bluebird—on mind-control techniques. Part of the research team was a psychologist named Donald Hebb, who offered to conduct an experiment on what he called “sensory isolation.”

Hebb was not so interested in actual brainwashing, but had long been curious about the response of the brain to the absence of stimuli. He wondered about reports, for example, of Royal Air Force pilots who, after many hours of flying in isolation and staring at an unchanging skyline, would suddenly, for seemingly no reason, lose control of the plane and crash. And of mariners who, after stretches looking out over a static marine horizon, saw mirages. And of the Inuit who warned against fishing solo, because in the absence of human contact, without visual cues in a white-out Arctic landscape, they would become disoriented and paddle out to sea, never to return. By examining the neurological response to isolation, Hebb wondered if he might be able to answer questions about the structure of the brain.

For Project X-38, Hebb constructed a grid of four-by-six-by-eight-foot cells, each air-conditioned and sound-proofed, then recruited volunteers, whom he paid twenty dollars a day to lie in the cells, where they were subjected to “perceptual isolation.” Over their eyes, the subjects wore frosted plastic goggles that prevented “pattern vision.” To reduce tactile stimulation, they wore cotton gloves and elbow-to-fingertip cardboard cuffs. Over their ears, a U-shaped foam pillow. The cells were outfitted with observation windows, as well as an intercom so that the research team could communicate with the subjects. Hebb instructed his volunteers to stay in the cells for as long as they could.

Initially, Hebb had regarded Project X-38 lightheartedly, joking that the worst part of isolation for the subjects would be the meals prepared by his post-docs. When the results came in, though, he was stunned: the subjects’ disorientation was far more extreme than he’d imagined. One volunteer, upon completing the study, drove out of the laboratory parking lot and crashed his car. On several occasions, when subjects took a break to relieve themselves, they got lost in the bathroom, and had to call a researcher to help them find the way out.

Most startling were the hallucinations. After just a few hours in isolation, nearly all the subjects saw and felt things that weren’t there. First they would see pulsing dots and simple geometric patterns; these grew into complex isolated images floating about the room, which then evolved into elaborate, integrated scenes playing out before the subjects’ eyes—“dreaming when awake,” as one participant described it. One participant reported seeing a parade of squirrels marching “purposefully” across a snowy field, wearing snowshoes and backpacks, while another saw a bathtub being steered by an old man in a metal helmet. In a particularly extreme case, a subject encountered a second version of himself in the room: he and his apparition began to blend together, until he was unable to discern which was which. “It is one thing,” wrote Hebb, “to hear that the Chinese are brainwashing their prisoners on the other side of the world; it is another to find, in your own laboratory, that merely taking away the usual sights, sounds, and bodily contacts from a healthy university student for a few days can shake him, right down to the base: can disturb his personal identity.”

Today, the neurological mechanism behind these reactions is more or less understood. At any given moment, our brain is receiving a torrent of sensory information—visual, auditory, tactile, and so on. We are so accustomed to this stream of input that when it gets cut off, our brain essentially produces its own stimuli. It identifies its own patterns, combining any scant blip in the visual cortex with images stored in memory to devise scenes that may be intensely vivid, however disconnected from present reality. During one particularly illuminating experiment in 2007, researchers at the Max Planck Institute for Brain Research in Frankfurt collaborated with a German artist named Marietta Schwarz, who had volunteered to live with a blindfold on for twenty-two days. Blindversuch (Blind Study), as Schwarz called her project, was part of a larger art project called Knowledge of Space, which incorporated interviews with blind people on perception, image, space, and art. Schwarz sat blindfolded in the laboratory, recording into a Dictaphone a granular, real-time diary of everything that was happening in her brain. She reported an array of hallucinations, including intricate abstract patterns, such as bright amoebas, yellow clouds, and animal prints. The researchers, meanwhile, used an fMRI scanner—functional magnetic resonance imaging, which tracks changes in blood flow in the brain—to follow the neurological operations behind her hallucinations. Despite the total absence of visual input, Schwarz’s visual cortex lit up like a lantern, exactly as it would if she weren’t blindfolded.

That is, in the world of her brain, the hallucinations were as true and real as anything she could touch or taste or smell.

Excerpted from UNDERGROUND: A Human History of the Worlds Beneath Our Feet, © 2018 by Will Hunt. Reprinted with permission of Spiegel & Grau.