The Indie Scientist Who Vows To Leave No Mutation Behind

In the search for cures 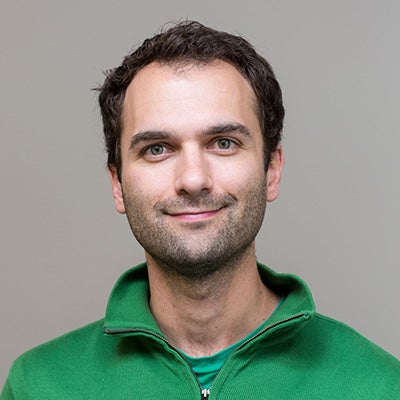 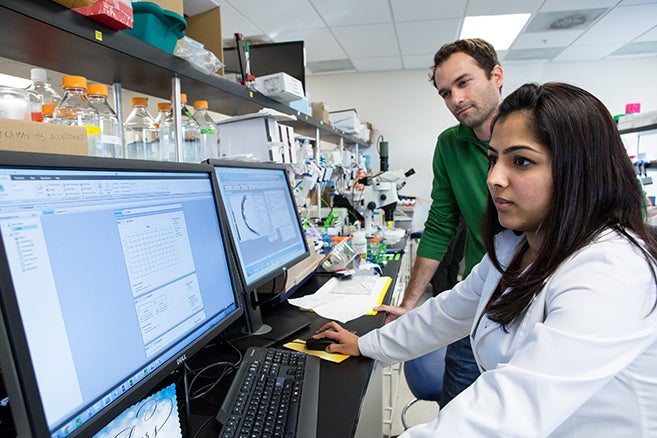 Harvard-trained molecular biologist Ethan Perlstein is unaffiliated with any school, company, or institution. His research focus is not limited to one disease or focused on any particular errant gene. Instead, he’s set his sights on discovering new drugs for thousands of orphan diseases–ailments so rare they aren’t even on the radar of most pharmaceutical and biotechnology companies. But that’s not the only way he’s gone rogue.

He uses simple organisms, such as yeast and zebrafish, as his research tools, screening each against a large library of potential drug leads. But can his process, which he says is faster, cheaper, and better than those typically used, actually identify compounds be optimized and refined to become treatments? He’s already got his first hit.

Perlstein spoke with Popular Science about why he went indie, the unmet needs of rare diseases, and what can be learned from about human disease from our distant animal cousins.

Popular Science: What prompted you to go independent?

Ethan Perlstein: A reduction in federal funding for biomedical research means that fewer and fewer Ph.D. grads are finding success being hired by universities. I call this phenomenon the postdocalypse.  After two failed academic job search cycles, I decided to become what I call an “indie scientist,” inspired by the indie rock community, where people bypassed traditional gatekeepers of the industry, like music labels. I exited academia at the end of 2012, raised $2.5 million in a seed round, and then launched Perlstein Lab PBC (aka PLab) in February 2014.

We focus on finding drugs for orphan diseases. In the U.S., that includes any disease that affects less than 200,000 people, but orphan diseases typically affect anywhere from a handful of people to a few thousand people worldwide. There are no treatments for people with 95% of these diseases, many of which are fatal. About half of the 7,000 orphan diseases that we know of affect kids and unfortunately many of these kids don’t make it to adulthood. That’s why our pipeline at the moment begins with rare, inherited childhood diseases.

In academia, there’s a lot of pressure to apply your research toward more common diseases like cancer or Alzheimer’s or heart disease; that’s where the research dollars are. I had no idea until I left academia that there was this entire world of diseases that were neglected and under-researched. I credit Twitter to opening my eyes to the world of orphan diseases. Through social media, I met patient advocacy communities that were organizing, fundraising and just raising consciousness about these various diseases.

Most labs have a niche disease, but you want to study all of them. Why?

Each disease is its own idiosyncratic puzzle, but I believe there are ways to make the research process more systematic so that we can use one common platform over and over again, for one rare disease after another. In a lot of ways, we don’t really have a choice: At the current rate of 10 to 20 new orphan drug approvals per year, it will take another 450 years before drugs are approved for all orphan diseases. This is unacceptable.

“At the current rate of 10 to 20 new orphan drug approvals per year, it will take another 450 years before drugs are approved for all orphan diseases.”

Which raises the next question: How?

Most rare diseases are caused by utations in the DNA sequence of a single gene, resulting in cellular defects across multiple tissues. Using gene editing, or CRISPR, it’s possible to take a genetic mutation from a patient and engineer it into simple animals—yeast, worms, flies and zebrafish. If we are able to validate that the human mutation causes the same cellular defects in the simple animals, then we know we have a decent model of the disease.

We can use these models to screen libraries of potential drugs and see if any slow or stop or reverse these defects. Any hits, we then study in mouse models or human cells lines of the disease.

Did you say yeast, worms, flies and fish?

Yes. Most of the genes that cause rare disease are ancient, meaning they are largely unchanged at the DNA level despite over a billion years of evolution. We can use simple animals to study these diseases and test new drugs against them because we are related—we share literally thousands of genes. It’s cheaper, exponentially faster and, in many ways, even more accurate than studies involving human cell lines.  This makes the entire research process more efficient.

What can you learn from such simple models?

We’re not anti-mouse. We just think the mouse is one of many animals in the Noah’s ark of models that you should use on the path of drug discovery. We know for investors and for potential clinical partners that having mouse data is extremely important. We also think scientifically it’s important. We want to be able to show that we can hopscotch from a worm to a fly to a fish to a mouse and show that we’ve got consistent activity of a drug candidate.

What are you working on now?

Right now we’re focused on lysosomal storage disorders, which are characterized by the accumulation of various lipids in the body’s cells. Of those, we started with Niemann-Pick C (NPC), a rare, inherited disease that affects about 1 in 150,000 in the United States.

Kids with NPC are born seemingly healthy but then decline cognitively and die in their teens as cholesterol and other fatty substances build up in their brain and other major organs. Some refer to NPC as childhood Alzheimer’s. There are about 200 mutations associated with the disease; we modeled a mutation causing a complete loss of function across our organisms and then used these organisms to conduct screens for drug candidates.

Yes. We started off screening a library of 50,000 commercially available compounds on worm and fly models of NPC. We identified about 100 reproducible hits. We then validated those hits in NPC patient cell lines and zeroed in on a single compound we call PERL101, which has a novel and unexpected mechanism of action on cholesterol balance in cells. We are now conducting tolerability and efficacy studies with PERL101 in mice.

What’s most remarkable is we went from a primary screening hit to mouse validation in 8 months without any chemical optimization, a process that usually takes up to two years and costs several million dollars using more traditional cell-based or in vitro approaches.

We are looking for a biopharma company to partner with us to take PERL101 to the clinic. In these partnerships, PLab will do the discovery/preclinical phase and then we will pass the baton, so to speak, to our partner for the clinical phase.

We want to do these kinds of collaborations for disease after disease after disease. Once we’ve kind of gotten a commitment that someone is going to pick up the PERL101 program, we will start plowing into the next disease programs: NGLY1 deficiency, other lysosomal storage diseases, and mitochondrial diseases.