Designed to sniff out explosives or disease 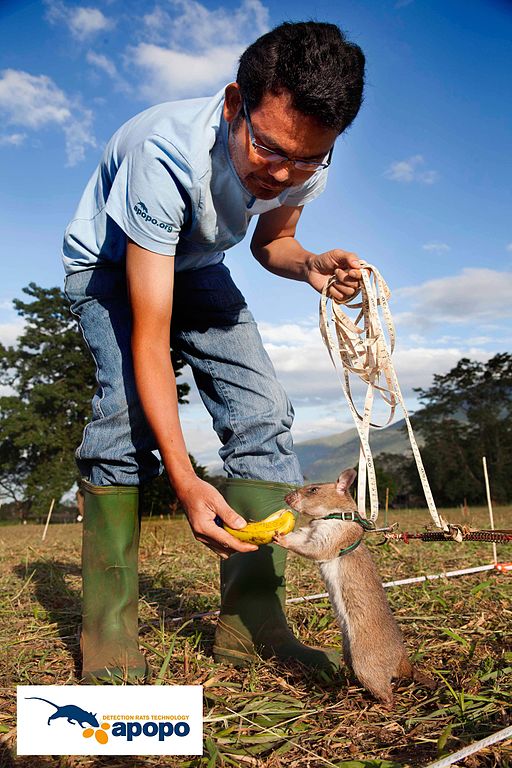 Scientists have just given rodents’ already formidable noses a boost. A team in New York City has genetically engineered mice that can pick up scents way below the concentrations normal rodents can detect. These “super sniffer” mice have extra sensors for certain smells, and could one day sniff out explosives, smuggled cargo, or illness.

“We have these millions-of-years-old receptors that are highly tuned to detect chemicals,” coauthor Paul Feinstein, of Hunter College, said in a statement. “We think we can develop them into tools and use them to detect disease.”

Mammalian noses are packed with these tiny receptors, which are specialized to pick up different scents. Mice have about 1,200 genes that code for odor receptors (humans only have 350). Each of the millions of sensory neurons in the nose hosts a single receptor.

Super sniffer mice are designed to have more receptors focused on a particular smell. Scientists slipped these “MouSensor” mice extra copies of a string of DNA they’d designed to tweak the animals’ developing neurons. The upshot: more neurons would end up with a given type of receptor. In one group of mice, about 1 to 2 percent of receptors were the type that detects acetophenone, a chemical that smells like jasmine. Another group dedicated 13 percent of their neurons to hosting receptors that pick up the minty scent of carvone.

The team used fluorescent imaging to confirm that the extra receptors were in working order. The mice were then tested to see whether these bonus sensors actually enhance their sense of smell. The rodents learned to associate whichever smell they had extra receptors for with an injection and stomachache. The mice could choose to sip from water that was either pure or doctored with chemicals bearing that same smell.

The mice with extra receptors for acetophenone were about twice as adept as normal mice at detecting (and spurning) trace amounts of the chemical. The carvone group was fully 100 times more sensitive to carvone than regular mice.

The scientists think they can drive the mice’s threshold for picking up different smells even lower. “We’re not sure where the break point is, the point of diminishing returns,” Feinstein told Science.

Rodents and dogs have been lending us their noses for years to detect mines and disease. The scientists think that their new technique might make these animals even better at their jobs. “Training of these MouSensors, or for that matter, Rat or DogSensors, in odor-detection tasks will be significantly shorter and more efficient,” wrote the authors, who published the findings July 7 in Cell Reports.

The team also hopes that the MouSensors will help shed light on how our sense of smell works.