Did An Optical Illusion Doom the Titanic?

The Titanic may have struck an iceberg and sank helplessly because of a strange atmosphere-caused optical illusion, a new book... 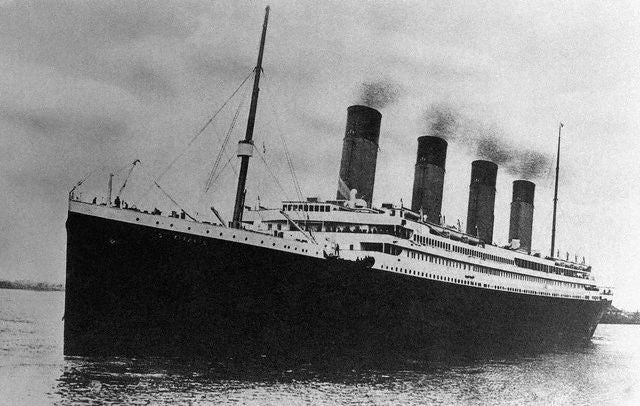 The Titanic may have struck an iceberg and sank helplessly because of a strange atmosphere-caused optical illusion, a new book argues. British historian Tim Maltin says super refraction, an extraordinary bending of light that causes mirages, prevented the Titanic’s crew from seeing the fateful iceberg.

It also may have prevented nearby ships from seeing the doomed Titanic, Maltin argues. His theory is the subject of a new book and a documentary airing next month in time for the 100th anniversary of the accident.

Apparently a British investigation in the 1990s brought up super refraction, but no one ever studied it in depth, according to Smithsonian magazine, which just published an excerpt from Maltin’s new book. Maltin studied old weather records, shipping logs and survivor testimonies to determine the atmospheric conditions on April 15, 1912. He argues conditions were ripe for super refraction, caused by a thermal inversion in the area south of Newfoundland were the ship was sailing. This abnormal bending of light waves would have created a false horizon, and the iceberg lay beneath it, out of view of the ship’s lookouts.

They sounded the alarm when the iceberg was a mile away, but it was too late. The same bizarre atmospheric conditions could have prevented a nearby ship, the Californian, from seeing or hailing the doomed Titanic, Maltin says. It’s a frustrating, sad explanation. Click through to the Smithsonian for more detail.

… And the Iceberg That Doomed It

Photo of the iceberg which was probably rammed by the RMS Titanic, taken five days after the disaster by Stephan Rehorek.