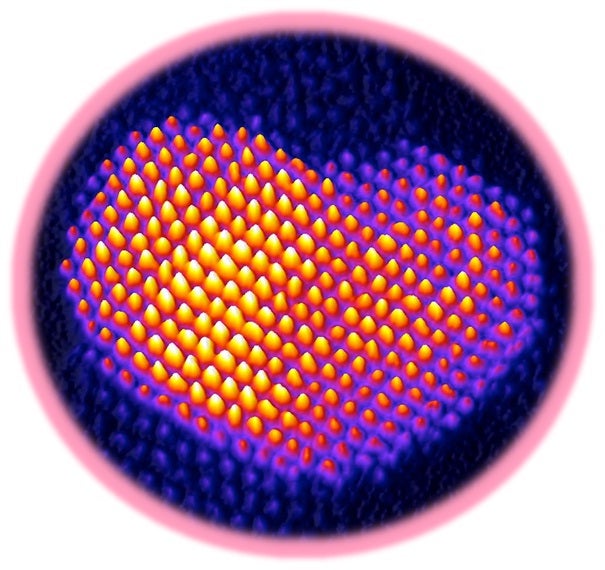 In one of those scientific breakthroughs that makes John McCain want to strangle an experimental cocaine-addled monkey, researchers at the University of Birmingham in the UK have created the world’s smallest atomic valentine, measuring just five nanometers by three-and-a-half nanometers. The previous record, set two years ago by the very same group, was eight nanometers.

That makes it smaller than the smallest wavelength of visible light, and thus invisible even under an optical microscope. But under an electron microscope, the researchers were able to image their heart made of palladium and somewhat more romantic gold atoms fitted to a carbon film. The heart shape was conjured by heating the nanoparticles in a certain way, altering their structures.

The improved control over this heating also makes this year’s valentine more stable than the previous eight-nanometer overture, and it also makes it something more than it seems at face value. The ability to manipulate particles at this scale can apply to a range of more useful applications in materials science and could inform the design of everything from novel new materials to optical devices, the researchers say.