Where the wild things were 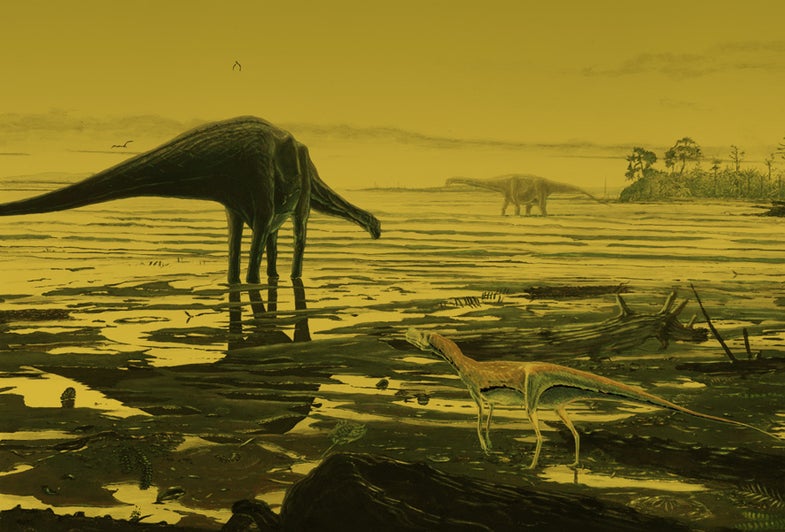 Dinosaurs ruled the world for over 180 million years, spreading across the oceans and continents. After all that time, it stands to reason that they left a few things behind. We’ve all seen fossils in books and museums, but dinosaurs left behind far more than just their bones. They also left their footprints.

In a paper published today in Scottish Journal of Geology researchers from the University of Edinburgh announced the discovery of dinosaur footprints along an ancient marsh now in the Isle of Skye, Scotland’s largest island. The tracks were made by long-necked sauropods wandering around 170 million years ago, nearly 50 feet long and weighing 10 tons. The footprints themselves are huge, over two feet across. 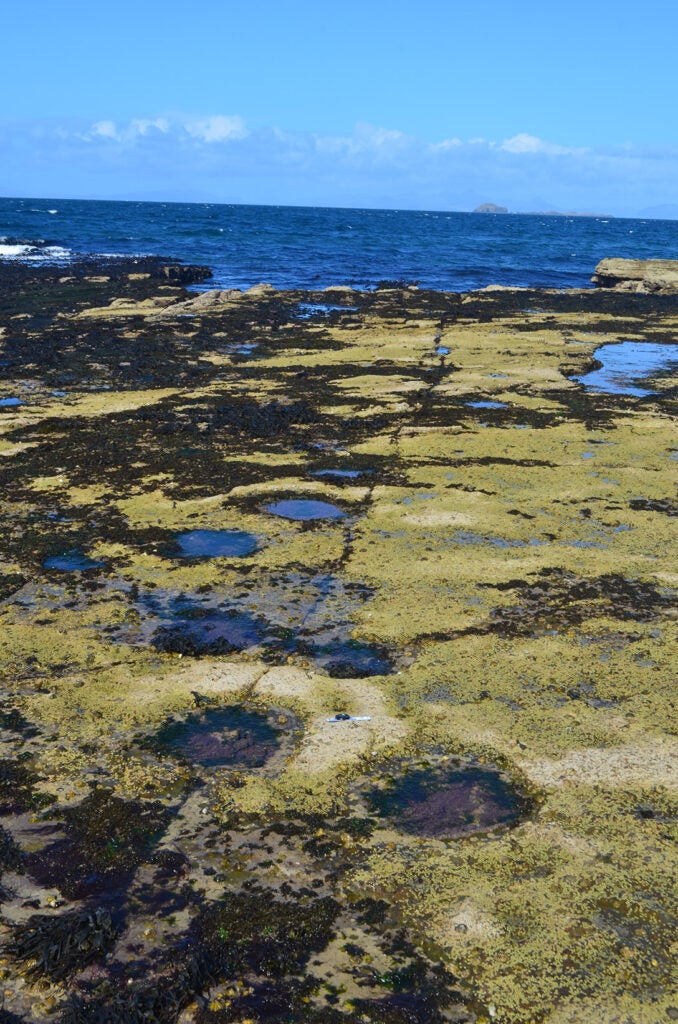 The fact that the footprints are found in lagoon-type sediments provides more evidence that these animals were not purely land-dwellers as previously assumed. Why these huge dinosaurs liked hanging out in water-logged environments remains to be determined. In the paper, the authors suggest that there might have been more plants available in those environments, or, alternatively, the marshy ground might have been a deterrent to predators.

“The new tracksite from Skye is one of the most remarkable dinosaur discoveries ever made in Scotland. There are so many tracks crossing each other that it looks like a dinosaur disco preserved in stone. By following the tracks you can walk with these dinosaurs as they waded through a lagoon 170 million years ago, when Scotland was so much warmer than today.” Steve Brusatte, the lead author of the study said in a statement.

If you can’t make it out to Skye to see the dinosaur footprints, look for some trackways closer to home. Dinosaur Valley State Park in Texas, Dinosaur State Park in Connecticut, and many other locations around the world have a variety of dinosaur tracks that are well preserved and ready for a visit.