Bummer: Faster-Than-Light Neutrinos Weren’t, and It Was the Cable Guy’s Fault

Apparently neutrinos are not moving faster than light after all — some of the brightest minds in modern physics were... 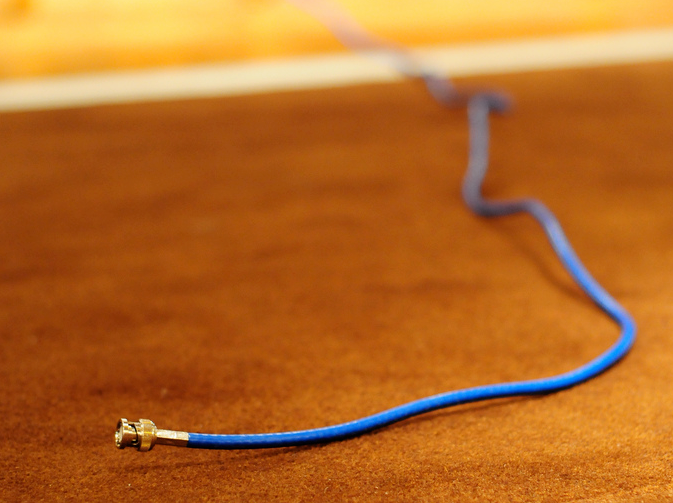 Apparently neutrinos are not moving faster than light after all — some of the brightest minds in modern physics were bamboozled by a loose wire.

If you care about physics, Einstein or controversies, you’ll recall the excitement last fall about neutrinos that were supposedly moving faster than light. The ghostly particles, which can move through the Earth and through you without slowing down, were leaving a particle beam in Geneva and traveling under the Alps to Gran Sasso, Italy, in less time than it would take light to travel the same distance. The neutrinos were only 60 nanoseconds early, but still — the result, which the experimenters could not explain, suggested they were moving faster than light.

While applauding the Italian researchers’ careful experiments, most of the world of physics assumed the scofflaw particles were the result of some kind of mistake, because nothing can go faster than light. Theories abounded, from fun relativity reasons to simple math errors. It turns out it was even more boring, more humdrum, more insipid than even that — someone hadn’t plugged in a wire all the way. Science Insider broke the news this afternoon, citing unnamed sources familiar with the experiment.

The blame lies with a fiber-optic cable used to connect a GPS receiver, which corrects the timing of the neutrinos’ flight, and a computer card that reads the receiver. As part of the efforts to replicate the results, a team member apparently tightened the connection and then measured the length of time it took the timing data to travel down the fiber. The data showed up, you guessed it, 60 nanoseconds earlier than assumed.

Frankly, this is so boring as to sound almost suspicious.These people with their 5 sigmas and their M-branes and their beta particles just forgot to push the plug in all the way! That would explain it so nicely, do away with the inconvenient superluminal result so cleanly.

Of course, more experiments are needed to prove this either way. All the big physics conferences are ramping up here in the next couple of weeks, so we’ll find out the truth. We will let you know when we do.