The bunker-busting nuclear bomb that almost was 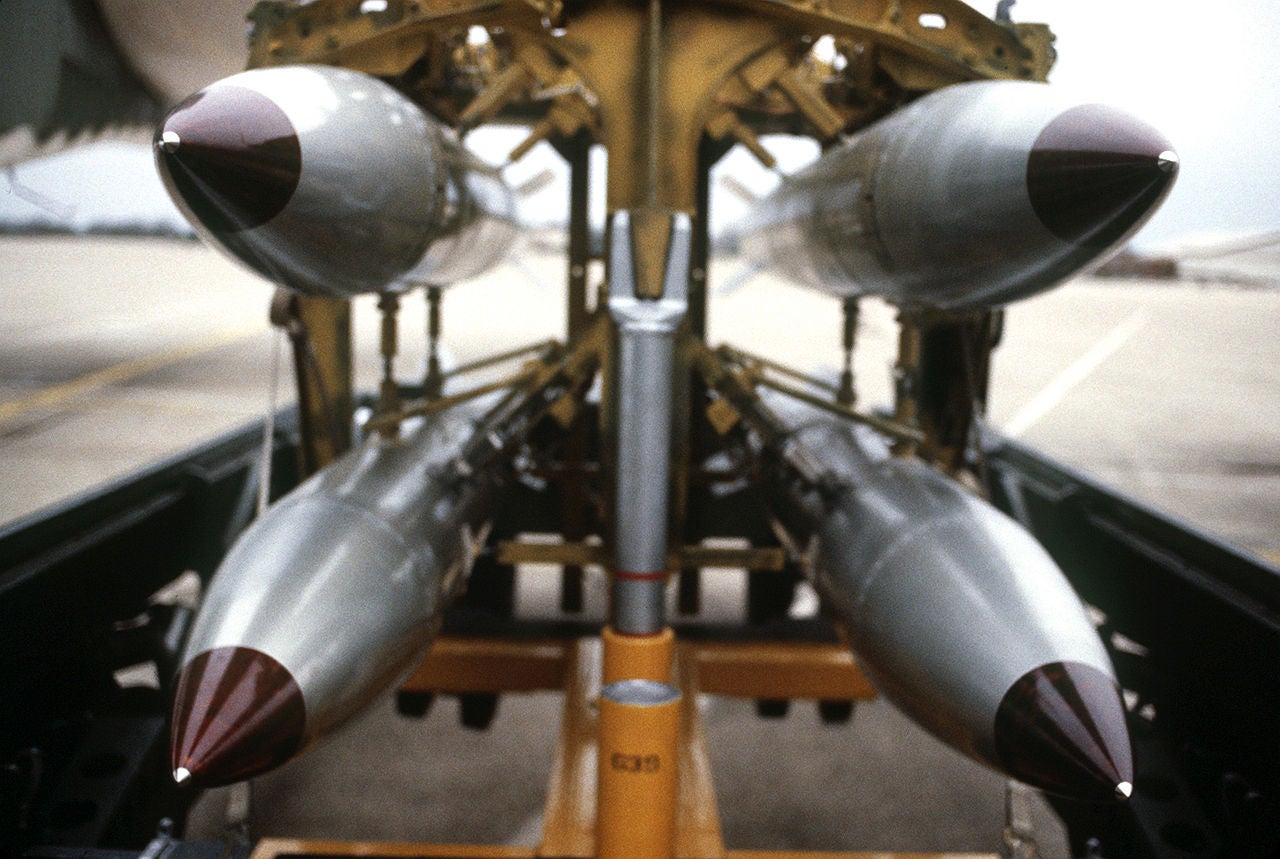 Yesterday, the Pentagon used a massive bomb against caves in eastern Afghanistan that currently house ISIS fighters, and previously housed insurgents fighting against British rule in the 19th century and mujahadeen fighting against Soviet control in the 20th century. For centuries, the caves of Afghanistan have made it difficult for outsiders to control the country. But in the early 21st century, the United States considered developing a brand new weapon to nullify these ancient defenses. The “Robust Nuclear Earth Penetrator” was an earthquake in a can, a nuclear bomb designed to seal the caves once and for all.

The physics of soil make a thick layer of grainy dirt a strong barrier to explosives. The kinetic energy of the blast moves loose grains out of the way until there is no more room to move, at which point the compacted sand effectively hardens. This is part of the principle behind underground bomb shelters: digging down adds feet of protection to the people hiding away inside.

To get around that, the proposed RNEP would use radar sensors to detonate the nuclear warhead only after it had penetrated a certain depth, so the entire force of the blast would spread through the ground like a magnitude 7 earthquake. To survive, bunkers would have to be 1,000 feet deeper than the blast. Bad as that is for the people in caves, it’s likely worse for civilians in the area.

“The National Academy of Sciences estimates that the explosion will shoot some 300,000 tons of radioactive debris up to 15 miles into the air,” we wrote in 2005. “The total number of casualties will vary but could exceed one million, depending on weather, wind velocity and the blast’s proximity to towns and cities.”

As proposed, the Robust Nuclear Earth Penetrator was a weapon that would technically do the job required, but at a cost far greater than any possible tactical or strategic gain—and would do so while inflicting great human suffering not just on military targets, but civilians in the area.

In a report published in April 2005, the Federation of American Scientists objected to the development of a nuclear bunker buster in part because it was unnecessary, given that conventional weapons could do the job just as well. From that report:

And it’s not as if the cancellation of the Robust Nuclear Earth Penetrator left the United States without any nuclear weapons designed to reach underground targets. The B61-11, developed in 1997, puts a modified body around a nuclear warhead to allow it to plow 20 feet into the earth.

Widespread criticism of the program, including from members of Congress, as well as further critiques from the scientific community, lead the Bush administration to abandon development of the Robust Nuclear Earth Penetrator in 2005. Funding for the program was dropped from the Department of Energy’s budget in 2006.

In its place, the Pentagon has large conventional weapons that can do the same task without also killing millions. One of these is the Massive Ordnance Air Blast, which is a fraction as powerful as even a small nuclear bomb, but can still create powerful concussive waves and shake houses miles away. Another option is the Massive Ordnance Penetrator, which can be carried by a stealth bomber and contains up to 6,000 pounds of explosives. With these weapons, the Pentagon can reach almost any target in any non-nuclear war. And it can do so with less of the fallout—political or radioactive—that comes from nuclear strikes.