And they're probably safer than newer technologies 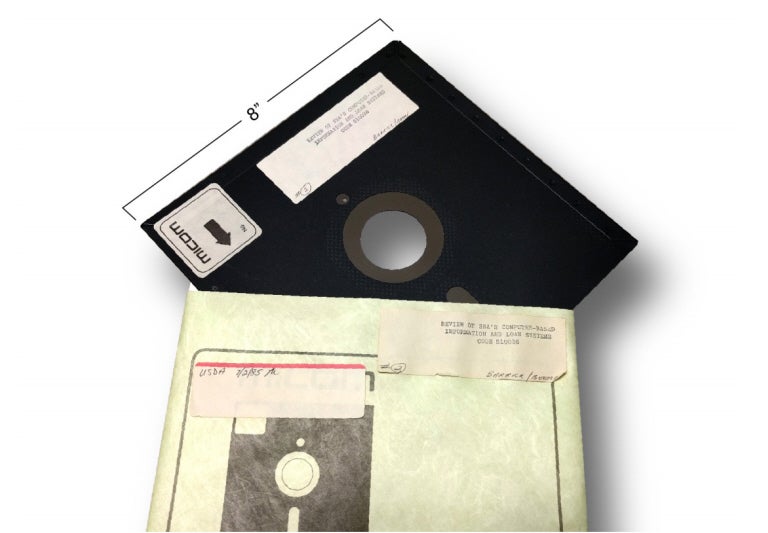 A weird and totally true thing about the modern world is that whoever gets to be President of the United States has 7,100 nuclear warheads at their command. Theorized in the 1930s and first built and used in the 1940s, these weapons shape the outer bounds of human conflict: they’re powerful, they’re terrible, there is not much we can do about them, and they’re waiting to end the world the moment an equal number of Russian nukes launch. Should that fateful day come to pass, we’ll initiate the apocalypse with another similarly anachronistic technology: floppy disks.

As the Government Accountability Office blandly noted in a recent report on legacy systems, the Department of Defense Strategic Automated Command and Control System, which “Coordinates the operational functions of the United States’ nuclear forces, such as intercontinental ballistic missiles, nuclear bombers, and tanker support aircrafts.” is woefully outdated. How outdated? “This system runs on an IBM Series/1 Computer—a 1970s computing system— and uses 8-inch floppy disks,” according to the GAO report.

Floppy disks are perhaps best memorialized as the weirdly shaped icons denoting “save” on word processors. I haven’t used a floppy since the early 2000s, and even then, it was a hard-body 3.5 inch. The 8-inch floppy dates back to 1971, when Nixon was still in his first term. Why are they still in use?

“This system remains in use because, in short, it still works,” Pentagon spokeswoman Lt Col Valerie Henderson told the AFP news agency.

And that’s largely true! The Pentagon still flies B-52 bombers, which first rolled out of the factory in the 1950s. (Other B-52s are museum pieces). Upgrading a system that does its job is a low priority, unless there’s a very compelling reason.

The U.S. nuclear deterrance floppies are set for an upgrade beginning in 2017, with the hope that it will be complete by 2020. In its place, we can expect something far more sophisticated, though also something far more vulnerable.

The IBM Series 1 Computers which use the disks, and the disks themselves, are secure against attack partially through the difficulty of accessing and replicating them. USB ports, and the accompanying flash drives that go in them, are such an easy way to distribute malicious programs that security researchers sometimes just drop flash drives on the ground and college campuses and count how many get plugged in. (It’s usually about 50 percent).