Foam armor for the future 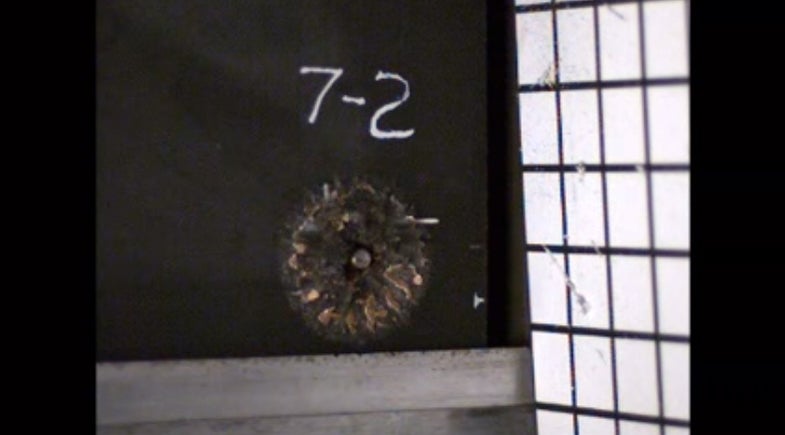 For thousands of years, armor was something people wore. Gunpowder, which could launch projectiles straight through metal garments, changed that, and with the invention of the tank in World War I, armor become something people rode inside. The invention of Kevlar in 1965 brought back wearable armor, and then armor-piercing bullets were designed to punch through that. The next stage of armor might be more of a giant leap than an incremental improvement: A new type of composite metal foam can stop an armor-piercing bullet in just a fraction of an inch.

Developed by NC State professor of mechanical and aerospace engineering Afsaneh Rabiei, this foam absorbed so much of the bullet’s impact that the indentation on the target was less than a third of an inch (8mm, to be exact). The armor itself is just an inch thick, and it’s made of boron carbide ceramics as the strike face, a composite metal foam as an energy-absorbing middle later, and either a strong aluminum 7075 or Kevlar panels backing it up.

Rabiei tested the foam against the standard NATO 7.62×51mm rounds. She also tested it against the 7.62 × 63-millimeter bullet, a type of ammunition rarely used in combat today. The composite metal foam armor met the Department of Justice’s standards for Type IV armor, useful against armor-piercing bullets.

Watch it, slowly, below: