Three Ways To End Life On Earth, According To 1962

A disturbing thought experiment (with diagrams) by Cold War-era scientists 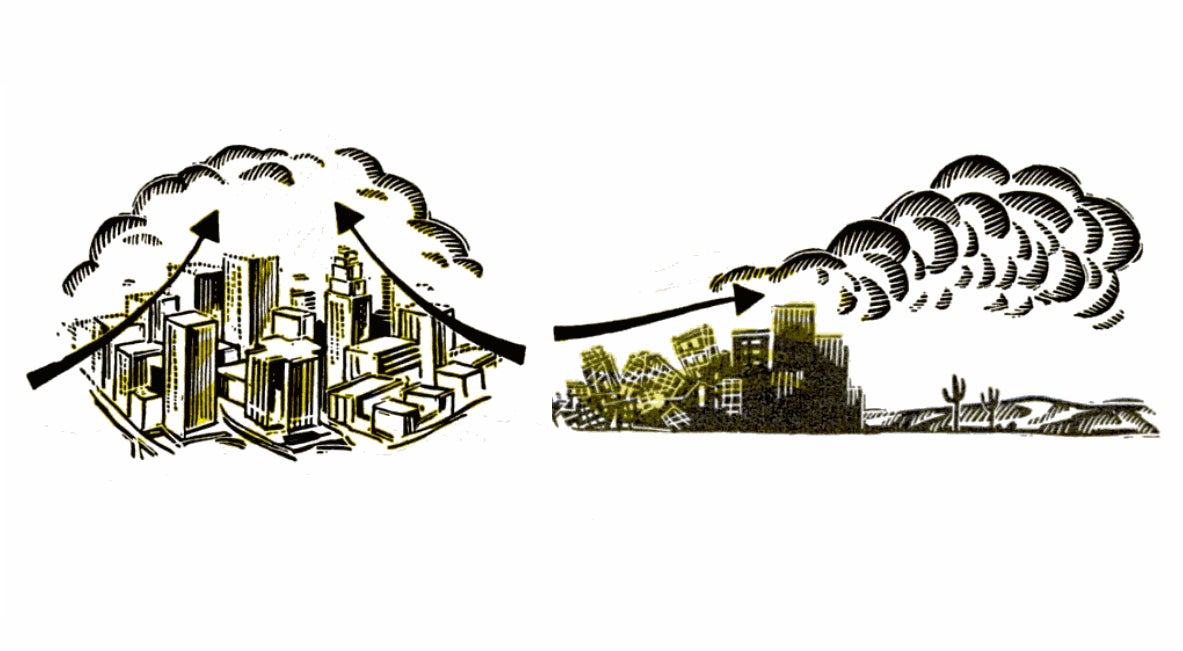 One way to destroy civilization

This article, written by Martin Mann, originally appeared in the September 1962 issue of Popular Science magazine. “Man’s Last Big Blast,” published just a month before the Cuban missile crisis, describes in frightening detail the ways in which so-called Doomsday weapons could end human life on Earth.

Leaking past security are hints of a new and terrifying weapon: the Doomsday Bombs. These are Gargantuan bombs designed, in their ultimate form, to put an end to the world. They pose a completely new kind of danger to mankind, so grave that it is difficult to grasp. These are not just bigger and deadlier bombs. They are, as no weapon before has ever been, the ultimate weapon. They could put our entire planet at the mercy of a few men possessing a few pushbuttons.

The first tip-off was the Russian A-tests last fall. Our tests this spring may have pointed the same way. No official will say that Doomsday Bombs are now being developed. But meager announcements in speeches dovetail with published facts on hydrogen bombs. Several scientists have already put together parts of this jigsaw puzzle, sketching a picture documented with convincing detail.

The Doomsday Bombs they foresee are not military weapons. Such bombs cannot be used to win a war; everybody on all sides gets killed. Instead, they would permit vicious blackmail. They become the international equivalent of the bottle of nitroglycerin waved by the bank robber—the guy who walks to the teller and threatens to blow up everthing, himself included, unless he gets the money.

Does total war then become total suicide? Are fallout shelters useless—or worse than useless? Could any two-bit tyrant, by threatening universal destruction, blackmail the whole world?

Herman Kahn brought up Doomsday in his blood-curdling treatise, On Thermonuclear War. He outlined three technical ways to bring about the end of the world:

Doomsday No. 1 is at present pure science fiction. (In fact, it’s the basis of the plot of a British movie, The Day the Earth Caught Fire, now playing in the U.S. The earth tilts on its axis, with lurid effects.)

How to make Earth inhospitable to humans

But the other two schemes have been worked over by scientists:

First will come not-quite-Doomsday Bombs—country-busters, which at one blow could wipe out a whole nation and quite possibly a continent.

Finally the country-busters will be “improved” to true Doomsday weapons, which could ring down the curtain on humanity.

How big is big? The country-busters start as large H-bombs—very large, possessing explosive power of 1,000 megatons (equivalent to a billion tons of TNT). The Russians have a 120-megaton “device” now. It was tested last fall, but muffled with a lead jacket to hold the actual explosion down to 58 megatons. So the country-busters require only a tenfold increase over what already exists. That is fairly easy. Bombs of any size can be made. There is no limit.

The more explosives used, the bigger the boom. The explosive, unfortunately, is cheap and easy to come by, at least on the scale of modern military budgets. It is deuterium, the special form of hydrogen that can be separated from ordinary water.

Deuterium oxide—heavy water—is in commercial production today in many countries. It sells for $20 to $30 per pound. A 1,000-megaton bomb would need 50 tons of heavy water—a few million dollars’ worth. Bombs of this size are not simply more destructive. They can wreak completely new kinds of horror.

How to burn up the world. The fantastic power of an H-bomb comes out largely as heat. It’s as through a miniature sun lit up near the earth. Even the piddling 20,000-ton A-bomb exploded above Hiroshima started fires over an area one mile across.

Larger bombs generate more heat. But there’s more to it than that. How the bomb is used makes a big difference.

An explosion on or near the ground heats up the air, making it expand and blast everything to bits. The blast pulverizes a large area, but not a continent or even a state.

If the bomb goes off very high up, there is no air to create blast. But without air, the heat is not absorbed. It travels like light in straight lines, unimpeded, for very long distances above the atmosphere. Then it sears the ground over a tremendous area, almost as if the bomb were everywhere overhead.

Read the rest of the article in the September 1962 issue of Popular Science magazine.