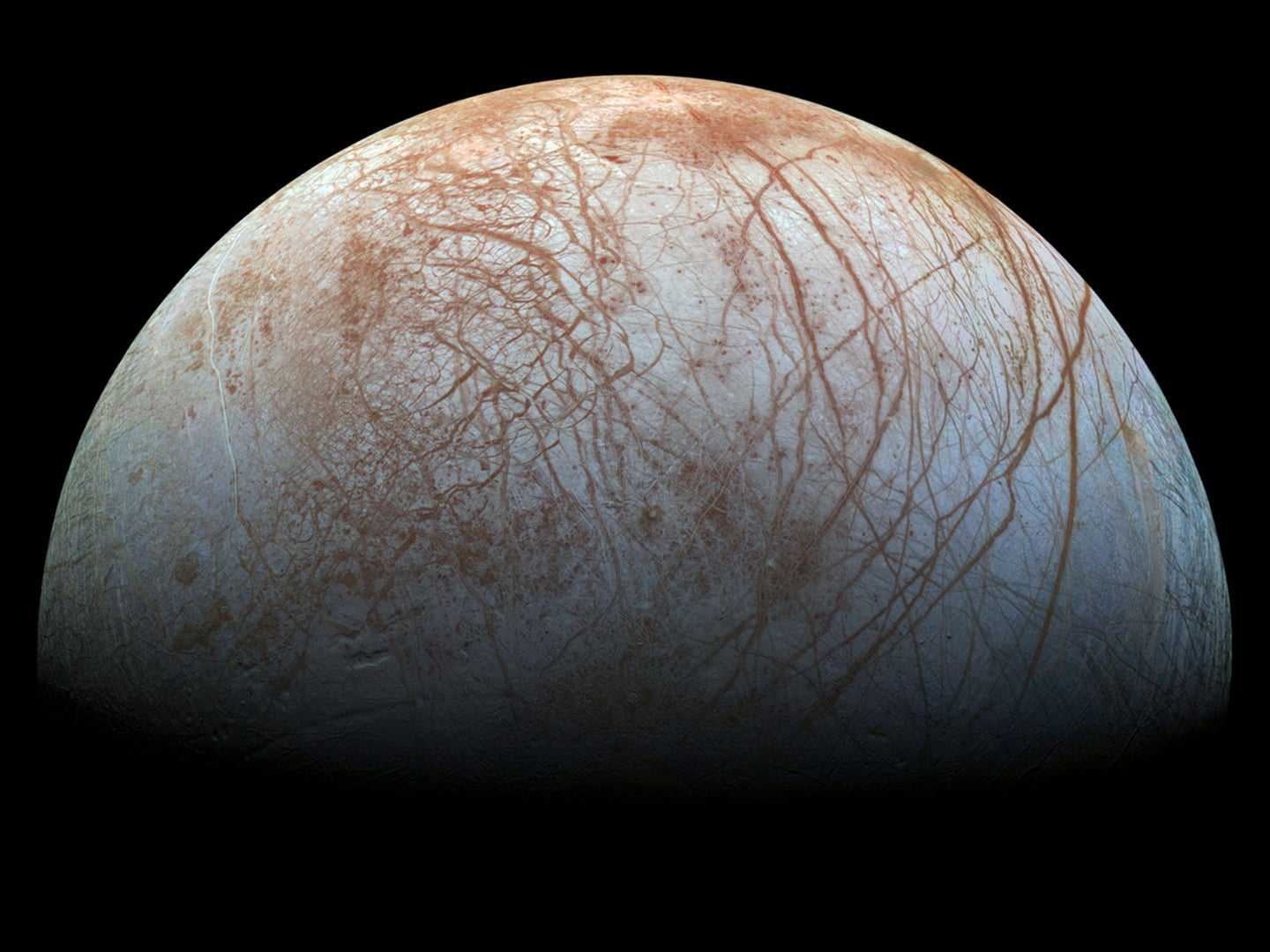 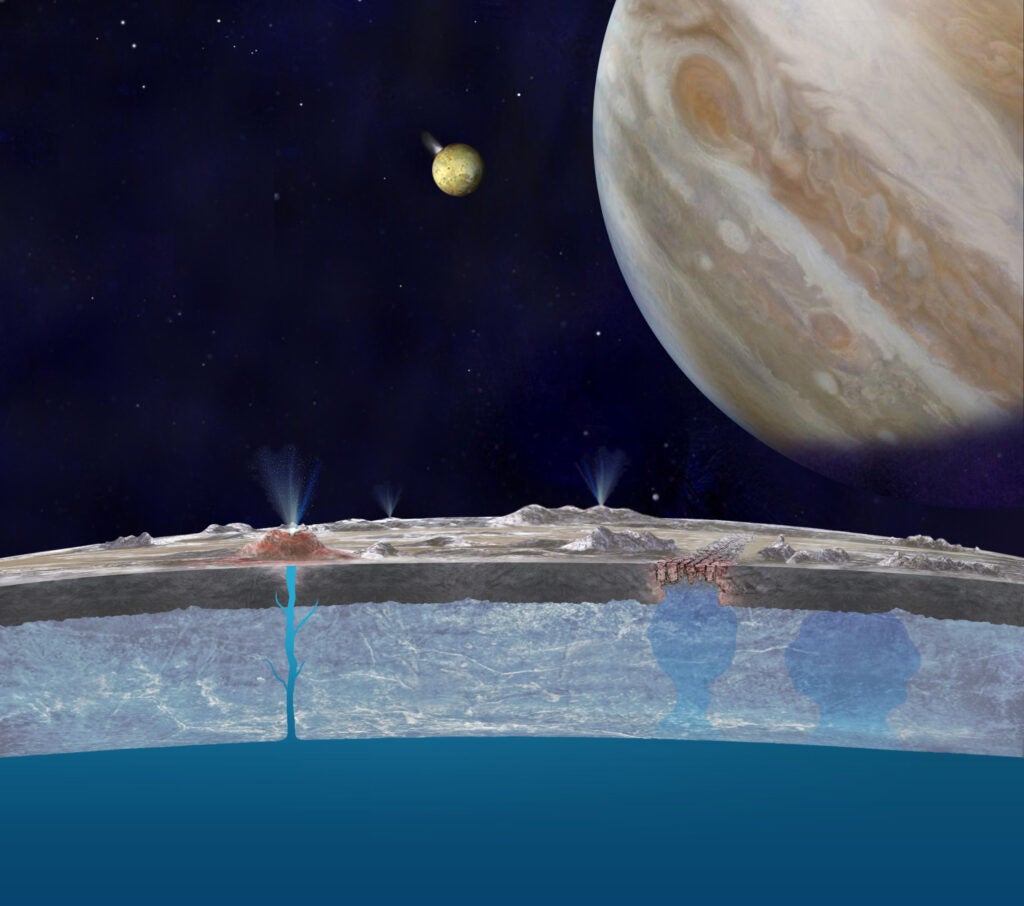 Update 6/18/2015, 1:15pm: Barry Goldstein, manager of the Europa project, got back to us on some questions we had about this update. He says that, after passing a concept review, the project has now officially secured a few years’ funding to develop a detailed design and get ready to start building. What’s next? “Lots of analysis, requirements generation, and design,” says Goldstein. “We put enormous effort into making sure that we are seeking answers to the correct scientific questions and we are building the right equipment to accomplish this.”

Europa, Jupiter’s frigid moon, may not look very welcoming from the outside. But it’s what’s inside that counts, and scientists are pretty sure there’s a liquid ocean beneath that icy shell. Europa could be prime real estate for simple alien lifeforms, and sometime in the 2020s, NASA’s hoping to send a spacecraft there.

Although NASA’s mission to Europa won’t directly look for life, it will carry nine instruments that will tell us whether life could survive on Europa. The mission has just moved from the concept phase to development, NASA announced last night.

“Today we’re taking an exciting step from concept to mission, in our quest to find signs of life beyond Earth,” said John Grunsfeld in a press statement.

On Twitter, NASA systems engineer Bobak Ferdowsi (a.k.a “Mohawk Guy”), sums up our feelings on this quite nicely:

And if you’re not yet that excited, this video explains why a mission to Europa is one of the greatest things NASA is doing right now: