The aerobiologist uses drones to study the almost unknown ecosystem above our heads. 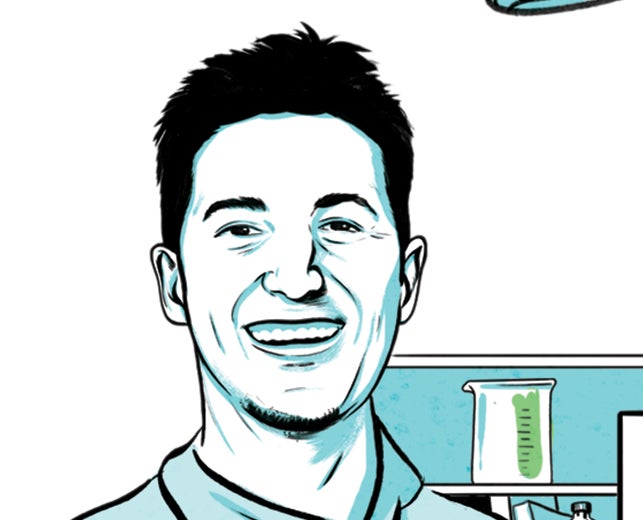 Aerobiologist David Schmale hunts killers. An associate professor of food safety and plant biosecurity at Virgina Tech, Schmale sends drones armed with petri dishes into the atmosphere to capture airborne crop pathogens. The data he has gathered explains how pathogens ride on wind currents and provides a glimpse into an almost unknown ecosystem far above our heads.

Schmale developed his unmanned aerial vehicles with a colleague at Virginia Tech as an alternative to costly manned research flights. With the data he has collected thus far, Schmale has built a model of atmospheric circulation that shows large sections of air sweeping across the face of the planet like waves across an ocean, transporting dust and microbes thousands of miles. “Microbes can move across continents and jump major oceans,” Schmale says. He’s planning to adapt his model to predict the movement of plant pathogens, which could help farmers preemptively protect their crops by describing where to strategically deploy pesticides.

Schmale thinks microbes may hitch rides in clouds as well as on the wind, so he’ll be sending his drones into them to collect samples. If clouds provide a longer-term reservoir of bacteria and fungi, the already complex dynamics of microoganisms flying through the air could be even more intricate than previously thought.