NASA filled the sky with glowing blue and green clouds

It looks like a Fourth of July display, but it’s for science. 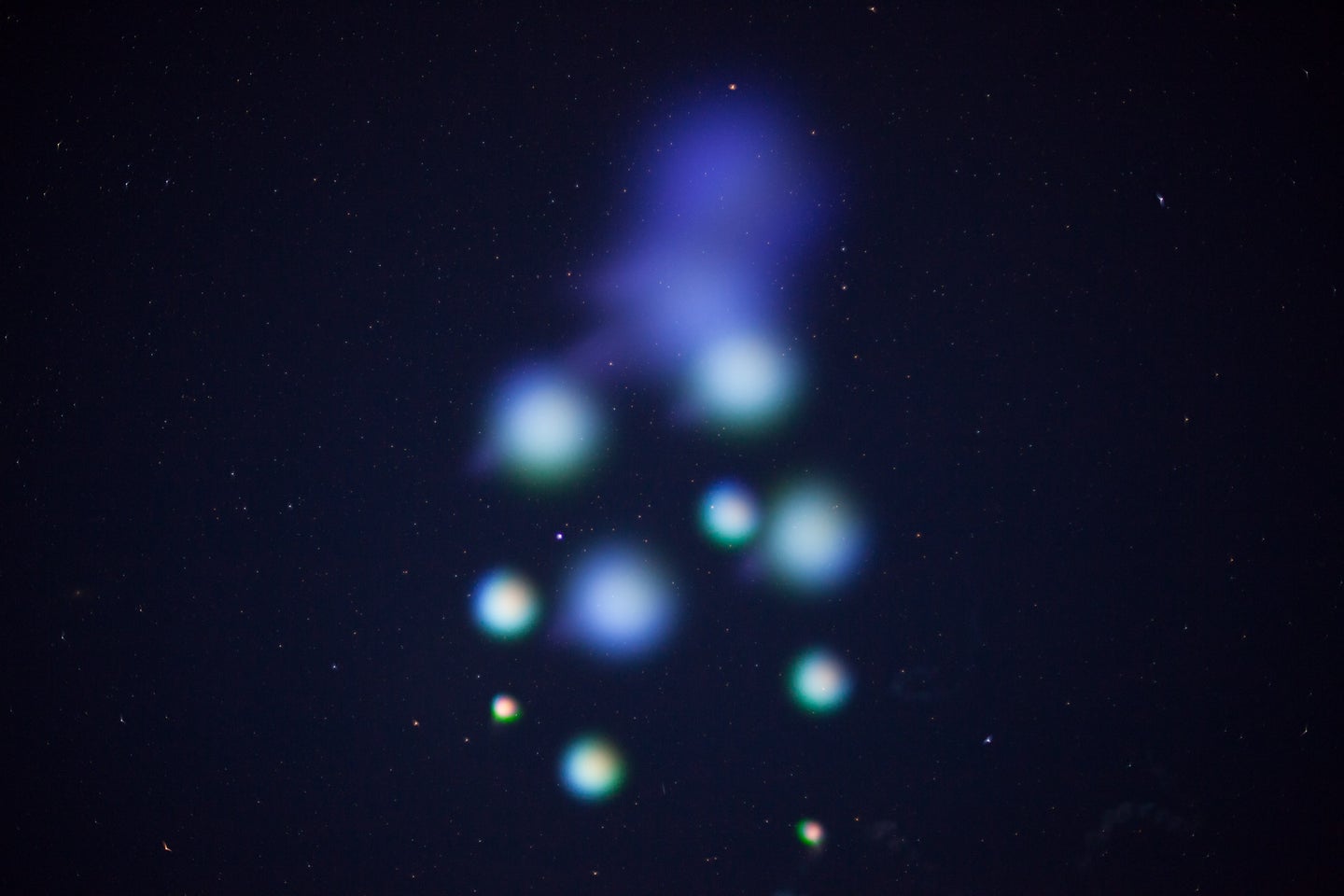 If at first you don’t succeed, try, try again. That should be the motto for a NASA mission that has finally launched after no less than 11 scrubbed launch attempts.

Since June 1, NASA has been trying to launch a small rocket to study the Earth’s upper atmosphere. In the wee hours of Thursday morning, the rocket finally carried its payload into space, giving a spectacular light show along the east coast, from New York to North Carolina.

A few minutes after liftoff, the rocket ejected 10 soda can-sized containers of barium, strontium, and cupric oxide (the same types of elements used in fireworks). The canisters burst into colorful clouds that, as they drift, help scientists study how ions move in the ionosphere—the part of our atmosphere that interacts with the charged particles streaming from the sun. These types of studies can help scientists understand auroras and predict the effects of space weather.

Wallops Flight Facility, where the rocket launched from, has received more than 2,000 photos and videos of the festive display. So worth the wait!