It's on Google Street View, and it looks incredible. 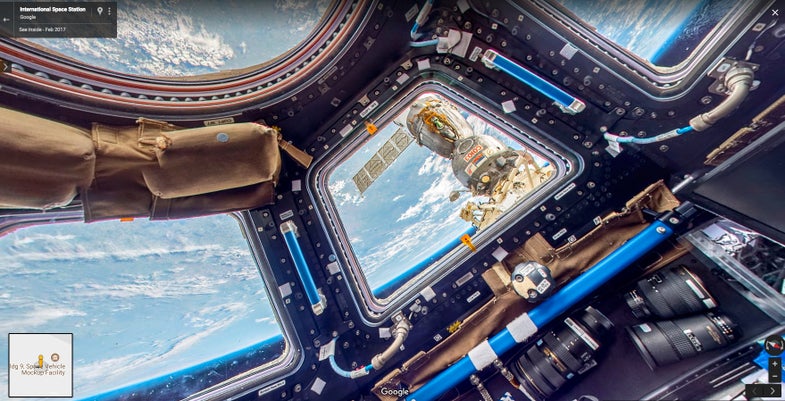 The inside of the ISS cupola on Google's Outer Space view. Google
SHARE

Google’s street view takes us to some pretty wild places. From the comfort of your computer, you can visit a tiny train ‘Wunderland’, pilot the Millennium Falcon, rock climb in Yosemite, or zip line through a rainforest, among many, many other adventures.

Now, you can also go to space and see the interior of the ISS in remarkable, 360-degree detail.

The new look at the space station was provided by astronauts, including Thomas Pesquet, who worked with Google to gather the data for what they’re calling Outer Space View.

In a blog post, Pesquet also notes that this is the first time annotations have been included in Google’s Street View, with helpful notes about different objects and places places all around the ISS.

Go on, explore. You already know that it’s literally out of this world.