Monarch butterflies are beloved—and declining for this sad reason

Scientists trawled thousands of volunteer surveys over 25 years to understand what imperils the insects. 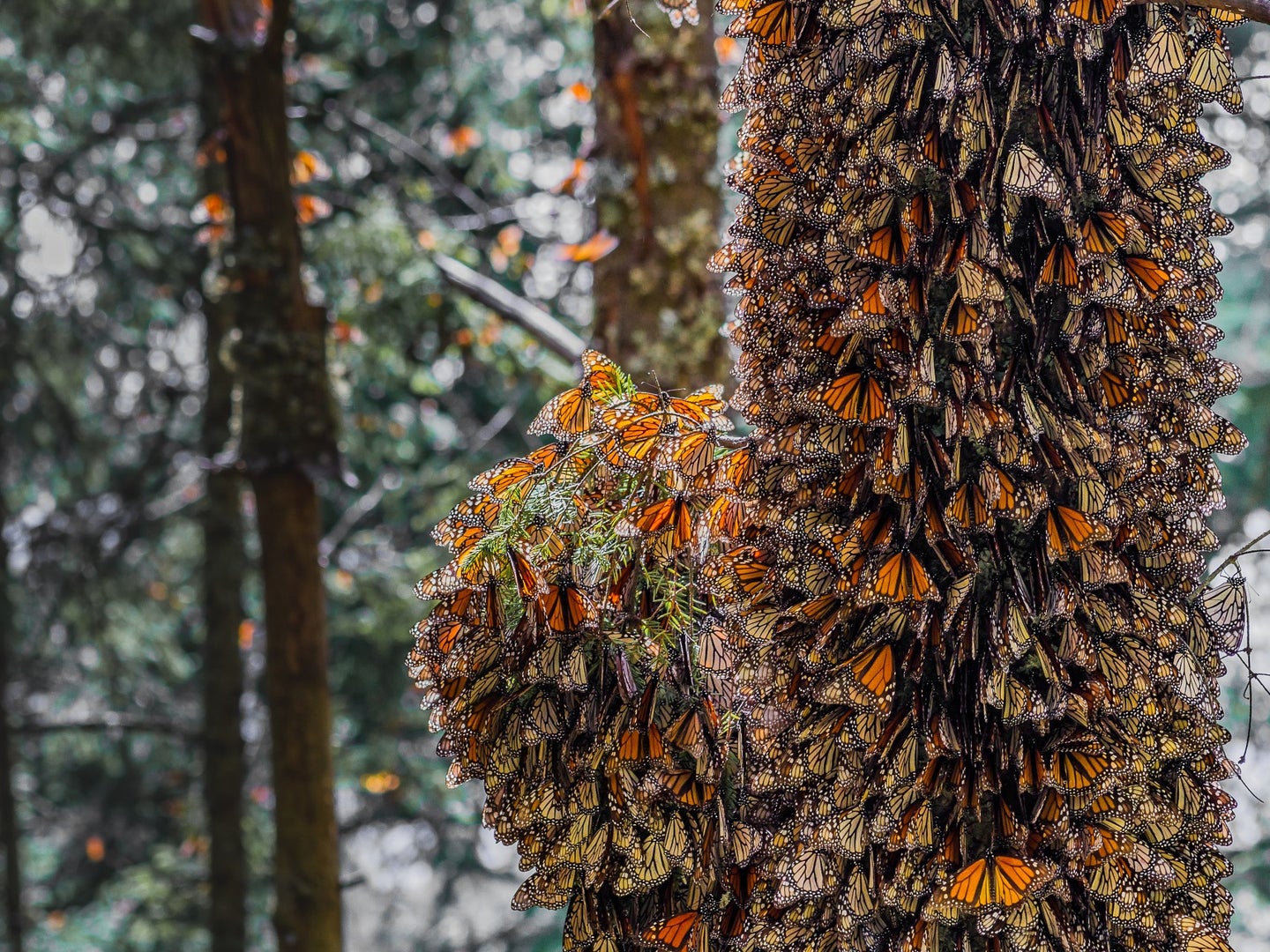 A new study found that monarch butterflies are especially sensitive to weather conditions in their spring and summer breeding grounds.
SHARE

For the past three decades, monarch butterflies have been dwindling. The iconic bugs face a number of threats in North America, from weed killers to climate change, but it hasn’t been clear which one has been the most damaging.

A new study, however, indicates that the butterflies are especially sensitive to weather conditions in their spring and summer breeding grounds. Scientists analyzed data from more than 18,000 monarch counts from across the United States, Mexico, and Canada spanning 25 years. They found that over the past 15 years, climate had an influence on the eastern monarch population that was nearly seven times that of other variables such as herbicide use.

The findings may have conservation applications for both monarchs and insects elsewhere in the world, the researchers reported in Nature Ecology & Evolution on July 19.

Insect populations are declining in many areas due to human activities, including habitat destruction, pesticide use, and climate change. “People love monarchs, but this also gives us some insights into how other butterflies and pollinators might be responding to climate change,” says Elise Zipkin, director of the Ecology, Evolution, and Behavior Program at Michigan State University in East Lansing and a coauthor of the findings. She says the technique they used in the study can be adapted to study other species of insects as well. “Insects play really important roles in the ecosystem, so it’s important for us to understand how they’re affected and what we can do about that.”

Monarch butterflies are found across North America in two migratory populations separated by the Rocky Mountains. The eastern population is larger but has shrunk significantly since the mid-1990s; the most sobering estimates suggest that monarch butterflies have plummeted by up to 80 percent, Zipkin says.

Scientists have struggled to disentangle the reasons for this decline, partly because of the monarchs’ famously complex lifecycle. Each year, the eastern population undertakes a multi-generational voyage that covers hundreds of miles at least. The journey begins in late February and March as monarchs leave their winter habitat in central Mexico. The butterflies breed and produce the year’s first generation of caterpillars in the southeastern U.S. This generation migrates to the northern part of the country and southern Canada in May and June, then produces two or three more generations. The final generation then heads southward in late August, eventually gathering in dense colonies in high-elevation Mexican forests.

[Related: To save monarch butterflies, we need more milkweed.]

One explanation for the monarchs’ struggle is the widespread loss of milkweed, the only plant that can host and nourish their larvae. During the mid-nineties, the introduction of crops genetically engineered to withstand the herbicide glyphosate led to the chemical’s usage ramping up in agricultural areas across the Midwest, destroying large amounts of milkweed in the process.

There’s also evidence that monarchs are dying enroute to Mexico due to disease or a changing landscape, with developed areas hosting fewer plants to sustain the traveling insects with their nectar.

Scientists also suspect that climate change in their warm-weather habitat is taking a toll on the butterflies. “Insects need very specific climate conditions to be able to survive and develop from their eggs all the way through the butterfly stage,” Zipkin says. Weather conditions are becoming increasingly inhospitable for monarchs and native milkweeds in the southern part of the spring and summer breeding ranges, she and her colleagues noted.

To understand how much each of these stressors is affecting the eastern monarch population, Zipkin and her colleagues drew on monarch population surveys collected between 1994 and 2018 from central Mexico, eight states in the Midwest, and southern Ontario.

The team then split their analyses into two periods ranging from 1994 and 2003 and from 2004 onwards, by which point butterfly population records had become more detailed. The researchers also broke their estimates down by season. They first examined the monarch population between February and August of each year in relation to variables such as temperature, precipitation, and herbicide use. The researchers then examined how closely several variables—including the summer population size and vegetation cover along the butterflies’ autumn migration route—were tied to the size of monarch colonies in early winter.

“Unless more data become available somewhere, it’s impossible to say with certainty what caused the decline during that earlier time period,” Zipkin says.

She and her team observed that monarchs tended to thrive when weather conditions stayed close to average in their spring breeding grounds, and when temperatures in the northern and southern parts of their summer habitat weren’t too cool or warm, respectively.

As a next step, the researchers are studying how climate change is likely to affect the butterflies in different parts of their range.

“If we can figure out which areas are more likely to be good for monarchs,” says Zipkin, “we can focus conservation and [habitat] restoration projects in those areas.”