Is captive breeding part of the problem? 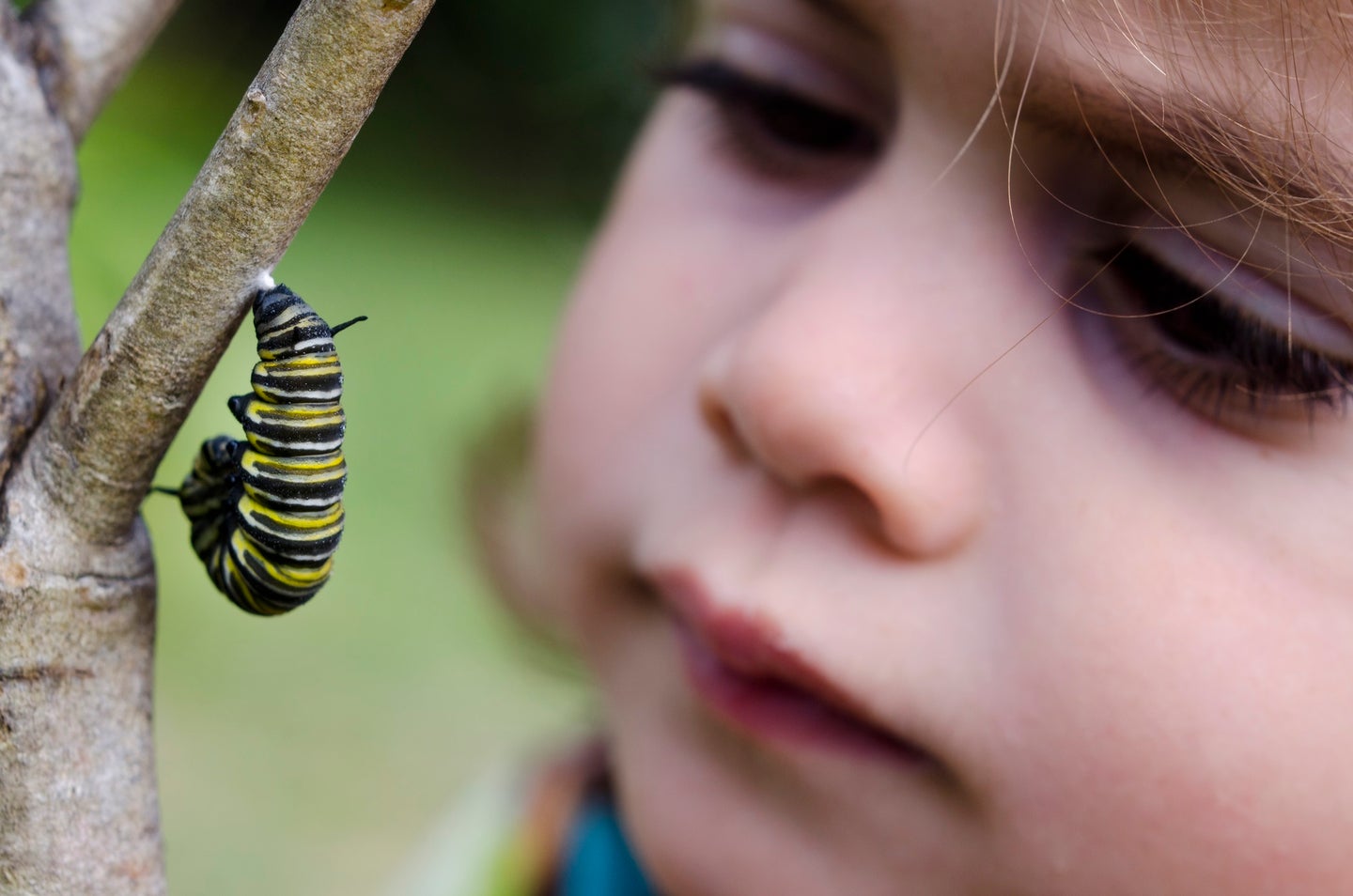 Populations of the beloved monarch butterfly have dropped to concerning numbers over the past three decades, but ecologists haven’t quite been able to put a finger on the issues.

The downward trends are likely due to a combination of factors, including habitat loss and climate change. But in a recent study published in the Journal of Animal Ecology, researchers from Emory University and the University of Georgia added another culprit to the list: the Ophryocystis elektroscirrha (OE) parasite. The rise in OE-infected monarchs has led some experts to wonder whether certain conservation tactics may be aiding the pathogen’s spread.

The OE parasite, a single-celled microscopic organism, has been identified in all monarch populations to date. Its spores cluster on the outside of the adult butterflies’ bodies in numbers that can reach thousands or even millions. When the insects breed, the spores scatter onto milkweed leaves and monarch eggs. The stripy caterpillars then consume the spores and become hosts in which the parasite replicates.

Previous studies have already shown that OE infection reduces monarch survival, reproductive success, and flight ability. But there is now evidence that the parasite is doing even more damage than previously thought, to the point where it “might be killing tens of millions of migratory monarchs on a yearly basis,” the paper states.

Each fall, North American monarchs migrate from their summer breeding grounds to overwintering locations. Populations east of the Rocky Mountains, which account for 99 percent of all monarchs, travel up to 3,000 miles to central Mexico. Populations west of the Rockies embark on a shorter migration to the California coast.

[Related: Monarch butterflies show hints of a comeback out West, but experts are cautious]

The study found that in years when summer colonies have high infection rates, winter colonies turn out to be smaller than expected, and vice versa. This suggests that monarchs with OE parasites are dying off during the fall flight in a process called migratory culling. The result is that fewer of the butterflies make it to the overwintering site—the vast majority that does is likely free of parasites.

“It’s been shown that infected butterflies have lower flight ability and suffer from all of these fitness ramifications, but this is the first time it’s really been shown on a population level that a really important feature of monarch biology is affected by the rate of infection,” says Karen Oberhauser, director of the University of Wisconsin Arboretum.

To arrive at this finding, the researchers gathered data from more than 60,000 North American monarch samples that span five decades. What they found was that in the early 2000s, parasitized rates among breeding and migrating adults in the Eastern population increased drastically, jumping from an average of 0.5 percent prior to an average of more than 10 percent. In 2015, the rate reached 17 percent, the highest recorded yet.

“We have definite evidence that infections are increasing, and we have evidence that migration is helping get rid of the infected monarchs,” says Ania Majewska, a postdoctoral fellow at Emory University and co-author of the study. “But if there are more infected monarchs, the more of them are going to perish. And they’re going to be perishing faster in other seasons, too. So overall, it’s not a good situation for the monarchs.”

Majewska points out that a smaller-than-usual winter colony paired with a bad weather event could decimate that year’s monarch population and trigger long-lasting effects.

What the researchers do not understand yet is the driver behind the sudden rise in infection rates in the early 2000s. The study’s findings offered one clue: the more abundant the host, the more prevalent the parasite, signaling that OE does best in high-density environments.

One possible reason for increased infection rates is crowding as a result of habitat loss. In the late 1990s, agricultural needs promoted the use of herbicides that happen to eradicate milkweed—crucial habitat for monarchs. The loss of milkweed forced the butterflies to concentrate in fewer areas, creating high-density environments that favored parasite spread in the early 2000s, Majewska speculates.

Another potential cause of increase in infections is the planting of tropical milkweed. In an effort to restore monarch habitat, individuals and organizations began fervently planting milkweed in home gardens and at larger scales starting in the late 1990s, and continue to do so today. However, those butterfly attractors can backfire if people choose the tropical rather than native species. Since tropical milkweed does not die back in the winter, it allows OE parasites to survive through the cold season and continue to proliferate.

Andy Davis, an ecologist at the University of Georgia and co-author of the study, also hypothesizes that commercial and homeowner rearing efforts might have an impact on parasite prevalence. He thinks that these activities, which also started to become popular around the late 1990s, lead to the contamination of entire monarch batches that are later released into the wild.

Oberhauser notes that it’s still too early to attribute any particular cause to the uptick in parasites over the last two decades, but does recommend taking precaution in a situation as delicate as the monarch’s.

“If there’s a chance that mass rearing and planting tropical milkweed is hurting monarchs—and I think that there is a chance—then we shouldn’t be doing it,” Oberhauser says, “at least at the [population] levels we are at now.”

The butterfly has already suffered declines steep enough to possibly qualify for federal protection, but in 2020 the U.S. Fish and Wildlife Service decided not to list it as endangered as there were 161 other species of higher priority. In the meantime, monarchs will be depending on grassroots conservation efforts that aim to grow back native milkweed, protect existing habitat, and learn more about migration and OE prevalence through citizen science projects.