Like your grandparents, monarch butterflies are now wintering in Florida 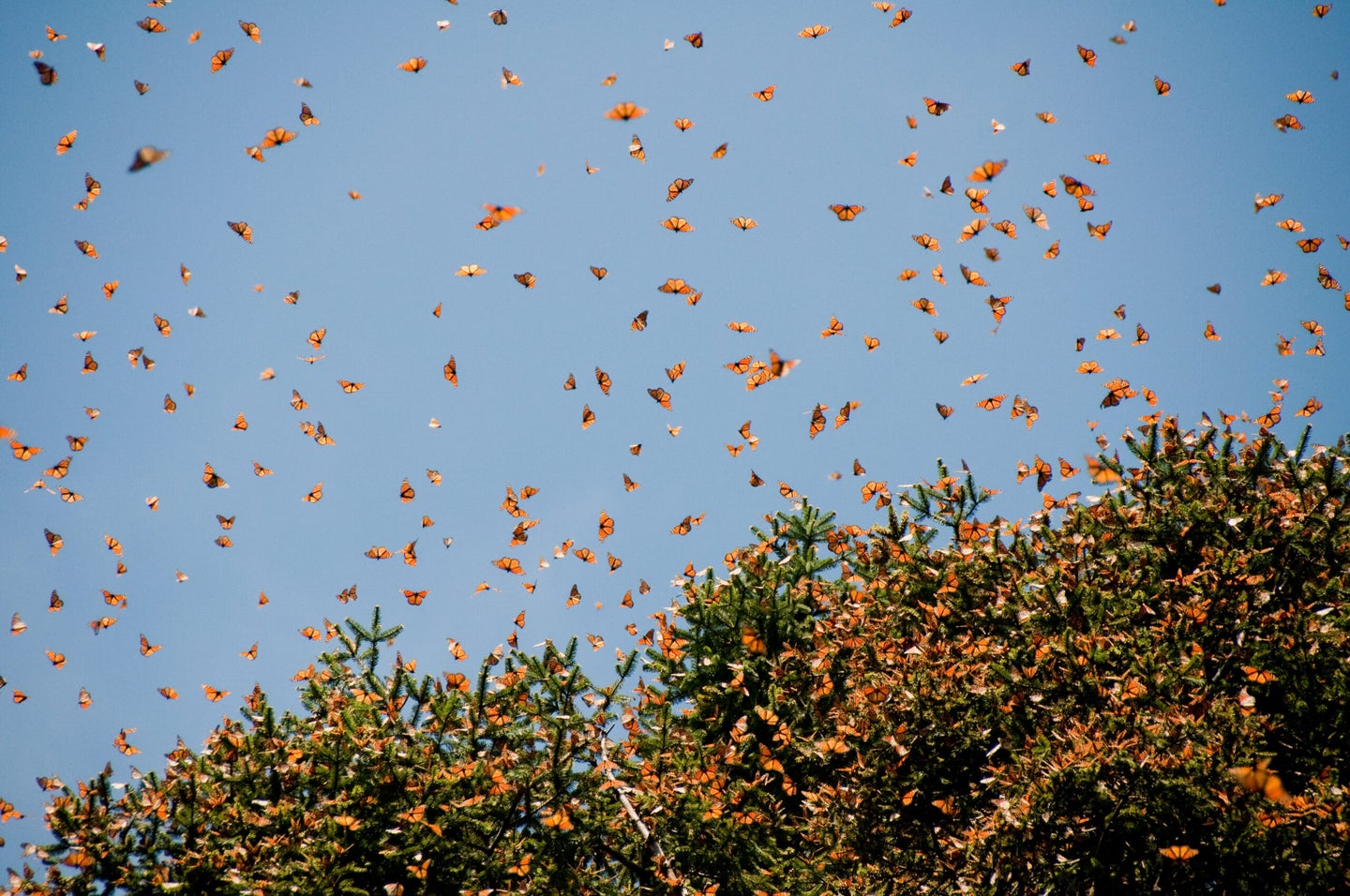 Each year, butterfly fans across the eastern United States watch as the monarchs flap thousands of miles across the country to their overwintering sites in Mexico (western monarchs overwinter in California.) Once there, they dive into nap mode on a tree, surviving off fat stored up on the trip down. Scientists once thought that all of the monarchs in eastern North America followed this path, although they’ve known about small non-migratory populations in warmer parts of the country for a while now. A new study out today in the journal Animal Migration contradicts prevailing wisdom about where at least some migratory monarchs go in the winter—and what they do when they get there.

Using a technique called stable isotope analysis, researchers sampled the wings of a subset of a non-migratory population of monarchs located in south Florida. What they found was unexpected: Almost half of their sample—forty-eight percent—came from elsewhere. The monarchs had grown up as far away as the Midwest and Texas, parts of the monarch’s broad summer breeding range, which suggests that most of them made the trip deliberately, rather than just being blown off-course during their flight south. In southern Florida, unlike their overwintering in central Mexico, the monarchs just hang out and mix with the local population.

It’s unknown how many head back north during breeding season, and how widespread this behavior is, says study author Marta Wayne, a biologist at the University of Florida. But the technique they used could help them find these answers. Originally, Wayne says, the team planned to use genetic analysis on the butterflies. However, there isn’t much genetic variability in the monarch population, she says, and stable isotope analysis, which looks at the different chemical elements fixed in the monarch’s wings as they developed, can reveal where they were as caterpillars. Different places in the country have different isotopes, and they are contained in the milkweed that the monarchs ate as caterpillars. Monarch wings don’t regenerate, so the isotopes they picked up when they grew their wings remain fixed.

“This paper really throws a new variable in this monarch migration story we’ve all been told,” says Andrew Davis, a University of Georgia biologist who wasn’t involved in this paper. Davis is a monarch butterfly expert and the editor of Animal Migration. Over the past twenty years or so, Davis says, the number of monarchs making it to Mexico has fallen dramatically, leading to great concern about the potential fate of the monarchs, he says. That’s because it was long thought that all—or nearly all—of the monarchs made the annual migration to Mexico. But this new paper offers a strong suggestion that some are actually going to other places, like south Florida, he says.

Elsewhere along their normal range, monarchs are still being spotted, he says, and there’s not the same evidence of a decline as in their Mexico overwintering sites. Where the monarch population actually stands—whether it’s declining or migration is changing or both—will be resolved only with further study. “I think it’s very important to keep benchmarking it and tracking it,” says Wayne. This new study provides evidence that there’s still lots to know about this iconic insect.