We Might Never Find Alien Life With Current Technology

The search for aliens could remain fruitless, a new study finds. 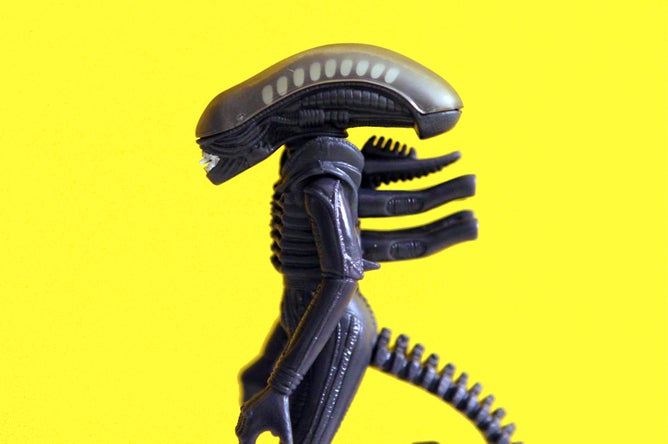 Given that we are unlikely to be visiting an exoplanet any time soon, astronomers have been contemplating whether it might be possible to detect indications of simple life – a biosignature – from a distance. Many think that the strongest case for extraterrestrial life would be the discovery of oxygen and methane on the same body. They also think that the likelihood of finding such a biosignature is greatest on an Earth-like planet that is orbiting a sun-like star.

Astronomers who hope to search for these biosignatures in expolanets, however, may be in for a disappointment. New research finds that there is no way we can confirm that such a signature is actually the result of extraterrestrial life. The problem, it turns out, is that an exomoon’s atmosphere will be indistinguishable from the one of the planet it orbits.

Searching for extraterrestrial life is no easy feat. Astronomers have to first search for a star that has planets. Then they have to ensure that there is at least one planet that orbits this star in the habitable zone, which is a region around the star in which we might expect liquid water. Finally, they have to record the faint light that originated from the bright star and was reflected off the exoplanet after having passed through its atmosphere.

This faint light, even if only a handful of photons, when compared with light from the parent star is enough to give some indication of the chemicals in the atmosphere of this planet. Life as we know it creates two gases that wouldn’t naturally be present in an atmosphere at the same time – oxygen from photosynthesis and methane from microbes.

Both oxygen and methane can be created independently by non-living processes, so their individual presence is of little interest. What scientists are looking for is both of them in the atmosphere of a single body. If these reactive gases are not constantly replenished by living things, they will react with each other, creating carbon dioxide and water. As a result, we should not observe them in the same atmosphere without a large, living source.

In the new study, published in the Proceedings of the National Academy of Sciences, Hanno Rein at the University of Toronto and his colleagues wanted to know whether anything else could mimic this biosignature. While working through potential false positives, which are signals that would show signs of life but in reality there isn’t life, he found a big one: exomoons. Rein found that observers on Earth will not be able to tell whether the signs of methane and oxygen originate from a single celestial body, or come from two nearby worlds.

This could happen because, just as Earth has a moon, there is a chance that exoplanets will have exomoons. While we have yet to find an exomoon, looking at the various moons of our solar system’s planets suggests that exomoons ought to be plentiful. However, even if they are plentiful, chances are that exomoons will be difficult to spot.

If both these celestial bodies have an atmosphere and in their atmospheres the exoplanet has oxygen and the exomoon has methane (or vice-versa), then an observer on Earth will record an oxygen-methane biosignature. This might seems like evidence for life, whereas in reality both these gases are being produced by non-living processes on two separate celestial bodies. Since they can’t react with each other, they will be able to build up to high levels.

Rein limited his analysis to biosignatures coming from Earth-like planets orbiting a sun-like star, which is the combination that astronomers are betting has the greatest chance of hosting life. The American space agency NASA recently announced that they had found such an Earth-sized planet less than 500 light years away, although the star it orbits isn’t sun-like.

While their analysis might seem quite restrictive and involves a number of assumptions, it does not really matter: interpretation of biosignatures needs to be flawless. According to David Cullen at the University of Cranfield, “This study seems to highlight a real issue that will needed to be considered, along with other issues, when interpreting biosignatures.”

Rein himself was surprised to find such a limitation. However, he sees the results of his work in positive light. “Finding such a limitation tells us what we should focus on in the future. Rather than a restricted search for Earth-like planets orbiting sun-like stars, we should broaden our search,” he said.

What this research shows is a need to move away from a highly focused search for extraterrestrial life that is currently in place. Rein points out that the chances of eliminating such false positive biosignatures increases as the star becomes dimmer or larger planets are considered. Perhaps alien life is not just unlike that on Earth, but it is also resides in a place that is unlike Earth.