IBM’s Watson Can Now Argue For You

The supercomputer has been programmed to lay out the pros and cons of an argument. Thanksgiving is saved! 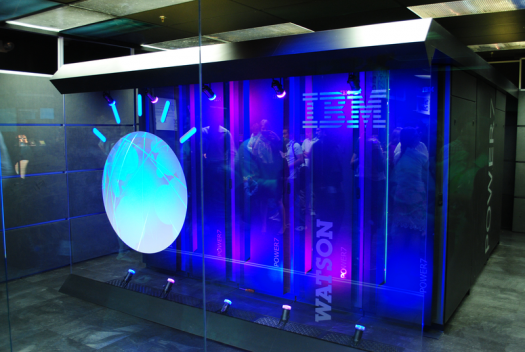 IBM’s Watson supercomputer has already mastered Jeopardy! and can even whip up an innovative recipe. Next step: it’ll be elected to the presidency after dominating against humans in a series of debates.

The computer’s new Debater function is what it sounds like: after being given a topic, Watson will mine millions of Wikipedia articles until it determines the pros and cons of a controversial topic, and will the enumerate the merits of both sides. Argument over. Move along.

Or, maybe not. In the video below you can see a demonstration of the process at 45:25. Watson searches Wikis for the pros and cons of banning the sale of violent videogames to minors. After less than a minute, the computer churns out a few points, but they’re conflicting: Watson suggests violent videogames both cause violent acts and that there is not a causal link between violent games and real violence. Which, in fact, is about right. Different studies have come to wildly different conclusions about the correlation between violence in games and violent acts. That’s why Watson doesn’t yet make value decisions about which side of a debate is “correct,” but only lists the points generally brought up by both sides.

So you’ll still have to make up your own mind about what’s right. (Ugh, I know. Sorry.) But if nothing else, contrarianism just got a lot easier.