NASA has hacked the phone to make an autonomous utility robot for the ISS. 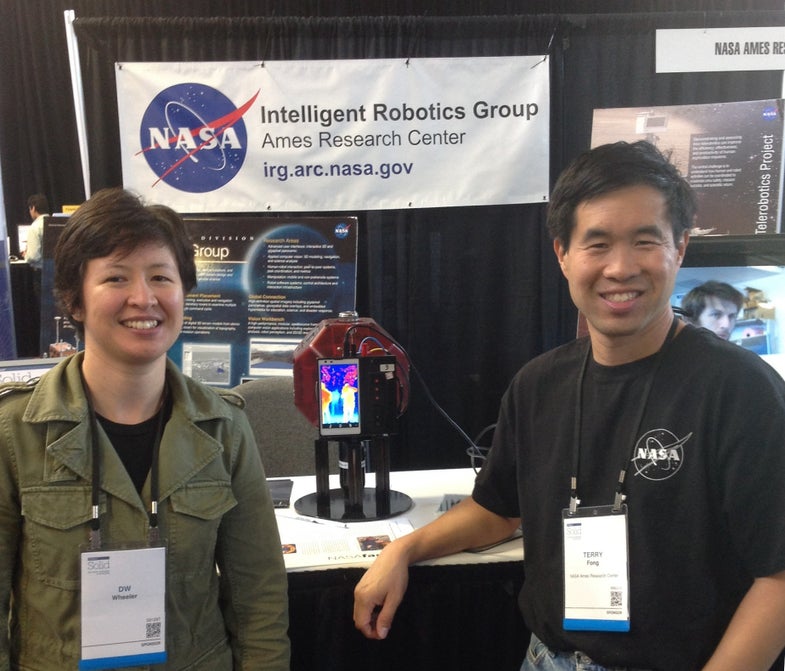 Robots excel at the tedious, repetitive tasks that bore humans into ineffectiveness. So NASA has tweaked an experimental Google smartphone called “Project Tango” that takes 250,000 measurements per second to create a 3-D map of the environment. The hacked version of Project Tango will help provide navigation information for a utility robot that previously had limited autonomous motion capability, called SPHERES. The robot/phone hybrid will launch in an Orbital Sciences Cygnus spacecraft aboard an Antares rocket on June 10th. If successfully tested, the robot will be particularly well-suited for tasks that need to be undertaken 24/7, like keeping track of the 20,000 objects aboard the International Space Station (ISS), monitoring radiation levels, or detecting dangerous pockets of CO2 in the cabin.

“Astronauts typically use handheld instruments for these tasks. And they have to be carried out all the time,” says Terry Fong, director of the Intelligent Robotics Group at NASA. “A robot’s not complaining if you have it working on something all the time.”

SPHERES, inspired by a training robot from Star Wars and first deployed in 2003, is currently limited to motion in a 2x2x2 meter cube. To determine its location, SPHERES emits an infrared pulse, which triggers an ultrasound “chirp” from each of 5 beacons within the cube. By measuring how long it takes for each of the chirps to reach SPHERES, the robot determines its location. But that means that SPHERES can’t move outside of its ultrasound box.

And NASA scientists wanted to increase the robot’s range to move around the entire ISS. Rather than install the ultrasound beacons throughout the space station, which would pose significant construction and maintenance hassles, NASA wanted to teach the robot to gain visual knowledge of its environment and navigate accordingly. 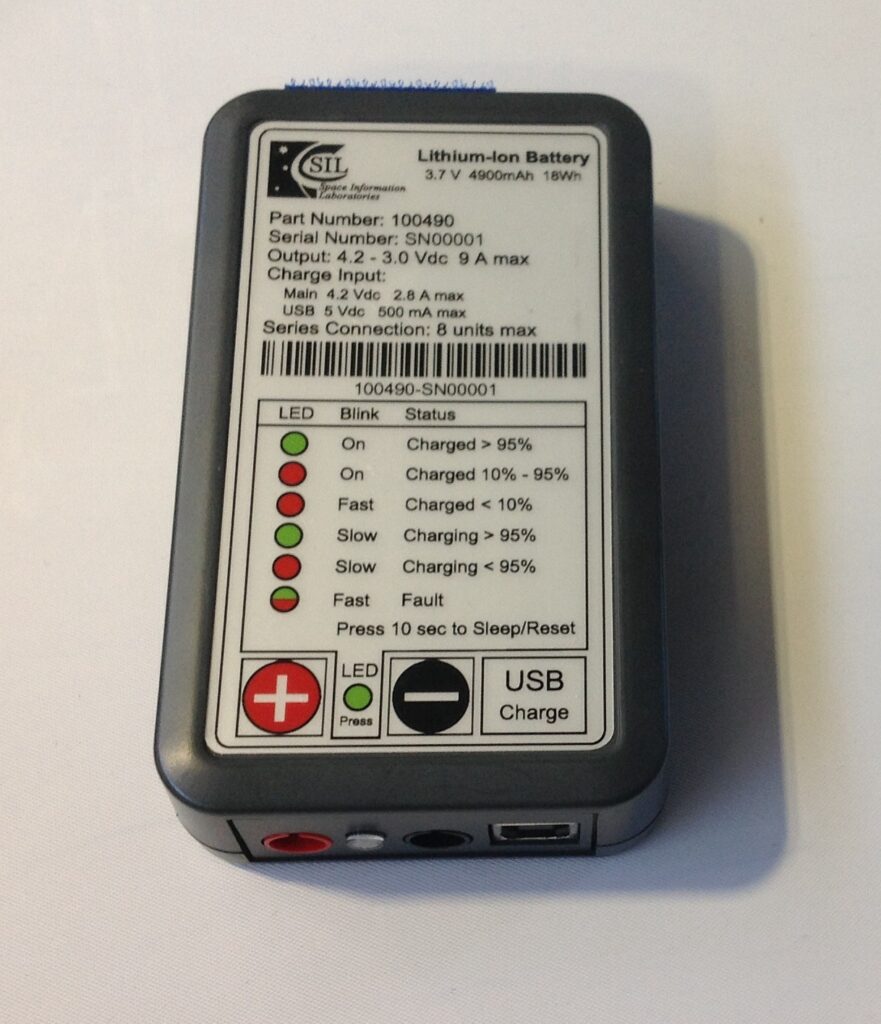 The phone battery specially designed for use in space.

Programming a computer to create a picture of an unstructured environment and comprehend the objects inside is a particularly hard computer science problem. That’s why NASA decided to farm out the computer vision problem to Google and its smartphone, and then added some modifications to make the device spaceworthy. Though Google is close-mouthed about the inner workings of Project Tango, NASA research engineer Zachary Moratto is able to say that the phone emits infrared and then interprets video from a second camera in order to create a real-time map of the nearby environment, with objects color-coded according to depth. By using depth-sensor readings from the infrared-generated 3-D map, and knowledge of the robot’s own thruster firings, SPHERES will be able to float slowly around the entire ISS.

To track inventory, the robot could use an RFID sensor to keep track of the roughly 20,000 different objects on board the space station.

“The ISS is about the size of a 6-bedroom house,” says Fong. “And it’s a 6-bedroom house where you can put stuff on the ceiling.” (Astronaut Sunita Williams offers a short tour of the living quarters aboard the ISS here).

Because astronauts are under pressure to complete a host of tasks during missions, and typically rotate on and off of the ISS every 6 months, keeping track of tools, food, and other objects can present a real headache. Moratto cites the example of an entire toolbox that got lost on the ISS several years ago, requiring a replacement to be sent all the way from Earth.

The Spheres/Tango device will also work to monitor air quality. Because of the lack of gravity in space, CO2 exhalation is a hazard to the crew. Fans on the ISS blow fresh oxygen into the living quarters, but colorless, odorless carbon dixoide can pool in corners of the station. SPHERES/Tango could function like a robotic version of the “canary in a coal mine,” floating around looking for dangerous CO2 concentrations, or other problems like unsafe radiation levels. Maintaining one robot is a lot easier than upkeep on dozens of sensors.

Astronauts can’t bring just any smartphone up into space, and the Project Tango team is drawing on the experience of the much-simpler Nexus S attached to SPHERES in 2011. If the touchscreen were to shatter in zero-gravity, dozens of tiny shards would float around the cabin. So the final SPHERES/Tango device will be covered with Teflon tape, just as the Nexus S was on the earlier mission. Because cell phone calls might conceivably interfere with equipment onboard the ISS, NASA pulled out the baseband transceiver that connects the phone with cell towers on Earth. NASA is also very cautious about what batteries can go into space, because of the threat of catastrophic failure if the unit were to get too hot or to draw too much power. Fong’s robotics team pulled the original battery out of the Project Tango phone and will instead use a custom lithium-ion battery certified for space. In the video below, Moratto and other team members test the project in the “vomit comet,” the NASA-contracted plane that deliberately flies in parabolas to simulate the weightlessness of space.