NASA’s next lunar explorers will have a rugged, six-legged robotic helper to haul their home base wherever they want to go

The Winnebago isn’t exactly a marvel of technology. But there’s a good chance that NASA’s next generation of lunar travelers will live and work out of a two-piece system—a mobile robot and habitat combination that will allow astronauts to bring base camp with them—that has plenty in common with the humble RV.

What you see on this page is the part that makes this home mobile: Athlete (All-Terrain Hex-Limbed Extra-Terrestrial Explorer), a six-limbed habitat-hauler being developed by the Jet Propulsion Laboratory in Pasadena, California. Made of aluminum, this prototype Athlete is eight feet wide and seven feet tall. It gets around using six independently controlled legs equipped with ultra-light wheels. In more-challenging terrain, the wheels can lock in place and function as feet, allowing Athlete to tiptoe through boulder-strewn fields or climb up steep hills. The mission-ready robot, which will be about twice the size of the prototype pictured here and made of steel, should be able to haul a load of up to 15 tons pretty much anywhere it wants to—as long as it obeys a 3mph speed limit. “That’s about as fast as you can go without risking flipping over because of the low gravity,” explains Brian Wilcox, the primary investigator on the Athlete project. 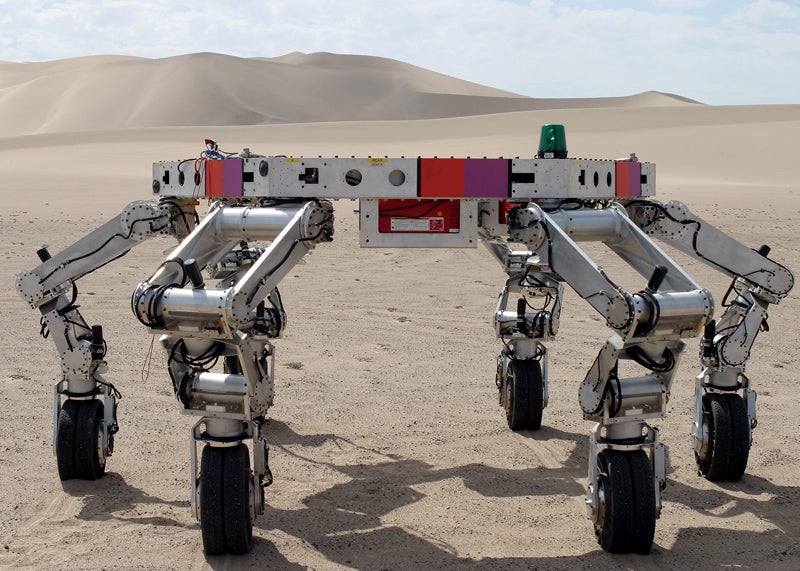 The advantage of the RV approach is simple. On Earth, you “park the Winnebago in the campground and use the Jeep for day trips to go exploring,” Wilcox says. Same thing on the moon: Athlete makes home base mobile, and from there, astronauts can take day trips on small lunar rovers. “Then, when they’ve exhausted the area within one easy day trip, they move the Winnebago somewhere else.” Astronauts on the moon or engineers back on Earth can steer Athlete to its next destination; cameras mounted on each face of the robot’s hexagonal frame give the operator a panoramic view of the surrounding terrain.

When multiple Athletes are docked together, the habitat doors can be aligned within a thousandth of an inch, creating a seal tight enough that astronauts can pass from their living quarters to a science laboratory next door in their shirtsleeves. There, astronauts can analyze samples collected on daytime missions or gathered by drills and scoops attached to Athlete’s legs. They will be searching for solutions to a number of scientific puzzles. For example: Did a meteorite really kill off the dinosaurs and, if so, when did it happen? The clues may be on the moon. “A big impact on Earth would have covered the moon in a thin blanket of dust,” Wilcox says. “Because the moon has no plate tectonics, the layers beneath the surface are presumably undisturbed. Using the scoop on Athlete would allow us to look at the layering and get an unambiguous timeline of when those events occurred—like with tree rings.”

Scientists at JPL hope to rocket Athlete to the moon for unmanned testing as early as 2012. What would come next depends on the success of NASA’s plans for manned space exploration, which call for replacing the space shuttle with a capsule-based system and sending astronauts back to the moon by 2020. By then, Athlete could have even more advanced features than today’s prototype. Eventually, the ‘bot should be able to walk autonomously and interact with astronauts via voice command. It should also be able to rappel down vertical rock faces using grappling hooks—and if it pulls that off, the Winnebago jokes should stop forever. 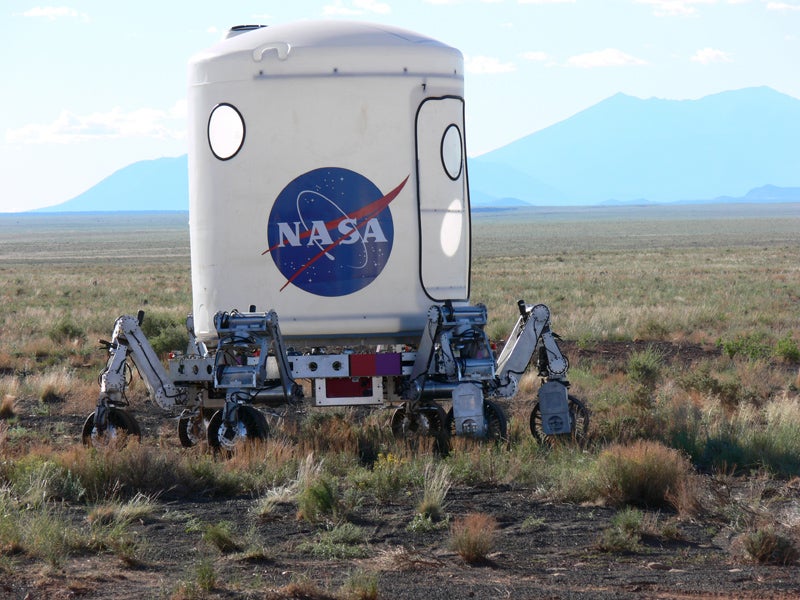 “Lunar dust is nasty stuff,” says Brian Wilcox, the primary investigator on the Athlete project. “The knife-edged dust particles are harder than steel.” That’s why in testing, engineers crush rock in a vacuum and then blast Athlete’s gears, motors and actuators—to be sure nothing will fail on the moon. 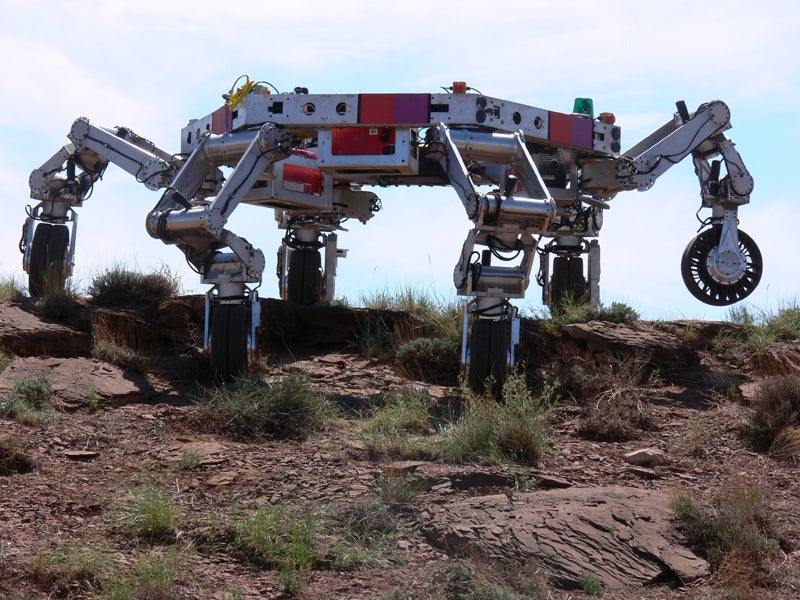 Michelin built Athlete’s wheels—called “T wheels”—to handle the moon’s extreme cold (–250°F at night) and incredible heat (more than 200° during the day). The wheels can also function as feet, so Athlete can walk across tricky terrain like a spider. 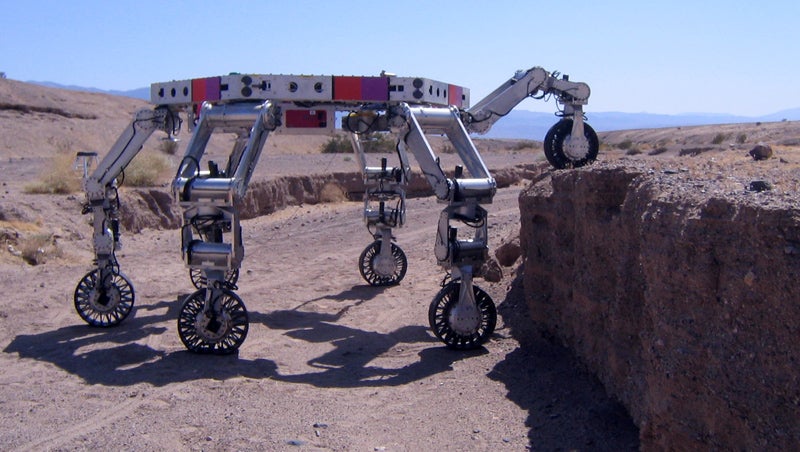