Junkyard on the Moon

A half-century of exploration has left the lunar surface littered with discarded spacecraft, and a bevy of upcoming missions means there's more moon mess to come

Man’s exploration of the moon has left behind over 20 tons of probes, rovers, rocket boosters and assorted other detritus scattered around the whole of the lunar surface. The moon has no atmosphere to burn up incoming objects, so once a spacecraft’s orbit decays, it will eventually end up in a pile somewhere on the surface. Launch the slideshow for an in-depth history of every major lunar mission to leave something behind on the moon. And below, see the next four probes to eventually be added to the great lunar junkyard.

The next two years will see a blitz of activity around the moon, as spacecraft from China, Japan, India and the U.S. point cameras, spectrometers and other instruments at the lunar surface.

All four orbiters will scout sites for potential moon bases, hunting for water at the lunar poles and for pockets of mission-sustaining elements such as aluminum, oxygen and helium. According to Paul Spudis, a lunar expert at Johns Hopkins University’s Applied Physics Laboratory and the lead scientist for the American imaging-radar experiment on India’s satellite, each of the nations has serious ambitions to put their scientists on the moon. “Sending satellites is a logical first step,” he says.

But there’s more at stake than national pride-by broadening their space experience and displaying technological prowess, each country stands to lure lucrative contracts with companies looking to launch satellites. Although the overlapping objectives could allow scientists to cross-check data as it’s radioed back by the orbiters, so far there’s been little cooperation among the competing space agencies. “The missions were not planned on the basis of a coordinated strategy,” Spudis says. To wit: India and the U.S. have agreed to share data, but Japan has not indicated that it will do the same, and China’s space program is notoriously secretive. The race is on-may the best robot win: 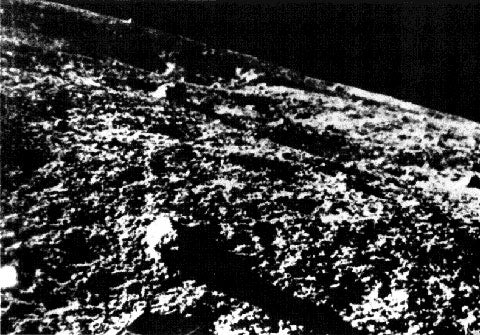 A view of the lunar surface taken by cameras aboard Luna 9. 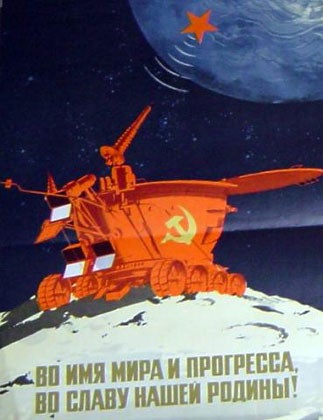 An upgraded robo-rover landed in 1973, this time with greater speed and range capabilities. With a top speed of two kilometers an hour in high gear, Lunokhod 2 covered an impressive 37 kilometers of distance before losing contact. Equipped with a lunar laser-ranging reflector, Lunokhod 2 can still be detected here on Earth within one meter of accuracy of its resting point in the Mare Serenitatis. 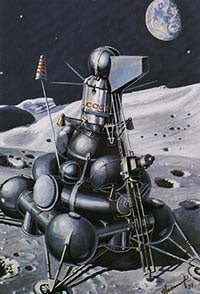 The final Luna spacecraft were modified slightly to obtain deeper soil samples from a depth of 2.5 meters. Luna 24 was the only one to successfully return, yet both craft left their descent stages in the Mare Crisium region, just a few hundred meters apart. 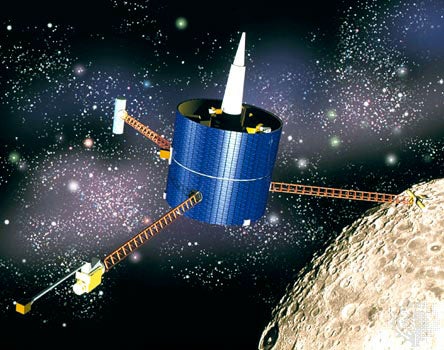 As part of NASA’s “faster, better, cheaper” strategy of the late 1990s, the Lunar Prospecto_r was a scientific mission dispatched to the moon in search of polar ice deposits. The _Prospector was crash-landed into a crater near the South Pole, where ice was suspected to exist (the crater is in permanent darkness), hoping to observe a plume of vapor released by the crash. No evidence of water was found, but sensor data did lead scientists to conclude that small deposits of ice are probably present at the polar regions, though conclusive findings have yet to be made. 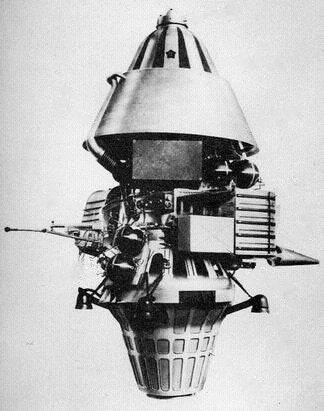 Adding another superlative to the Soviet program, Luna 10 became the first man-made craft to complete an orbit of the moon. And also the first to serenade Earth from 250,000 miles away when it beamed a tinny version of the “Internationale” via radio, played on a set of oscillators tuned to reproduce the Socialist anthem, live to the 23rd Communist Party Congress. After 460 orbits, radio transmission was lost before an eventual crash landing, location unknown. Luna 11, 12 and 14 performed similar missions. 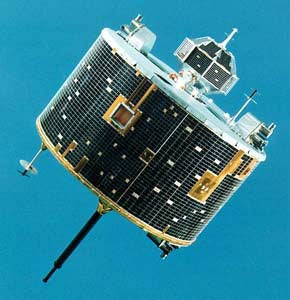 Launched by Japan in 1990 (the first country to reach the moon after the U.S. and the Soviet Union), the Hiten spacecraft was supposed to release a smaller lunar probe called Hagoromo from its position in Earth orbit. After Hagoromo failed, the mission was salvaged when Hiten itself became the first spacecraft ever to achieve lunar orbit by way of a “low-energy lunar transfer,” a method that requires no large rocket burns but takes three months instead of three days. Both crafts crash-landed on the lunar surface. 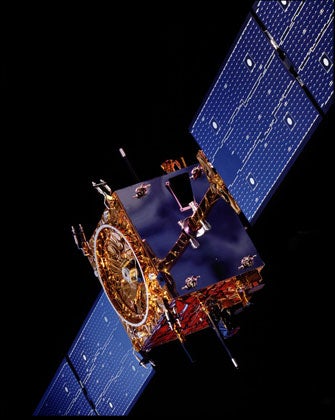 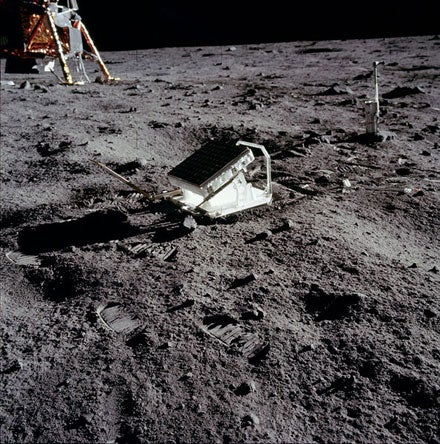 The crews of Apollo 11,_ 14_ and_ 15_ left behind retroreflectors for lunar laser ranging, in which a laser from Earth is bounced off the retroreflector, allowing for hyperaccurate readings of the distance from Earth to the moon. As a result of these ongoing readings, scientists calculated that the moon slips an additional 3.8 centimeters away from Earth every year, due to ocean tides.**** 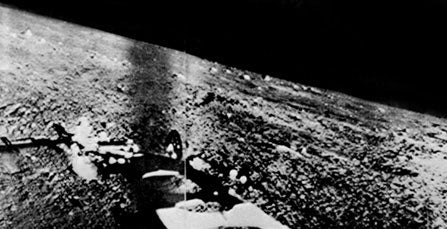 Luna 13 achieved the Luna program’s second soft landing, taking panoramic images of the surface and collecting more-detailed measurements of the lunar soil. Luna 13‘s batteries conked out two days after landing, and it remains at rest near its companion Luna 9 in the Ocean of Storms. 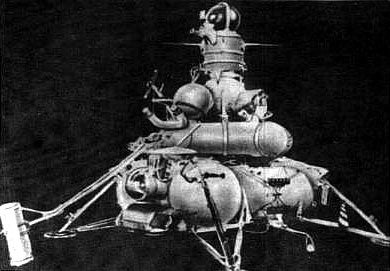 The first in a new generation of unmanned Luna craft capable of returning to Earth, Luna 15 was a last-ditch effort to recoup Soviet losses in the face of Apollo 11‘s successful manned landing. Luna 15‘s launch coincided with Apollo 11‘s, making a failed crash landing one day after Neil Armstrong and co. touched down. Luna 15 was intended to bring the Soviets’ first moon-rock samples back to Earth, a feat later accomplished by Luna 16. 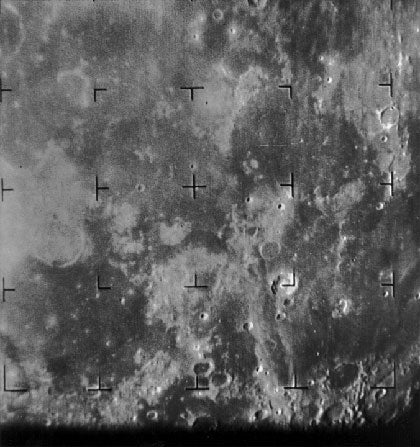 Ranger’s view of the moon, the second ever taken by a U.S. craft. 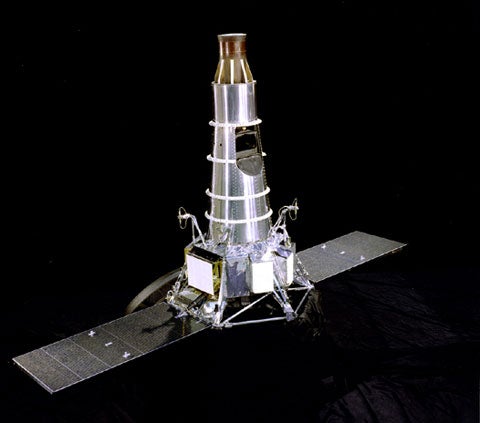 The next batch of Ranger craft were designed exclusively to transmit high-resolution video images back to Earth as they descended to a lunar crash-landing. After Ranger 6‘s cameras failed to activate, the next three missions were successful, sending back the first images from the moon ever taken by an American spacecraft before landing at various sites near the lunar equator. 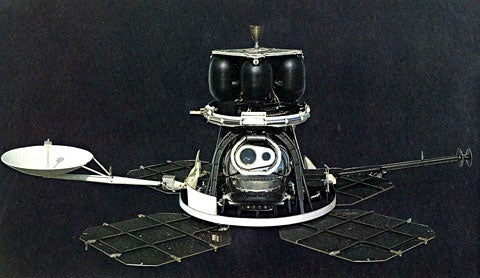 Again trailing just four months behind the Soviet precedent, the U.S. first achieved orbit with the Lunar Orbiter program. Charged with the task of scouting landing sites for the Apollo missions, the Orbiters successfully mapped 99 percent of the moon’s surface area using a complex dual-lens camera rig that captured both narrow and wide-angle images on a single 70-millimeter film roll, then processed and scanned the film for transmission back to Earth. All the Orbiters were voluntary crash-landed in areas not slated for potential Apollo landings. 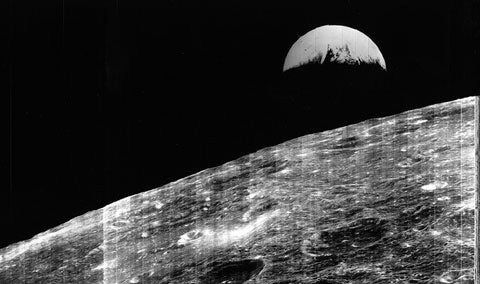 A high-image taken by an Orbiter craft, the first clear picture of the Earth as seen from the moon. 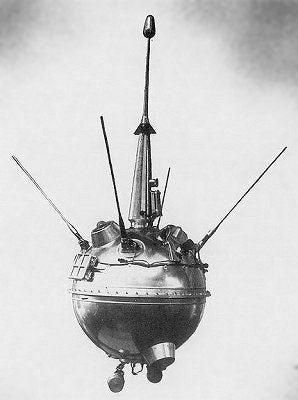 After Luna 1 became the first man-made object to escape Earth’s orbit, missing the moon by 6,000 kilometers, Soviet Russia’s Luna 2 succeeded in becoming the first spacecraft to reach the lunar surface. Before crash-landing in the Palus Putredinus region, onboard sensors confirmed the existence of the solar wind. 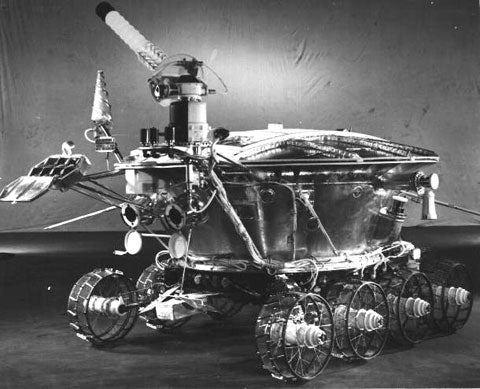 Despite losing the manned race to the moon, the Soviet program carried on with another first–landing and deploying a robotic lunar rover that was driven by a five-man crew back on Earth. The rover traveled 10.5 kilometers away from the landing site at a snail’s pace of 100 meters per hour, beaming back images and soil information over the course of 13 lunar days of operation. 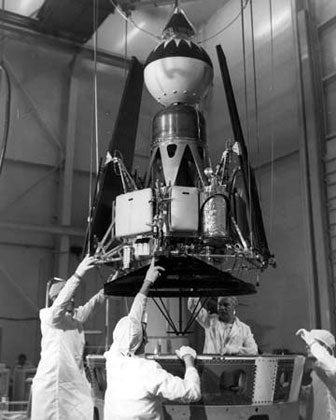 The first of the U.S.’s Ranger series to reach the moon, Ranger 4 was supposed to beam back pictures of its descent and collect gamma-ray and radar readings, but after its solar panels failed to deploy, the lifeless craft crash-landed. 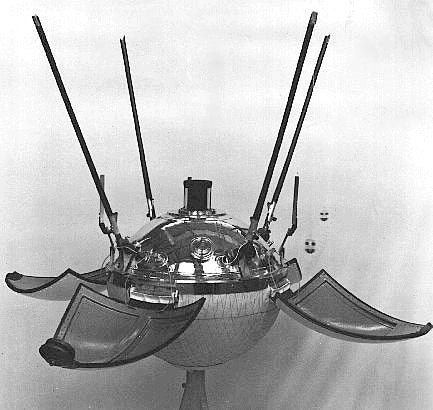 Luna 9 marked the first in a series of victories for the Soviets in 1966 when it became the first craft to ever make a controlled soft landing on the moon. Seven hours later, Luna 9 became the first craft to beam back detailed images of the lunar landscape from the surface. It still remains in one piece, 40-year-old batteries wholly dead, in the Ocean of Storms. Among the more important pieces of information gleamed from this mission: Objects don’t just sink into the lunar dust. 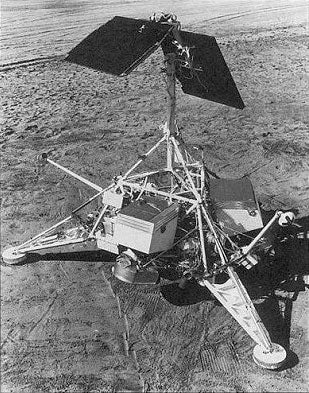 America’s first successful soft landing on another terrestrial body happened just four months after Luna 9‘s success. With the Apollo program already being developed, the Surveyor missions were critical in gathering information on making soft landings. Surveyor 1 beamed images and soil information back to Earth from the same **** site of the Soviet soft landings–the Ocean of Storms. 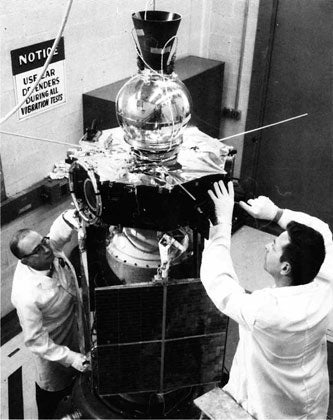 The U.S.’s first artificial-satellite program, Explorer, found its way to the moon on its 35th mission, gathering a diverse assortment of scientific data before being turned off six years later. Explorer 35‘s orbit eventually decayed into a crash landing in an unknown location. 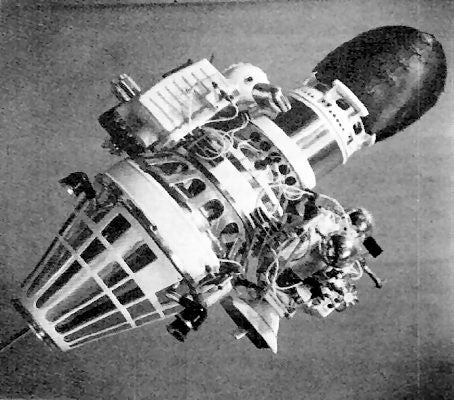 The next series of Soviet Luna missions, beginning in early 1965, marked the first attempted “soft landing” on the moon. The newly designed craft were equipped with retro-rockets to ensure a soft touchdown and the transmission of additional imagery and scientific information from the surface. Due to various retro-rocket malfunctions, the first three attempts all failed and crash-landed on the surface. 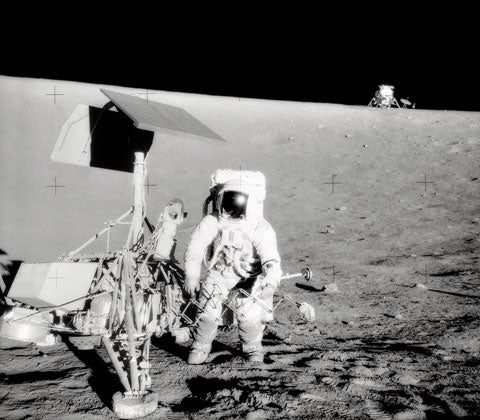 In what had to have been among the eeriest sensations ever felt by a human being, Apollo 12 astronaut Alan Bean took this photograph of astronaut Charles Conrad examining the Lunar Surveyor 3, a craft that landed on the moon nearly two years prior to Bean and Conrad’s own arrival. 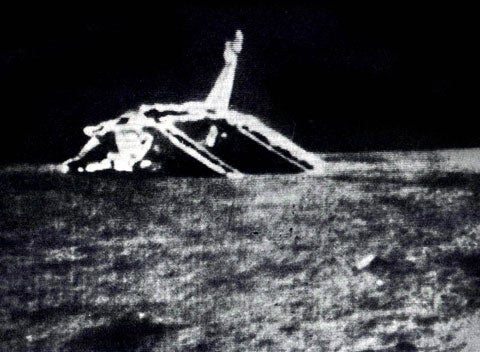 A view from Lunokhod 1’s camera, with the Luna 17 lander visible. 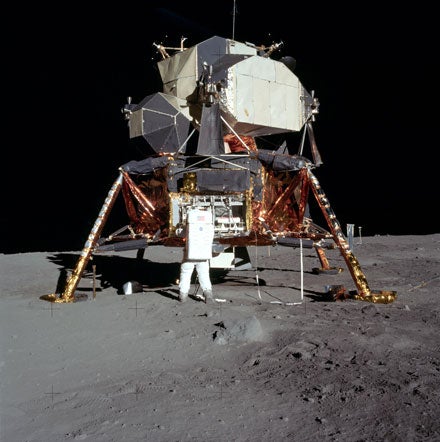 Each successful Apollo landing left behind three objects on the lunar soil–the lander’s descent stage, representing the bottom half of the iconic lander’s structure; the ascent stage, which was jettisoned after rendezvous with the orbiting command module; and the large third stage of the Saturn V rocket that powered the crew to the moon. Not counted here: Alan Shepard’s famous Apollo 14 golf balls, exact location unknown. 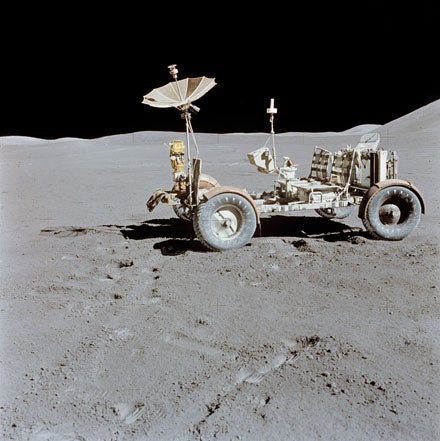 The final three Apollo missions left behind something extra: a custom lunar dune buggy. The lunar rovers could travel at a top speed of eight mph, allowing the astronauts to cover significantly more territory during space walks. Only six humans know what it feels like to drive a car on the moon–stop and think about that.
chang'e
china
chinese
johns hopkins university
missions