The Cassini spacecraft has been busy over this past week, making close flybys of both Enceladus and and Tethys, two... 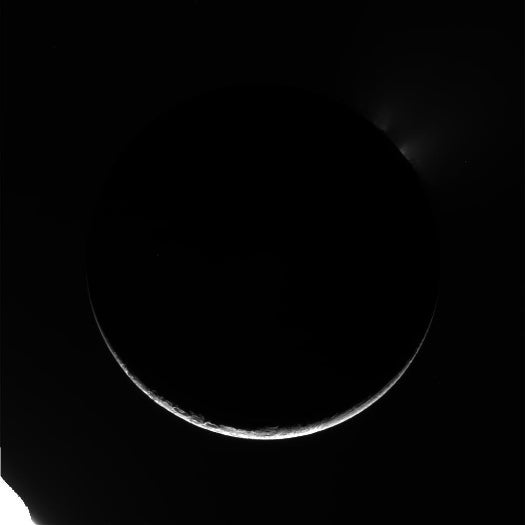 The Cassini spacecraft has been busy over this past week, making close flybys of both Enceladus and and Tethys, two of Saturn’s moons. And we’re not using “close” as a relative term here. Cassini skimmed Enceladus in such proximity that it was literally able to taste the plume of water ice, vapor, and other organic compounds spewing from the moon’s south polar region.

That flyby was at an altitude of just 46 miles above Enceladus’s surface, a hair’s breadth as these sorts of things go. Unfortunately for us, Baghdad Sulcus–the fracture from which said plume emanates–is in darkness for this flyover, but Cassini was able to snap various high-res surface shots of the moon as it passed back into daylight. 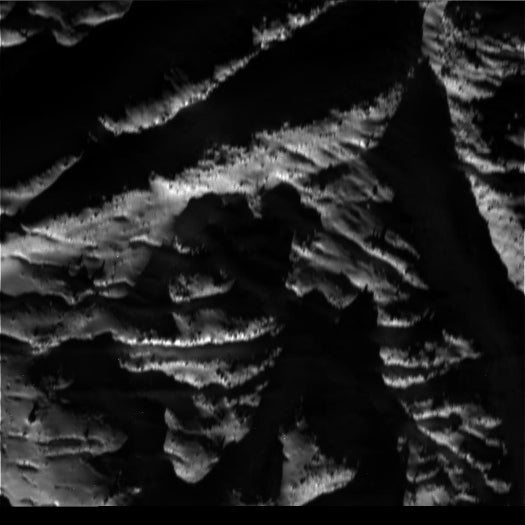 Enceladus at the Surface

For its Tethys encounter, Cassini took a bit more conservative approach, passing about 5,700 miles above the moon’s surface. It was the first imaging expedition to Tethys since 2005, when Cassini captured imagery from its Saturn-facing side. This time Cassini snapped views of Tethys’s other side, which should provide researchers with enough data to start building decent digital elevation maps of Tethys’s surface. 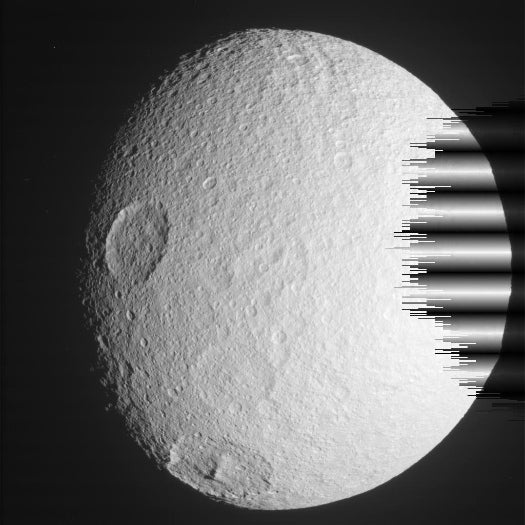 Tethys, From a Distance 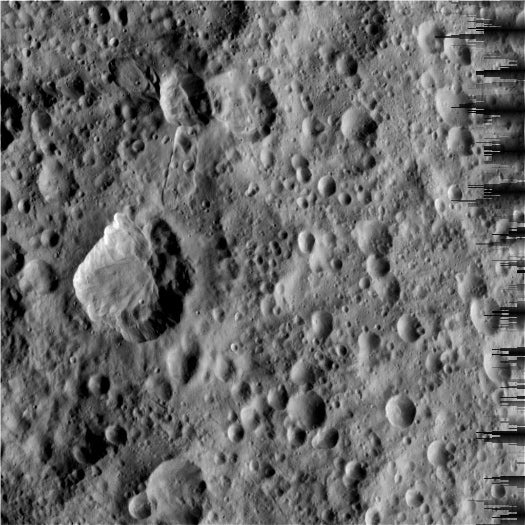