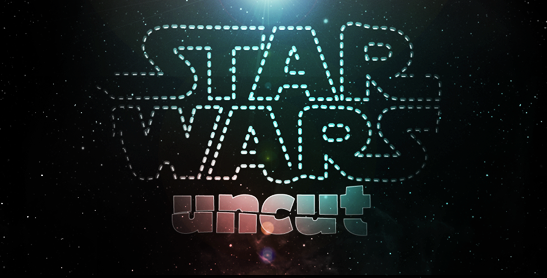 Not long from now, in a galaxy that looks surprisingly similar to your garage, you might be the director and star of a scene from Star Wars. And thankfully, George Lucas isn’t involved in any way.

The site Star Wars: Uncut has decided to crowd-source a remake of the film by chopping it up into 15-second increments. Using the social video site Vimeo, people can sign up to download one of 472 15-second chunks of Star Wars: A New Hope and re-film it however they choose. Once complete, all 472 Vimeo clips will be stitched together in sequence to re-create the entire film. The results are already rolling in, and they’re awesome.

All the clips have been claimed, and the finished products submitted to the site so far already illustrate the breadth of available techniques, from the stop-motion-with-action-figures approach:

We truly live in a privileged age, where ubiquitously cheap HD digital camcorders, simple video-editing software and sites like Vimeo make this all possible. Even more privileged are those who’ve splurged on a full stormtrooper costume at some point in their lives; finally, a chance get their money’s worth.

Now, the question is if an interesting process like this will be enough to improve the prequels. I’m doubting it.