German researchers at the FLASH facility in Hamburg decided to roast a piece of aluminum foil with a 10-million-gigawatt X-ray... 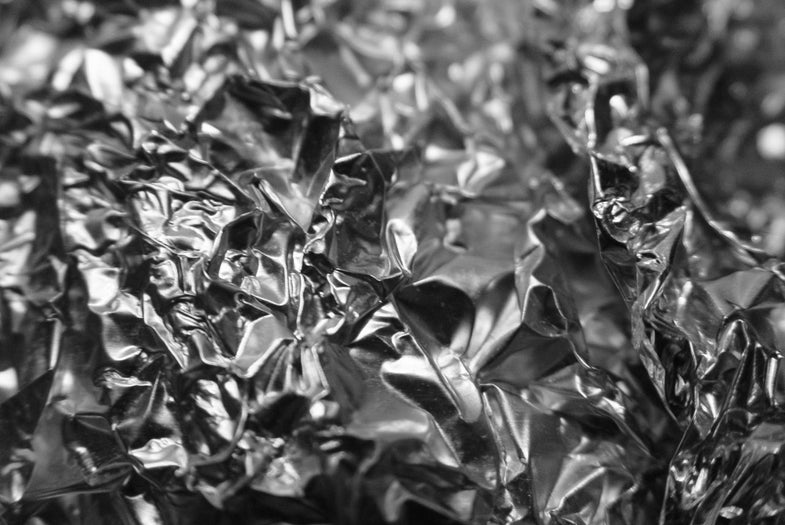 Scientists took normal Aluminum foil and heated it to a state where it becomes transparent to X-rays. Flickr/Clevergrrl
SHARE

German researchers at the FLASH facility in Hamburg decided to roast a piece of aluminum foil with a 10-million-gigawatt X-ray laser. They heated the foil so hot that it became a new matter state: transparent aluminum. It’s also believed to be the same state of matter that comprises the core of planets, such as Jupiter.

First reported in the Nature Physics journal, this new state, wherein X-ray photons can pass right through the metal, instead of being stopped as usual, can only last for a fraction of a nanosecond before burning up, and is attained by using the laser beam to knock an electron out of each aluminum ion, forcing the element to reconfigure into a new, tighter state.

This isn’t the first time lasers have been used to manipulate metals–scientists recently shot up a metallic surface with a high-power laser blast to control the flow of water on the surface.

The researchers think the conditions of this aluminum are similar to that in giant planets, and they hope to use other lasers to study its properties.