Coca-Cola Freestyle Is the Most Advanced Soda Fountain Ever

If you never thought that soda machines would adapt to the high-tech world, think again. Coca-Cola’s Freestyle fountain comes equipped... 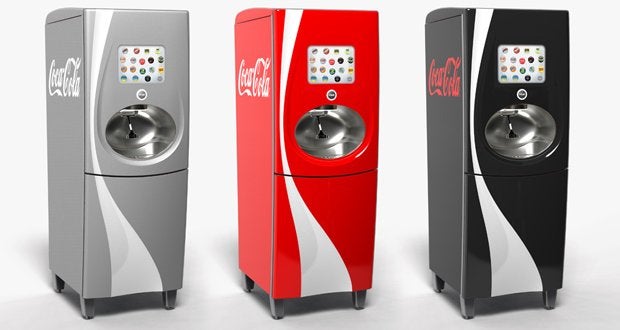 If you never thought that soda machines would adapt to the high-tech world, think again. Coca-Cola’s Freestyle fountain comes equipped with a touchscreen that is able to mix flavors on the spot, using precise machinery originally developed for dialysis and cancer treatments.

There are over 100 flavors available, across an array of drink brands, including Coke, Fanta, energy drinks, flavored waters, and more. When you select a drink, you’re able to select from a variety of flavors, some of which are unfamiliar (Raspberry Coke?! Peach Fanta?!).

Instead of large, five-gallon bags of pre-mixed syrup, the Freestyle PurePour system uses ultra-concentrated 46-ounce cartridges to mix drinks and allow for a greater array of flavors, all coming from one spout. There are also RFID tags to keep track of all the different flavors held inside the cabinet and their current status.

And like any piece of 21st-century equipment, the Freestyle has the ability to send back all sort of data metrics to Coke HQ, including what the popular flavors were, when and how much people were buying, and what locations were most favorable. Coke HQ even has a kill switch for any flavors they need to stop offering ASAP.

Machines are popping up in California, Georgia, and Utah currently, and there will be 60 of them across the U.S. by the end of summer. The only downside to this thing is that it doesn’t let you mix up mind-bending suicide cocktails, like a Peach-Grape Fanta with a touch of Sprite. One can only hope.

[via Bsquare via Fast Company]