The Africa nation has deftly handled misinformation and suspicion. 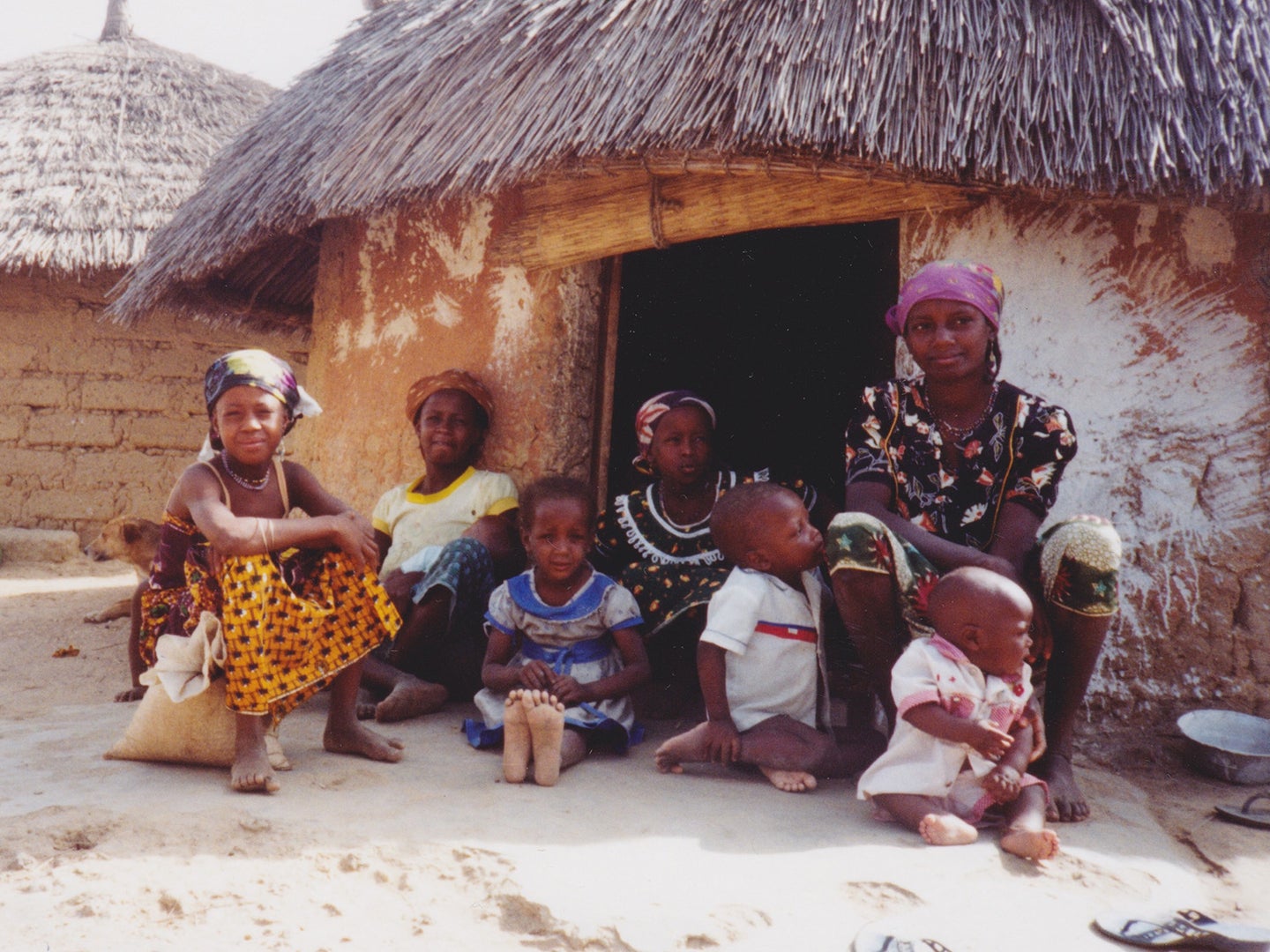 A mother and her children outside their home in rural Nigeria. Shobana Shankar, CC BY-SA
SHARE

In the early 2000s, anti-vaxx campaigns in northern Nigeria lead to polio outbreaks that affected more than 1,500 people in 20 countries Today, the country’s response to the public health crisis may offer lessons for Americans facing a historic outbreak of measles, a disease once declared eliminated.

As a researcher on religious politics and health, I believe that Nigeria’s highly mobilized efforts to eliminate polio can teach America how to reverse the increase in measles cases and shore up its public health infrastructure. Working with international partners, Nigerians have combated misinformation, suspicion of vaccine science and religion-based boycotts to go from ground zero for polio on the African continent in 2003 to nearly polio-free in 2019.

Comparing Nigeria and the U.S.

When the Global Polio Eradication Initiative (GPEI) was established in 1988 with the goal of complete eradication by 2000, several countries could not meet the target.

The U.S. is facing similar resistance now. Under scrutiny are anti-vaxx Orthodox and Hasidic Jews in New York City and Rockland County, but the New York Times has also uncovered resistance among Muslims, Catholics, Waldorf school parents, and other cultural dissenters.

Anti-vaxxers in Clark County, Washington, are not religious opponents but rather Russian-speaking immigrants who, according to a report, harbor “mistrust of government that built up after being exposed to years of propaganda and oppression in the Soviet Union.” A doctor in their community blames tribalism for suspicion of “people coming from outside.”

Nigerians understood that simply ostracizing religious communities would not work. Anti-vaxx politics tapped into mistrust of government and “others” that ran deep in a diverse but divided society, where religious, regional, and ethnic loyalties took priority over national unity.

Nigerians know the ravages of tribalism better than most Americans. By conservative estimates, their nation is home to more than 250 ethnolinguistic groups. The civil war, lasting from 1966 to 1970 after anti-Igbo pogroms in the Hausa-majority north, was a terrifying manifestation of the hatred of difference and a total lack of faith in the government.

To foster reconciliation, Nigerians engaged in efforts to break down tribalism. One experiment, started in 1973 and still going, is compulsory service of college graduates in the National Youth Service Corps in “states other than their own and outside their cultural boundaries to learn the ways of life of other Nigerians.” Notwithstanding problems, the program has instilled in Nigerians a sense that education alone is not enough to build a healthy society. Sometimes it is the source of social separation.

Using this logic to combat polio, Nigerian public health officials took themselves to anti-vaxxers, leaving behind their offices in the city to visit villages with reported polio cases. Their mobility built the “polio infrastructure” that “intensified political and managerial support from all levels of the Nigerian government,” according to a Gates Foundation white paper that analyzed global polio eradication. Traditional leaders like the Sultan of Sokoto also invested time and energy into immunization campaigns and social engagement.

Intensive socialization across class, education and other divisions were as important as traditional public health measures such as scale-up of local technical capabilities and independent monitoring.

Nigerian physicians in the field

I accompanied a team to a village outside Kano city in 2011, after years of public health interventions had reduced reported cases of polio to 20 in all of Nigeria for a 13-month period. The doctor leading the team had met four chiefs regularly; the eldest was the most supportive, the youngest the least.

The doctor asked the young man to roll up his left sleeve and pointed to a round scar on his upper arm, remarking, “Your parents had you vaccinated against smallpox. This campaign, though for a different disease, is the same. What’s the problem?” The young chief shrugged, ashamed at direct confrontation and unwilling to insult his parents. They bantered for a bit before we left in the Ministry of Health truck, having accomplished seemingly nothing but a social visit.

“Some may never vaccinate,” the doctor told me, “but I feel better equipped than you or another stranger to talk to them about this issue.”

Between mass immunization campaigns, he visited the villagers. “I know them now, their excuses, habits. Some men say the women are unreasonable. Others don’t care. I know their different personalities. And they know I know them.”

The polio infrastructure in Nigeria immerses experts and local communities in an ongoing relationship. It is an elaborate multilayered surveillance system, with many strategies and functions, from mundane visits to weekly record reviews at health centers in polio-affected areas.

The media in the West tend to talk about anti-vaxxers as weird and foreign, because they “make a good story,” writes researcher Amanda Vanderslott. She describes common hidden problems like vaccine delays and equipment shortage that sometimes prevent full immunization coverage, but these reasons are less sexy than anti-vaxxers, who are themselves a tribe sharing false beliefs peddled online by discredited doctors like Andrew Wakefield.

Criticism of parents not vaccinating their children may now be commingling with broader mistrust of, say, Facebook. Propaganda and tribal isolation have always existed but now are proliferating with social media that is, paradoxically, fostering anti-social tendencies.

Fearing negative attention would isolate anti-vaxxers and drive them underground, Nigeria fostered greater social engagement in the public health system. The nation’s polio infrastructure was tested in 2017 by new cases in the Lake Chad basin where Boko Haram’s violence reigned. Although international political observers feared the public health effects of Islamist-inspired terrorism, a common element in the remaining polio-affected countries, Nigeria’s disease surveillance capabilities held strong and surpassed those of Pakistan and Afghanistan in its polio surveillance capabilities in 2018.

One clear lesson for the U.S. from Nigeria’s experience with expanding vaccinations is that we should work to depoliticize public health. Scapegoating religious communities evokes ugly histories of anti-Semitism and Islamophobia.

Tribalism and insularity affect many communities, even the educated and political classes. Nigerians have rarely held back criticism of the elites who blame the masses for their own poverty and illnesses. Ordinary Nigerians, in turn, blame elite corruption for destroying the public sector including public health. Nigeria’s postwar efforts to reduce social stigma and scapegoating are unfinished business, but the polio eradication campaign is continuing the good fight.

Few American college grads will spend years immersed in a social experiment, but public health officials can prioritize resocialization around measles. For America to strengthen its measles infrastructure, trust to discuss and debate vaccine science needs to develop.

GPEI had to rejigger its own understanding of the interactions between monovalent oral polio vaccine and wild polio behavior. Like it or not, American public health officials must answer American advocacy groups like Informed Choice that highlight “the messy conundrum” of exposure to wild measles versus the existing measles-mumps-rubella vaccination strain. A disease infrastructure built on human capacity can handle disagreement.

It can also adapt. Nigeria spent over $8 million on surveillance alone and expanded polio capabilities to fight other diseases like measles and rubella. While the system puts a heavy workload on health officials, it points the way for how the American public health system can reshape existing structures for the current era. America led international health partnerships for decades, but the time has come to follow other countries’ lead.

Shobana Shankar is an Associate Professor, History/Africana Studies at Stony Brook University (The State University of New York). This article was originally featured on The Conversation.