The UK just lost its measles elimination status. We could be next.

We're close to calling the virus endemic for the first time in years. 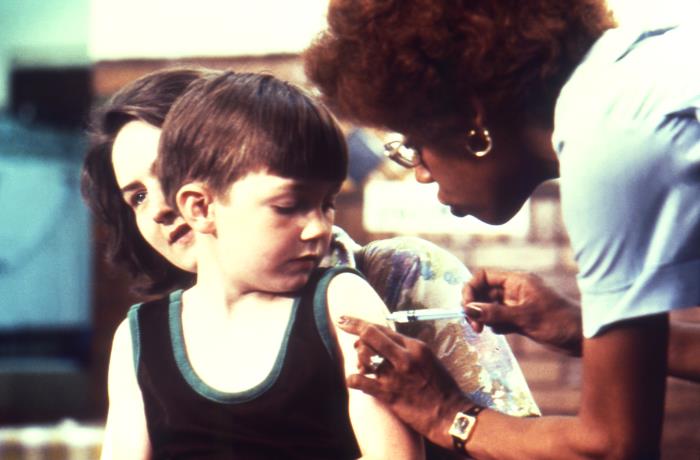 Public Health England confirmed on Monday that the UK has lost its “measles-free” status. The country had eliminated measles by World Health Organization standards in 2017 (based on data from 2014-2016), but an uptick in cases in recent months led to the reneging of that status.

What does it mean for a country to eliminate measles?

WHO defines “elimination” as the absence of circulating measles—meaning continuing transmission of the disease within the country—for more than 12 months. Countries that are measles-free can still see cases of the disease, and can even host large outbreaks: The U.S. has been officially measles-free for nearly two decades, but has had anywhere from dozens to hundreds of cases each year since then. 2019 cases have already topped 1,200 across 30 states. The elimination of endemic measles just means the disease has to come in by way of international travel.

Why is this happening?

You don’t eliminate endemic measles by keeping certain people in or out of the country. You do it by increasing herd immunity. If enough people are vaccinated, it becomes extremely unlikely for any errant cases of the disease to turn into outbreaks.

The measles virus infects nearly everyone it comes in contact with, so our main protection from it comes from herd immunity—you need upwards of 95 percent of a population to be vaccinated against it to avoid harboring pockets of the virus. Unfortunately, vaccination rates haven’t been high enough in many parts of the world for years now, even declining in some areas. Public Health England reports that at least 95 percent of five-year-olds in the UK have received one dose of the MMR vaccine for measles, mumps, and rubella, which meets the WHO’s herd immunity benchmark. But only 87.4 percent of kids in that group have gotten the second dose, which is required for full protection.

Is the U.S. going to lose its status too?

Maybe. The United States has so far reported its highest measles case count in 25 years, and the Centers for Disease Control has already gone so far as to warn that endemic measles could make a comeback. We’re dangerously close to failing the WHO’s standards for measles elimination: outbreaks in Rockland County, NY and New York City—fueled by anti-vaccination sentiments among religious communities there—have persisted for some 10 months. Technically, once we hit the one-year mark, we’ll have endemic measles there.

UK health officials are optimistic, reminding residents that the country’s measles infection rates are still much lower than pre-vaccine days. Improvements in the spread of information about MMR vaccines (especially with regards to the importance of the second dose) could quickly remedy the situation. But measles is making a comeback in Europe as a whole, so the UK will have to maintain excellent vaccination rates—above 95%—to keep this from happening again.

Why is measles worth worrying about?

Measles stopped being a fact of life shortly after the invention of a vaccine in 1963, and it’s been downright rare in wealthy countries since the ’70s. But it’s a nasty virus. While many sufferers will recover from their fevers, coughs, runny noses, and rashes, death rates are high among the very young, very old, and those with compromised immune systems. Patients can also experience swelling in the brain that leads to permanent deafness or blindness. Prior to the invention of the vaccine, between 15,000 and 60,000 people went blind because of the measles each year.

The so-called return of measles doesn’t mean a country with an almost-high-enough vaccination rate will suddenly return to the dark ages, but it does put citizens too young or immunocompromised for vaccination at unnecessary risk. And darker days could be ahead: in April, World Health Organization medical epidemiologist Katrina Kretsinger told PopSci that measles is a sort of canary in the coal mine. “Measles is so infectious it’s going to be the first disease that shows up,” she said. “But it’s not just a problem with measles.”

The problem isn’t just that international travel has increased and that anti-vaccination conspiracies have new platforms on which to spread. It’s also that we never really reached the vaccination levels we need to keep infectious diseases at bay, so even a plateau in inoculation rates could prove disastrous. Measles infects 90 percent of the unvaccinated people that come into contact with it, so it’s going to be the first one to spark fiery outbreaks. It won’t be the last. “I’m concerned that there are progressively more countries which have had many years of insufficient vaccine implementation,” Kretsinger said. “It’s hard to predict what will be next.”