The science behind the world’s deadliest swine disease. 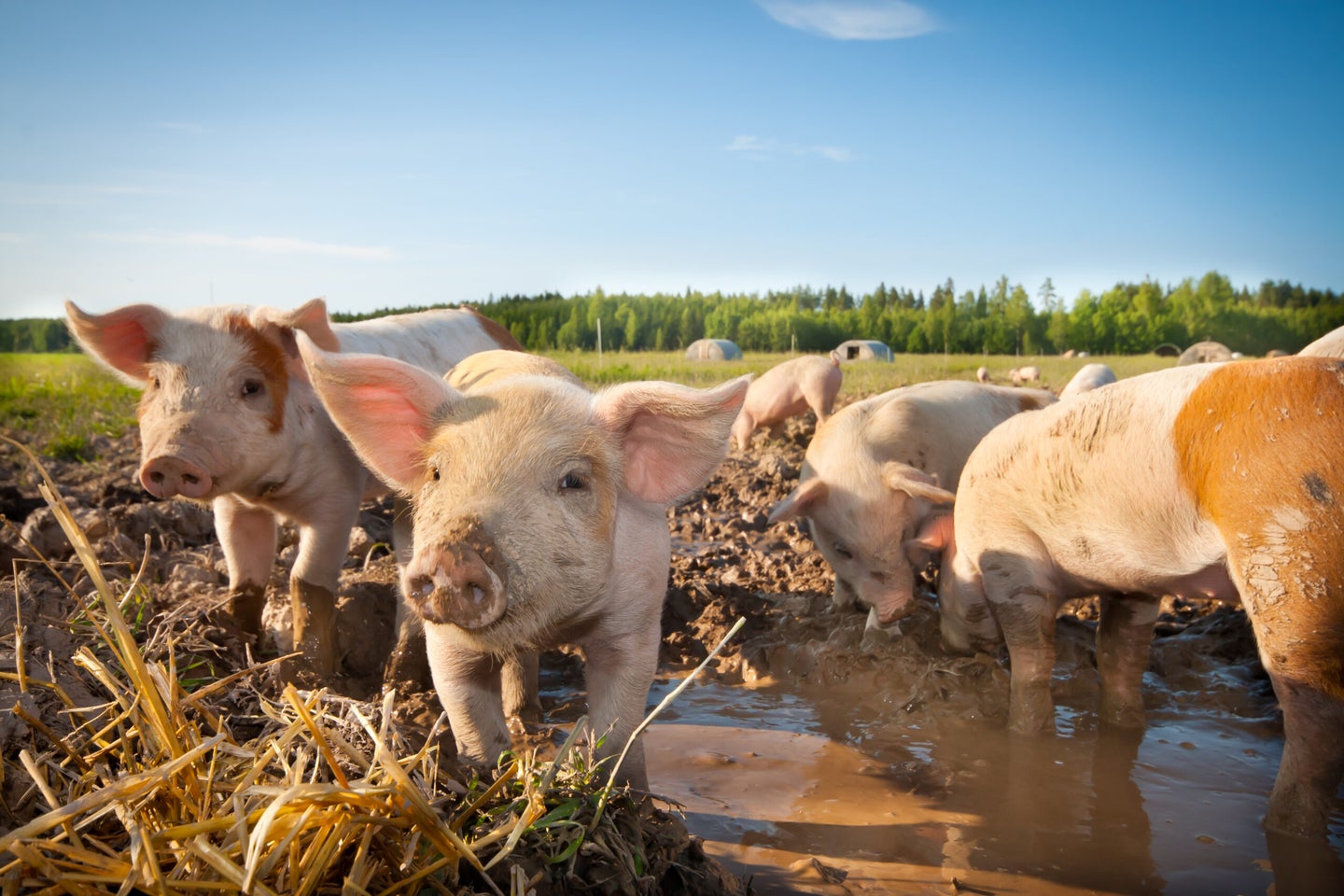 When a herd of pigs in Cambodia’s Rattanakiri province crammed into a huddle, their pink ears tinged purple, it was too late. On March 22, the National Animal Health and Production Research Institute in Phnom Penh recognized the herd’s ailment as the country’s first confirmed cases of African swine fever. Within days, 400 animals fell to the contagion, hemorrhages corroding their organs. According to a report from Cambodia’s Ministry of Agriculture, the remaining 100 were killed.

Since early August, African swine fever (ASF) has wiped out pork productions across China, Mongolia, Vietnam, and most recently, Cambodia, without signs of stopping––the virus has already claimed more than 1 million pigs in China, by far the largest pork producer in the world. African swine fever—not to be confused with swine flu, which affects humans—is not zoonotic, meaning the virus cannot jump from animals to people, but among pigs it is incredibly contagious, virtually always fatal, and can have serious economic impacts. The Swine Disease Global Surveillance Project estimates that if ASF infiltrated the United States, it would rack up $10 billion in damages just in the first year. It’s even worse for Vietnam where pork accounts for roughly three-quarters of the total meat consumption, and where the sprawling epidemic is gaining ground.

The deadly swine fever is endemic to Africa––where at least 23 strains lay in waiting––and mostly spreads to wild boar through ticks. The virus has spread through parts of Europe for decades and has established itself in Russia, though it has always been relatively contained. But when the China Animal Health and Epidemiology Center confirmed a case on the China-North Korea border on August 3, 2018, scientists knew this time would be different. China is home to half the global pig population––and with fewer biosecurity measures like trade restrictions in place to stop it. What they didn’t expect was how the virus would behave in its new environment.

Andres Perez, an epidemiologist and veterinarian at the University of Minnesota, says ASF’s slow and steady movement across Asia has surprised scientists. “Rather than spreading rapidly and then burning out, it does the opposite,” says Perez. “It’s safe to say that somewhere along its journey from Africa to where it is now, the virus adapted to different environments. Because of that adaptation, it’s behaving differently than expected and we’ve moved from a situation that has been relatively stable for decades to a completely new situation.”

Viruses are one of the simplest structures on Earth. They cannot spread by themselves, so the microscopic moochers infect cells to do the leg work. To do so, the virus, which is essentially a sack of genetic material, inserts its own information into a cell’s nucleic acid, which stores copies of the organism’s DNA and RNA. As the hijacked cell replicates, so does the virus.

Although ASF cannot replicate outside of a cell, it can survive for long periods of time without a host, which is why it’s particularly difficult to control. The virus is hard to kill, withstanding harsh environments, extreme weather conditions, and even persisting in meat that’s been cooked or smoked. That means when contaminated food scraps end up in swill, cannibalistic swine contract ASF. The contagion can lay dormant in exported corn or grain-based feed, too, until a hungry pig reanimates the virus, sometimes on the other side of the globe. The virus is also variable, meaning different strains of ASF are emerging in different areas of the world. And because the pathogen has a gigantic genome that easily changes to fit new conditions, veterinarians don’t have a vaccine against it.

A single structure contains some 165 proteins, which store genetic information about how the virus behaves. In comparison, a common strain of influenza has 11 proteins, and measles has just eight. Scientists must sequence and then understand each protein’s function in order to develop a vaccine that can prime the pigs’ immune systems to fend off the invader. They’d have to repeat the process each time the strain evolved to a new environment.

“Because there is no vaccine, disease control for ASF relies uniquely on stringent sanitary measures such as early detection of outbreak, destruction of contaminated carcasses and products, disinfection of material, and movement restrictions in affected areas,” says Solenne Costard, an ASF expert with Epix Analytics, a risk analysis firm that has modeled how human behavior affects the spread of ASF.

But these measures are costly and difficult to implement across disparate regions. Costard says their success depends on collaboration between the pig industry and veterinary authorities. “Unfortunately, it seems not all outbreaks are reported, for a number of reasons including mistrust of the authorities and inappropriate compensation schemes. Very often in such situations, farmers who suspect their farm is affected will sell animals without symptoms to try to cut their losses.”

According to the most recent United Nations report, ASF has now claimed herds in 31 of China’s 34 provincial-level administrative units, with devastating impacts on the country’s food supply and trade. An analysis by the Dutch bank Rabobank predicts nearly one-third of China’s pork supply will be lost to the deft epidemic this year. The loss is 30 percent larger than the United States’ total annual pork production, and equivalent to Europe’s entire supply.

Despite the virus’ hardiness, adaptability, and abnormally large genome, Perez believes the global veterinarian community is close to bringing experimental vaccines to market, and not a moment too soon.