It might be time to swap animal protein for similarly-delicious fungi. 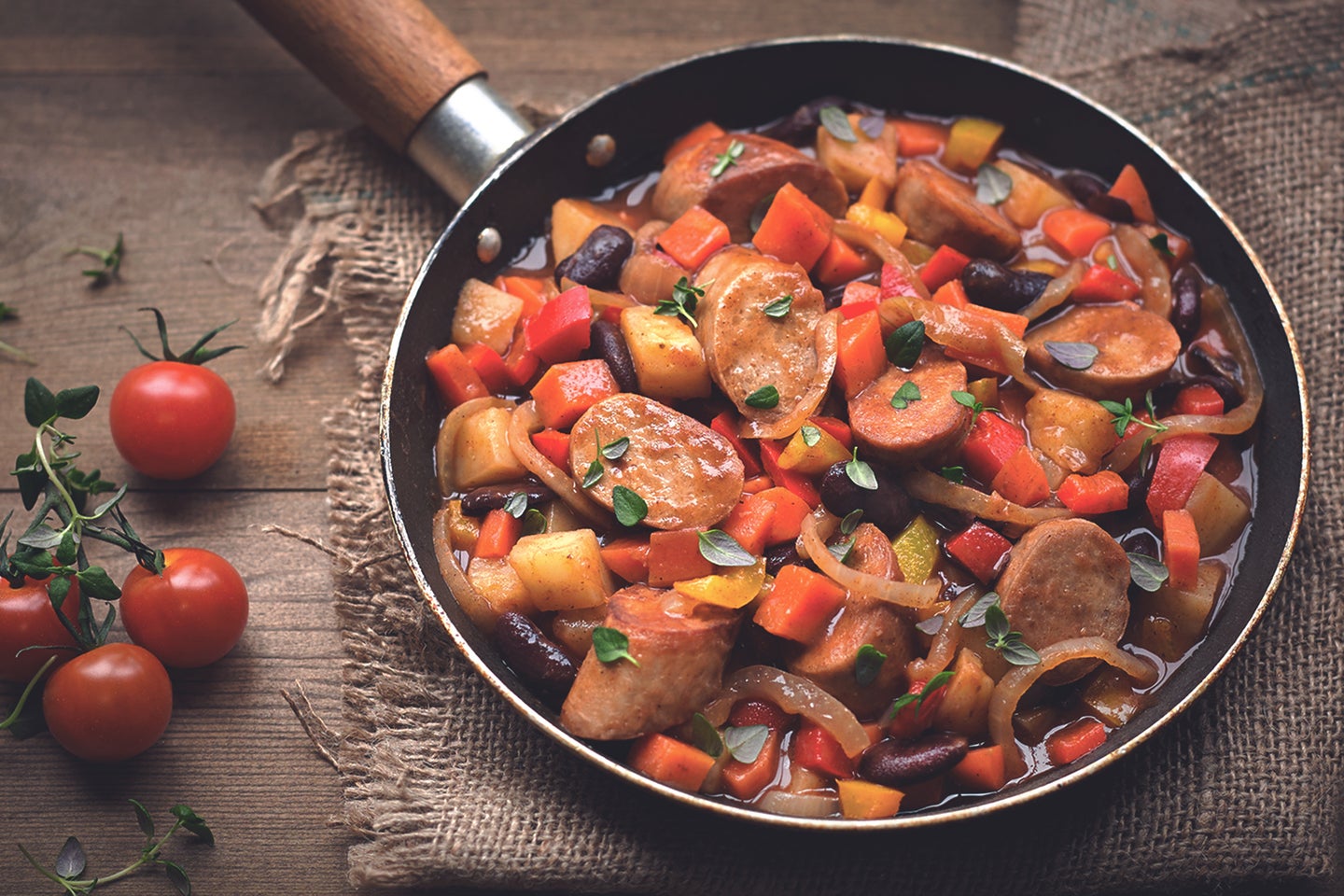 Quorn, pictured here, is one of several brands of microbial proteins on the market. Quorn
SHARE

Global food production is a major driver of deforestation and biodiversity loss. All of the food system activities—including crop production, livestock and fish farming, processing and supply chain, and land use—account for about 37 percent of total greenhouse gas (GHG) emissions. More than half of these emissions come from the production of animal-based food and livestock feed.

Producing ruminant meat, or meat from cattle, sheep, goat, and buffalo, remains an overwhelmingly GHG-intensive process. To reduce the consumption of ruminant meat and minimize the environmental impact of food production, it’s necessary to explore various meat alternatives. People can opt for plant-based substitutes that mimic meat products using plant materials like soy or peas. There’s also the option of lab-grown meat, which comes from the cultivation of a small sample of animal cells. Both would produce significantly fewer GHG emissions and use less water than conventional meat.

However, there is another meat alternative that should be on consumers’ radars: fermentation-derived microbial protein.

Viability of microbial protein as a meat alternative

Microbial protein refers to protein derived from microorganisms such as fungi, bacteria, or algae. To turn the proteins into a meat alternative, the organism needs to be cultivated in bioreactors—a type of fermentation vessel—using sugar as feedstock.

“Once the target organism is successfully grown, the so-called biomass is harvested,” says Lutz Grossmann, assistant professor in the Department of Food Science at the University of Massachusetts Amherst. “This biomass can then be converted into different kinds of foods, or the proteins can be extracted and used as a food ingredient.”

In producing meat alternatives, the microbial protein may have an advantage over animal or plant protein because it is not dependent on climate or season, which means land shortage, droughts, or floods wouldn’t restrict its production.

[Related: How to enjoy fake meat in a way that actually helps the planet.]

“The advantage of using such organisms as a food source is that we can cultivate them under controlled conditions in areas where the cultivation does not compete with agricultural land,” says Grossmann. “Also, growing these microorganisms usually does not require pesticides and they have a high protein content.”

A common example you may find in your grocery store today is Quorn, which uses mycoprotein derived from the fungus Fusarium venenatum to make meat substitutes that are intended to taste and feel like animal meat, such as burger patties or meatballs. Meanwhile, Nature’s Fynd uses protein from Fusarium strain flavolapis, a fungus discovered in the geothermal hot springs in Yellowstone National Park.

According to a recent study published in Nature, annual deforestation may be cut in half if 20 percent of per-capita ruminant meat consumption was substituted with microbial protein by 2050. This substitution would offset future increases in global pasture area, which can also cut related CO2 emissions in half, says Florian Humpenöder, study author and senior scientist at the Potsdam Institute for Climate Impact Research.

“The production of ruminant meat requires large areas for cattle grazing or growing its feed on cropland, which causes deforestation, biodiversity loss, and CO2 emissions,” he adds. “Today, almost 80 percent of global agricultural land including cropland and pasture is used for feeding livestock.”

Although the production of microbial protein has considerably lower land use and GHG emissions compared to that of ruminant meat, its energy consumption is almost equal to that of beef production. The entire process of microbial meat production—which includes electricity generation, microbial cultivation, bioreactor stirring and cooling, and the eventual downstream processing of biomass and proteins—requires energy. Microbial protein may contribute fewer GHG emissions if the cultivation process is designed with sustainability in mind, says Grossmann.

Meat alternatives can be tasty and healthy

Although an increasing number of people are willing to try meat alternatives and incorporate them into their diets, there’s still a lack of product diversity, says Grossmann.

A 2021 survey from the International Food Information Council found that 65 percent of Americans consumed plant-based meat alternatives in the previous year. However, many remain reluctant to try them because they might not taste as good as animal meat. Some people have dietary concerns as well, and they don’t believe that plant alternatives may be better for their health.

In reality, microbial protein is protein-rich, and it also contains all the essential amino acids that humans need to obtain from nutrition, says Humpenöder.

[Related: Our meat habit is causing pollution issues—by way of our poops.]

“[Meat alternatives] can also be a more healthy choice because they can be formulated with more healthy ingredients, such as fibers, less saturated fats, and less salt,” says Grossmann. “They can also be fortified with important vitamins and minerals. We will see more and more of such products coming on the market in the future that will also have an even better taste.”

Meat alternatives need to provide the same sensory experience as animal meat in terms of the look, texture, smell, and flavor to encourage consumers to make the switch to more sustainable options. Researchers from a 2022 Applied Economic Perspectives and Policy study conducted a blind tasting experiment and found that 100 percent real beef is still the most preferred option compared to the blended burger with 70 percent beef and 30 percent mushroom or burgers made with alternative protein.

“There is a hurdle for many consumers to try new foods,” says Grossmann, “but once the products are more established, people encounter and try it more often, [and] they can become a staple food of our everyday life.”