How to eat sustainably without sacrificing your favorite foods

The food system is complicated, but these tips are simple. 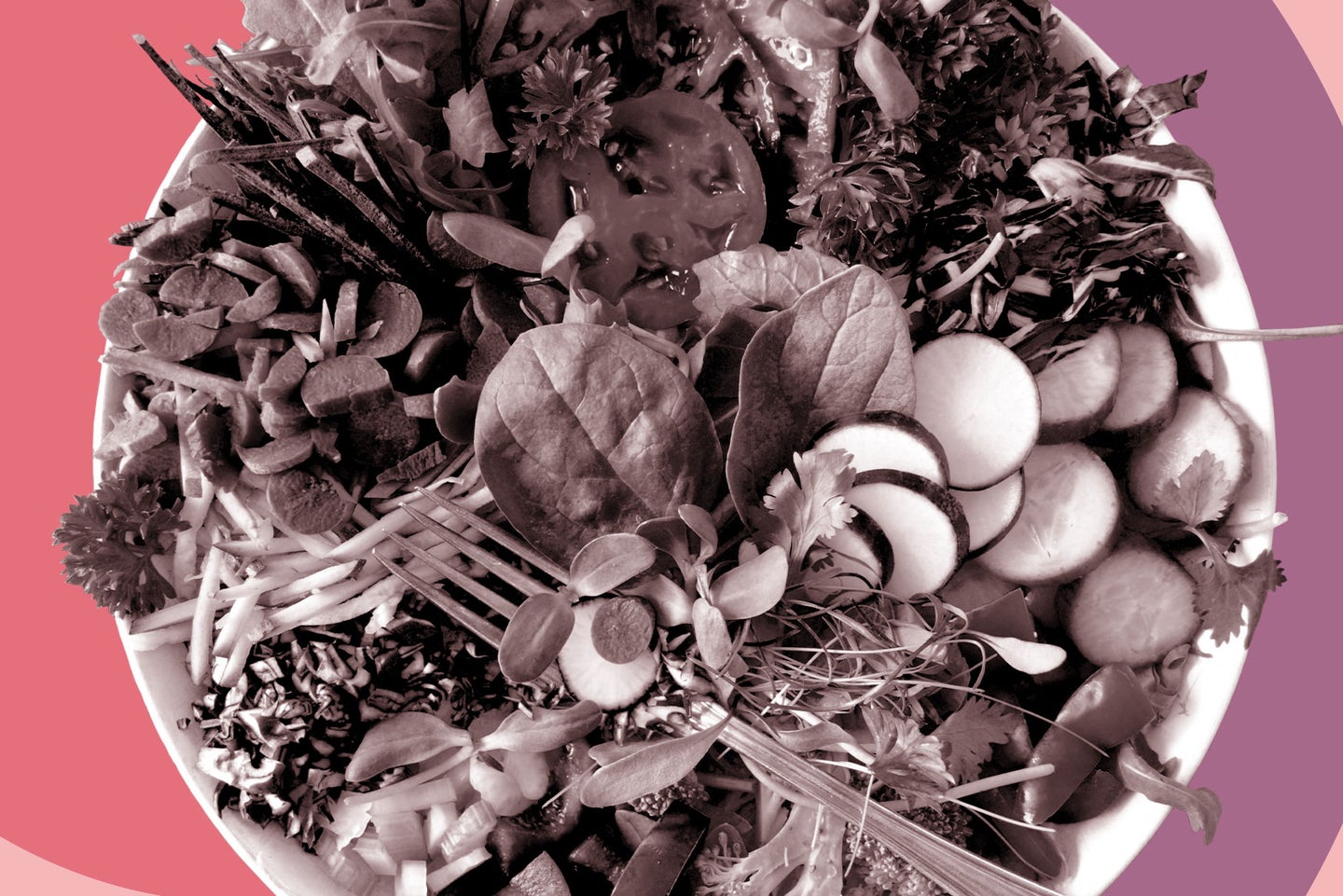 Whether you’re a vegetarian, vegan, pescatarian, flexitarian, so something completely different, you might think a lot about how the foods you eat alter the planet. But unlike other major activities linked to climate change, the answer isn’t always so clear-cut. Sustainability labels can be confusing, and there’s a lot more than just carbon emissions to account for when it comes to making sure your food is an ethical win.

Still, there are a few surefire ways to dine well and still protect the planet.

1. Reconsider your relationship with protein

The most obvious thing to do if you care about the planet (and your health) is to lower the amount of beef, lamb, and goat meat you eat, says Sean Smuckler, associate professor and chair of Agriculture and Environment in Land and Food Systems at the University of British Columbia. So before you even dive off the ledge of going fully vegetarian or vegan, it’s important to know which meat products are the worst climate contenders.

“The biggest decision to make is just how much meat you want to eat, and within that, [choose] a meat that’s less climate impactful,” he says.

Ruminants, which are the family of animals that contain cows, goats, and sheep, gather their food and nutrients by more or less fermenting it in their stomachs with special microbes. While this is a fascinating process to consider biologically, their diets often result in high methane emissions. Poultry and pork, on the other hand, have a pretty high footprint compared to vegetables and dairy, but a significantly smaller one than beef.

Vegetable-based meat substitutes are another option to consider, though their exact impacts are somewhat mysterious, Smuckler says. “It’s clear that their emissions profile is smaller than the meat they’re replacing, but by how much we don’t know,” he explains. (The jury is still out on their health impacts as well.) But one thing doctors know for certain is that a lot of people in the US and UK are already eating too much protein—so cutting down on meat consumption just for health purposes is a good step.

Seafood is another sticky issue in the protein department. Some varieties of small-schooling fish, like anchovies and herring, and farmed mollusks are generally considered sustainable; but health-food favorites like prawns can take as many as 2,650 gallons of fuel per ton to haul out of the ocean. “Foods that are healthy tend to be more sustainable, but there are exceptions,” says Michael Clark, a post-doc researcher at The Oxford Martin Program on the Future of Food.

Processed foods, which make up the bulk of American people’s diets these days, can be sticky, too. It’s already clear that certain kinds are detrimental to human health, and goods that contain palm and soy oils have “substantial” impacts on the planet.

But in some cases, minimally processed foods could be a godsend for individuals who are also worried about how much food they throw out. There are serious ripple effects from sending food to landfills—somewhere between six and eight percent of greenhouse gas emissions could be eliminated by simply cutting down food waste.

Recent research by Clark and others suggests that moving away from unhealthy food to healthier choices can have significant impacts on the environment. A big part of that switch could mean using minimally processed (frozen, chopped, or dried, for example) fruits, vegetables, whole grains, and so on. One recent study also showed that minimally processed fruits and vegetables are less likely to get tossed out—therefore limiting environmental degradation.

The question to ask yourself, Oxford’s Marco Springmann told the BBC, is if you would have to use appliances at home to prep the food you’re buying, like cooking rice or freezing fruit for a smoothie. “If you processed some food at home, the chances are you expend more energy doing that, as the process isn’t as streamlined as a big factory.”

Moral of the story here is that if your version of a healthy diet consists of fresh veggies and grains, but you’re worried you won’t be able to eat it all before it goes bad, go with pre-cooked quinoa or okra crisps. Maybe step away from the super-processed stuff like chips and chicken nuggets, though.

3. Get involved with local food suppliers

An often-told parable of climate-friendly diets is to know where your food comes from. But figuring out where exactly the tomato in your cart was first planted can be even more difficult than interpreting the stickers and labels that end up on groceries. If you’re extra keen to understand the exact sources of your meals, Smuckler suggests getting invested in your local farming scene to learn if the growers are using organic or regenerative practices.

The food system is incredibly nuanced: What may have a lighter greenhouse gas load, for example, might require lots of water to cultivate or manufacture. “The tradeoffs can become quite complicated, and it’s difficult for consumers,” Smuckler explains. “That’s why, for me, knowing the farm or the farmer and how they produce the food makes a huge difference.” Knowing the person making the stuff you’re buying is the greatest level of transparency you can get.

Of course, not everyone has time to research all the kale and lettuce growers in their region. But even trying a little bit, be it doing a Google search for sustainable farms that use methods like carbon sequestration, permaculture, or Community Supported Agriculture before hitting the shops. You can also use your purchasing power to steer the system: Grocery stores and restaurants pay attention to what customers want, and pushing for affordable, planet-friendly options can help in the long run.

“The best advice is to try to make the choices that indicate what your desire is,” Smuckler says. “If we’re putting the indicators out there, we’re moving the dial on the system.”