Five misconceptions about single-use plastics that might surprise you. 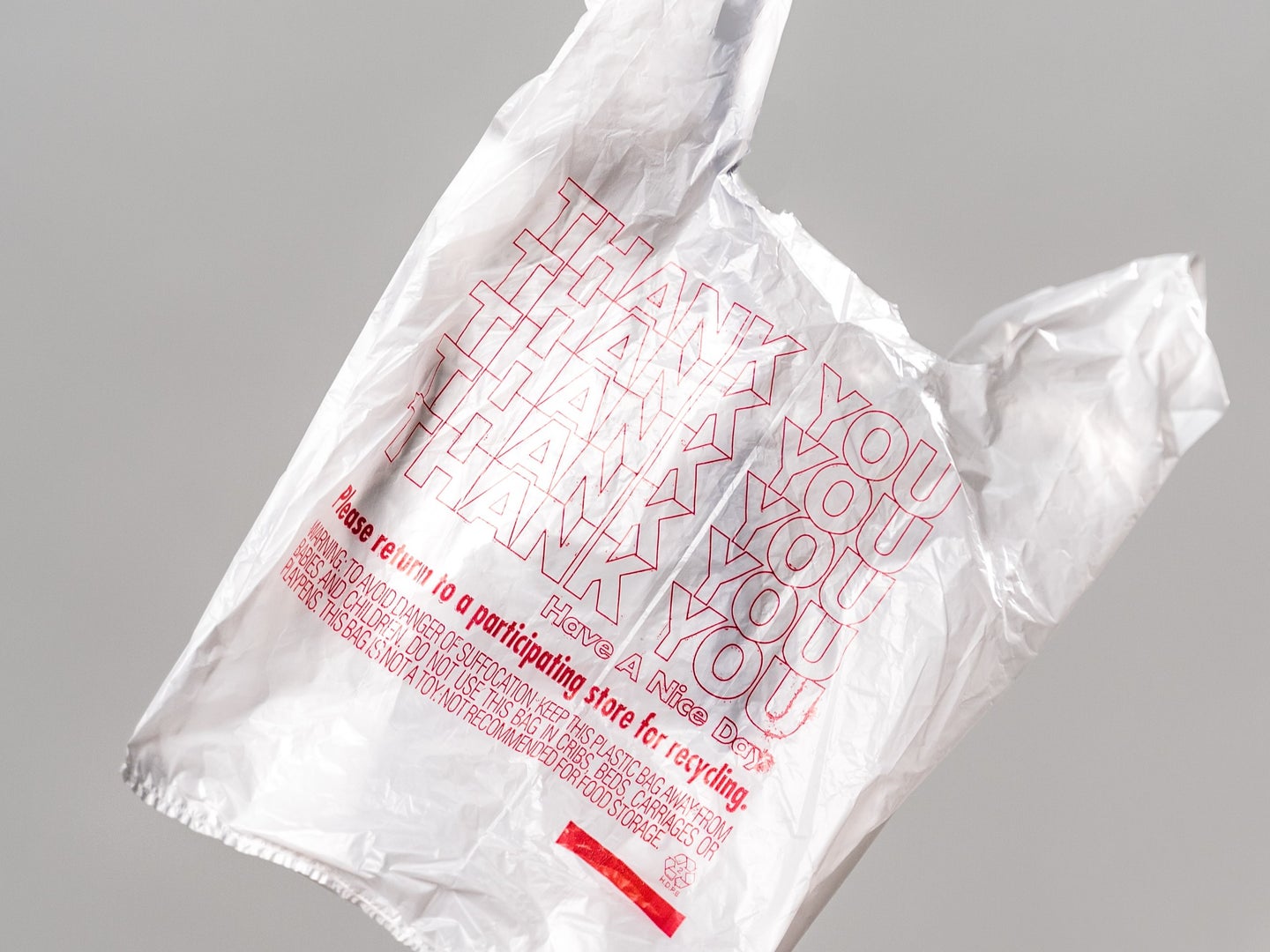 Plastic bags and other single-use plastics aren't good for the environment, but they are only one component to sustainability. Unsplash
SHARE

Single-use plastics, like plastic grocery bags, are often the poster child for waste. Despite this notoriety, these materials aren’t necessarily as wasteful as many consumers may think. According to a new study, there are a number of similar misconceptions about how certain consumer behaviors, like using plastic bags, actually affect the environment.

“Single-use plastic is one small piece of moving towards sustainability,” says Shelie Miller, a professor of sustainable systems at the University of Michigan and an author on the study. In the new paper, published this week in the journal Environmental Science and Technology, Miller tackles five misconceptions about the impact of this commonplace material.

To do the study, Miller used a strategy called life cycle assessment, which evaluates the environmental impacts of each stage of a product’s life from creation to disposal in a variety of categories. She identified five major findings: First, that a packaged item typically has more environmental impact than the packaging itself; second, that plastic doesn’t always have the most impact of any packaging material; third, that  reusable products just aren’t always better than single-use from a sustainability perspective; fourth, that recycling and composting are the sustainability activities that most deserve our attention; finally, that many zero waste initiatives actually contribute to to the problem they’re trying to solve.

Some of these issues make sense: For instance, reusable products only create less waste if they’re reused enough times to justify their existence. Take tote bags, says Miller. “We know that consumers like them, we know that they want to reuse them.” But we also know that many people don’t use their totes with enough regularity to make up for the fact those totes use more material than plastic grocery bags.

Others are less intuitive. For instance, Miller found that the environmental impact of packaging only comprised about 10 percent of a product’s overall environmental impact, measured across a variety of categories. That held true even for food, which is a material many of us think of as transient.

The bottom line is buy less, when you can, and buy with intention. “Priority number one really is mindful consumption,” Miller says. That prevents waste, which is the biggest issue of all. One example of this practice’s weirder aspects in motion is the environmental impact of meal kits versus that of grocery meals. Last year, Miller and colleagues found that meal kits, even with all their packaging, produced less overall waste because they resulted in users throwing away less food compared to when they shopped for groceries.

“This study was really trying to put [that finding] into a bit better context,” she says. “It’s not that we don’t want to worry about single-use plastics, but it really is not seeing the forest for the trees.”

Instead of focusing all your energy on recycling, composting and reusing, her research suggests prioritizing just consuming less of everything is a more useful thing for your household to be doing.

Still, the issue goes beyond consumers. “Solid waste that we generate in our households is really just the tip of the iceberg,” Miller says. Continuing to push for change on a societal level to ensure everyone has access to food and that big corporate polluters are held to account is also an important part of becoming a sustainable society, she says.

Ironically, the battle against single-use plastics, while slightly misleading, is an example of concerned individuals working to get real change on an issue. “We shouldn’t get rid of that,” Miller says. “We just need to broaden that even further.”

So figure out if you can actually reuse your totes the almost 200 times that would actually justify their existence, or if your finite time and energy could be better spent in the fight for a more just and ecologically sustainable world. The answer might surprise you.