The truth about counting calories

All bodies and foods are not the same. 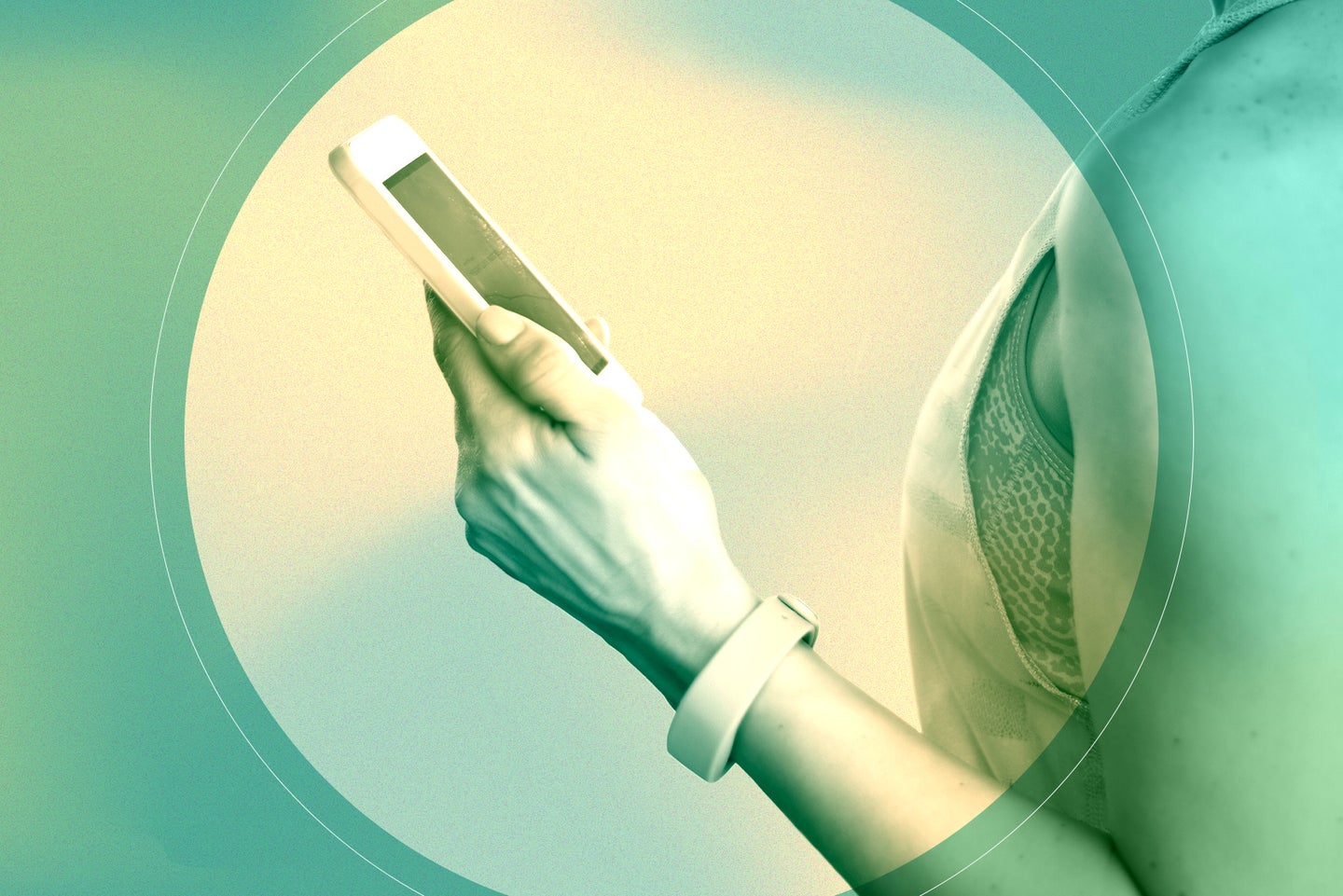 Counting your daily calorie consumption doesn’t always correlate with the amount of energy our bodies consume and burn.
SHARE

Calories in, calories out—it’s diet dogma. Eat more than you burn, and you’ll gain weight; eat less, and you’ll lose weight. Finding ways to monitor where you fall in this caloric balance has never been easier. Hundreds of diet-tracking apps, from MyFitnessPal to Livestrong, boast databases of nutrition information for thousands of foods. Plug in your age, size, and sex, and they’ll claim to tell you exactly how many calories you need in order to lose or maintain your weight. But is it really that simple?

Likely no, according to experts. While consistent diet monitoring can help some people lose weight (maintaining that weight loss is a different story), actual calorie-tracking isn’t as accurate as it might seem. In fact, counting your daily calorie consumption doesn’t always correlate with  the amount of energy our bodies consume and burn.

“People should not rely on this as the Bible of food intake and expenditure,” says Susanne Votruba, a research dietitian at the National Institute of Diabetes and Digestive and Kidney Diseases (NIDDK).

What is a calorie?

So, where did the calorie come from anyway? In the late nineteenth century, American chemist Wilbur Olin Atwater set out to measure the energy we put into our bodies by, quite literally, blowing food up. Atwater used a device called a bomb calorimeter, a sealed container situated in a known quantity of water, which measures the amount of heat produced during a chemical reaction. He’d place the food inside the device, run an electric current through it, then boom. The higher the energy of the food, the more it would heat the surrounding water—the calorie is the unit of energy needed to raise the temperature of one milliliter of water by one degree celsius. (The calories you see on a nutrition label are actually kilocalories—the energy needed to raise the temperature of a liter of water by one degree.)

Of course, our bodies don’t use every particle of food we eat, so Atwater also collected the poop and pee of participants and… yep, blew that up too. Based on the energy difference between what participants ate and what they excreted, Atwater determined that there are 9 calories in a gram of fat, 4 in a gram of carbohydrates, and 4 in a gram of protein. That’s the system we use today. (Only rarely do we still blow food up.)

Alas, people are not bomb calorimeters and all foods aren’t created equal. Atwater’s system was pretty accurate for the foods he measured—but it was never intended to be applied to every morsel we put in our mouths today, says David Baer, a research physiologist at the U.S. Department of Agriculture. “Apply it to some foods, and Atwater’s system kind of just falls apart,” Baer says.

More specifically, Atwater’s system doesn’t tell us about what happens to different foods as they travel through our individual digestive system and how our bodies absorb those nutrients, says Peter Ellis, a biochemist at King’s College London. “We’ve known for a long time that there’s a wide variation in how foods get digested,” Ellis says.

Not all foods are made equal

Take nuts, for example. Nuts are rich in fats—if you entered a few handfuls into your diet-tracking app, that could put a serious dent in your daily calorie goal, based on the Atwater system. But research suggests that not all those calories are available to us. The fat molecules in nuts are encapsulated inside cell walls, which are made of dietary fiber that we can’t digest, Ellis says. And it turns out that our digestive system isn’t totally efficient at breaking into those cells and harvesting the fat. To test this out, Ellis and his colleagues had participants eat a diet high in almonds with only small amounts of other types of foods. Then they collected and analyzed the participants’ poop. Their research, published in the American Journal of Clinical Nutrition found that many of the almond particles had passed through the digestive system intact, still containing their fat molecules.

Scientists at the United States Department of Agriculture conducted a similar experiment with cashews, in which they compared the energy of the nuts participants ate and what they excreted. Their results, published in the journal Nutrients, found that the participants had absorbed less energy from the cashew nuts than what the Atwater factors would predict: only 137 calories on average, compared to 157 calories.

“So the idea that all foods are digested to the same extent is certainly not true,” Ellis says. And it’s not just nuts. Ellis has found that our bodies aren’t all that great at accessing the starch and sugars inside beans, among other plants. Similar to nuts, those energy-rich molecules are tucked away inside fibrous cell walls. Then, we have to consider the effect of cooking food, which isn’t factored into the Atwater system. The energy you get out of a cooked meal is often greater than the sum of its parts—processing can make the macronutrients in food (starch, fats, and proteins) more accessible to our bodies.

Finally, there’s interindividual variability—we’re not equally efficient at harvesting energy from our food. Those differences can be owed largely to our gut microbiota, says Kathleen Melanson, a professor of nutrition at the University of Rhode Island. Some microbes help us get more energy out of our food, while others steal some energy for themselves. Our balance of gut microbes helps determine many calories we’re actually consuming.

The difference between 137 and 157 calories in a serving of cashews might not sound like a lot, but it’s enough to make a difference in the accuracy of a diet tracker, Melanson says. “You can’t count on it to be right on the spot.” A 10 to 20 percent discrepancy can add up to hundreds of calories over time. Though, Melanson adds, that human error—incorrectly tracking the quantities of foods or failing to track certain ingredients—is almost certainly a greater source of inaccuracy. People just aren’t great at estimating how much they eat to begin with, nevermind the accuracy of Atwater’s system.

Should you track your calories?

Given the numerous potential sources of error, is tracking calories even worth it? Monitoring what you eat can be an important step in developing healthy eating habits and even losing weight, if that’s your goal, says Brooke Tompkins Nezami, a behavioral nutrition scientist at the University of North Carolina at Chapel Hill. A 2013 study, published in the International Journal of Behavioral Nutrition and Physical Activity, found that when people simply tracked their diet for eight weeks, they ate two more servings of vegetables a day than they did at the beginning of the study.

Consistency is a better predictor of success than accuracy, Nezami added. In other words, people who benefit from these apps aren’t hitting their calories on the nose every day—they’re just paying attention.

Tracking the calories themselves might not even matter. People benefit from just writing down what they eat, without the calories themselves, Nezami says. And for some people, this system might even be more beneficial. “Calorie tracking is time consuming. It can be burdensome for some people. And that’s one reason that we started exploring alternative, potentially more simplified tracking methods,” Nezami says. One of those methods includes sorting foods into three categories: green, yellow, and red, based on their calorie content, and simply monitoring how many “red,” or high calorie, foods you eat.

The bottom line: If calorie tracking is working for you, go for it. But there’s no need to obsess over whether you’re hitting your goals every single day, says NIDDK’s Votruba. “If people want to track and use these apps, I think that’s fine and can be helpful,” she says. “But if it starts to rule your life, then it’s not something that’s worthwhile because it’s giving you a number that may or may not be accurate.”