The fat-heavy diet is good for some diseases, but not as a general weight-loss practice. 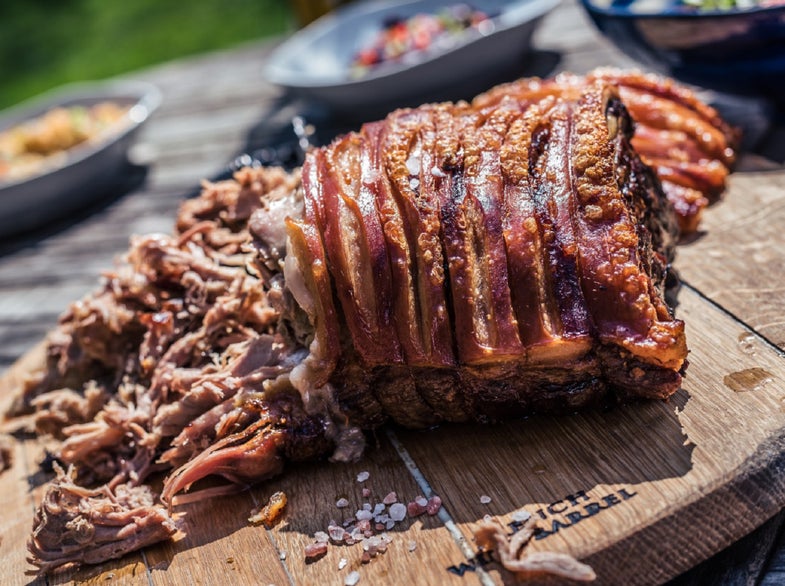 The ketogenic diet didn’t start as a weight-loss method. It was a treatment for epileptic kids—one of the few that worked, especially for those who had already tried traditional medications. But odds are the only people you’ll hear talking about it today are those looking to drop a few pounds without giving up butter.

Keto, as it’s known among dieters, is based around getting most of your calories from fat, some from protein, and almost none from carbohydrates. It’s like a more extreme form of Atkins, except keto actually came first. It became an epilepsy treatment back in the 1920s, whereas the weight-loss paper that inspired Dr. Atkins to establish his low-carb diet wasn’t published until 1958.

The idea of eating fat in order to lose fat is obviously appealing. Oils and fats are filling and soothing, so prospective dieters feel they might not have to sacrifice as much. And everyone knows that carbs are the devil anyway, right? If it started as a medically-prescribed diet, surely it must be healthy.

But like your opinion on most fad diets, your thoughts on keto are probably based on vague notions sourced from the nightly news. Food trends tend to skyrocket to fame and fall from grace before science ever has a chance to weigh in. But you should want to see solid research before you commit to a whole new way of eating. In honor of PopSci’s Fat Month, let’s do a quick refresher on what keto really is—and whether it works.

What is the keto diet again?

The real ketogenic diet requires you to get 80-90 percent of your calories from fat. You should also consume about one gram of protein per kilogram of bodyweight and limit carbs to 10-15 grams a day. That’s a huge shift from the average American diet, in which about half of all calories come from carbs.

It’s still not clear exactly why the diet works to treat epilepsy, or why it seems to help with a variety of other neurological diseases, but it probably has something to do with the biochemical changes it produces inside the body.

Normally, your body runs on carbs. Breaking down complex strings of carbon and hydrogen into smaller molecules is how your body fuels everything from leg muscles to brain matter. This is why a perfectly healthy diet can contain so many carbs—you need them. You just need to get them in a complex form, like the carbs in whole grain bread, rather than in their simple form, like in sugar and starch.

When you shift to a diet that’s almost entirely fat, you’re forcing your body into what is essentially starvation mode. Deprived of its main fuel source, your body shifts into ketosis, which is when you turn your fat stores into ketone bodies. Ketones can act as a substitute for molecules like glucose that your body would normally get from carbs. Having ketone bodies instead of glucose in the brain might be why this diet works for epileptic people, and breaking down body fat makes it appealing to all the fad dieters. If you’re doing keto for weight loss, the idea is that you’re trying to constantly keep your body in a mild state of starvation, such that you’re burning off fat all the time.

So does it actually work?

Keto definitely works for a lot of epilepsy patients, and plenty of dieters see real weight loss results on it as well. But it’s not clear that the decrease in body fat is permanent, or that it comes as a result of the ketosis itself.

In the abstract, eating mostly fat might sound appealing—even easy, as far as diets go—but it’s actually pretty difficult. The average American consumes close to 45-65 percent of their calories from carbohydrates. It may be simple to cut out obvious bread and pasta products, but what about fruit? Fruits are almost entirely made of carbs, and the fibers and complex sugars in fresh fruit are good for us. At a maximum of 15 grams a day, you can fulfill your entire carbohydrate allotment with a single small apple. All of this is to say that really sticking to the keto guidelines is hard. So hard, in fact, that a lot of dieters don’t actually meet them.

Epileptic patients have the help of a professional nutritionist who composes a diet and suggests meal plans. Most people shooting for weight loss don’t have that advantage, and it’s easy to slip into a diet that doesn’t actually trigger ketosis. Counting calories accurately is challenging, and if your calculations are even slightly off, you might prescribe yourself a meal plan that isn’t quite pushing you into starvation mode.

Professional nutritionists think that a lot of the weight loss you see on the keto diet is really just a reduction in total calories, which is common for new dieters. Having to think about everything you eat usually leads to decreased food consumption overall, so for a month or so you consume fewer calories. This is the same reason that you see weight loss at the beginning of almost any diet. The problem is that most people don’t stick to the plan for more than a few months, especially because weight plateaus as the body adjusts to eating less. Without constant losses to keep them motivated, most people fall back into bad habits.

Is keto healthy for you?

Probably not, especially in the long term. Eating 90 percent fat isn’t good for your heart health, and though limiting your carbs is generally a positive thing, the excessive limitations of keto make it hard to get the nutrients of a “balanced” diet. You’re taking in almost no fruit and, unless you’re vigilant about eating a ton of leafy green vegetables, you’re limiting most of your fiber sources and missing out on some essential nutrients. Epileptic patients require careful meal planning to make sure they’re still getting everything they need, but fad dieters often don’t put the same thought into their daily food. It’s hard to design a whole diet when you’re not a professional nutritionist.

Keto might not be great for your metabolism, either. It seems like a good idea to burn off your body fat, but when you stop producing glucose and switch to ketone bodies, you’re also straining your liver and kidneys. Your whole body is designed to run on carbs, and the benefits you get from decreasing body fat won’t necessarily outweigh the downsides of eating mostly fats. The American Heart Association and the American Dietetic Association have both stated that low-carb diets can be dangerous to people with cardiovascular disease or diabetes, especially if they’re prone to high lipid levels. The jury is still out on whether keto is advisable for the average healthy person, but at best it’s going to be moderately helpful.

Unfortunately, the best diet advice is still the same boring spiel you’ve always heard: Eat plenty of colorful fruits and veggies, get enough protein from a variety of sources, and don’t eat much sugar. When you get carbs, consume them in whole foods and grains that will limit your post-meal insulin spike. The reality is that weight loss is hard, and you’ll be better off in the long run if you pick a balanced diet you can stick to. Leave keto to people who need it, and don’t build your whole life around fat.