Then again, you shouldn’t be anyway. 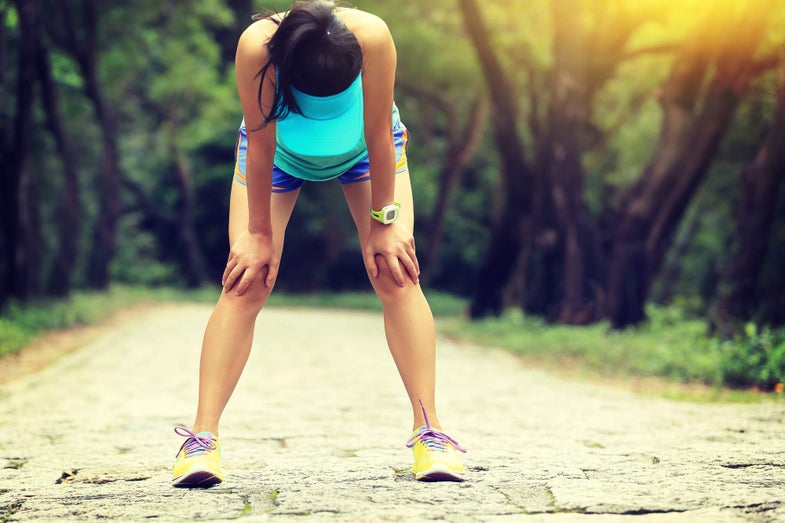 You probably aren't in ketosis, even if you want to be. Deposit Photos
SHARE

This story has been updated. It was originally published on June 18, 2018.

Keto is hard. If it’s not hard, you’re probably not doing it right.

The diet gets billed as a miraculously enjoyable diet—eat all the fat you want, just cut out the carbs. But the ketogenic diet (also called keto) was never supposed to be fun. It was supposed to treat severe epilepsy. And as a medical treatment, it was only intended to be administered under the supervision of trained nutritionists and physicians. The professionals would be able to monitor patients for potential problems and ensure that their diet was actually keeping them in ketosis—a metabolic state where your body switches from using glucose as energy to using ketone bodies, which come from body fat. They needed those checkpoints because staying in true ketosis is exceptionally challenging for adults.

“It’s not so easy to get an adult body into ketosis,” says Teresa Fung, a professor of nutrition at Simmons College. “That’s why the keto diet is used as a treatment of epilepsy in children or infants—because it’s easier.” Kids are growing rapidly, she explains, so their use of food as fuel is different from the way adults use it. Researchers aren’t exactly sure what those differences are, but Fung says it’s so hard to get adults into deep ketosis (which is likely deeper than a dieter’s target) that often nutritionists don’t even attempt it as a therapy. It’s primarily kids who undergo the treatment today.

This is in part because patients need to be in deep ketosis to see an impact on epilepsy, likely deeper than the average dieter, but without a nutritionist guiding you it’s still hard to get down into ketosis. It’s not exactly clear why ketosis seems to improve epilepsy, but it seems to have something to do with the brain’s use of ketone bodies in place of glucose, which only happens when you’re nearly in starvation mode. (It’s important to note here that “starvation mode” is not in reference to how hungry you feel.)

“Keto is not easy to maintain, it’s not a palatable diet,” says Andrea Giancoli, a dietician and nutrition consultant in California. Getting 80-90 percent of your calories from fat—which is what’s generally required for keto—is actually difficult. It involves eating a lot of rich, heavy foods with little variety—think fatty meats and gravy on cauliflower. You’re only allowed 10 to 15 grams of carbohydrates per day, and though many dieters stretch that to more like 20 or 30 grams that’s still only about one banana. A single apple could also get you past that limit depending on its size (though the fiber in an apple means that many dieters don’t count those carbs towards their daily limit) and a couple slices of bread likely fulfill the requirement as well.

But the real problem isn’t going over your carb limit—it’s the protein. A therapeutic keto diet limits your protein intake “If you’re eating a lot of protein, you’re breaking that down into carbs,” Giancoli explains. Your body is in desperation mode on keto, she says, and without a reasonable supply of carbohydrates coming from grains and fruits, you’ll start breaking down the amino acids in proteins to make glucose. Glucose, though it sounds like a scary sugar, is your body’s primary source of fuel. Too much isn’t good for you, but you need some just to allow your cells to function normally.

The point of keto is to force your body to deplete its glucose (and the stored form, glycogen) so it will have to use body fat as a fuel source. It’s capable of making ketone bodies from your fat, which can replace glucose as an energy-storing molecule if necessary. To do that, you have to break apart fat molecules thus ‘burning’ the fat off. But here’s the thing: your body really really doesn’t want to run out of glucose. No glucose means starvation as far as it’s concerned—even if you’re not feeling hungry, your body is still missing one of its key macronutrients. And when you’re (nutritionally) starving, your body will start to break down protein just to get those sweet, sweet carbs. Of course, you have a source of protein in your body already: your own muscles. “When in starvation mode, your body breaks down muscle in your body,” says Giancoli. “Ketosis is a way of trying to preserve that protein. It’s not ideal, but it’s your body’s way of saving you.”

If you give your body any more than the absolute minimum amount of protein that it needs, it will immediately break it down into carbs. This is why keto sites often give a guideline for not eating too much protein. The problem is that there’s no one guideline that works for everyone, and without specifically tailoring keto to your body it’d be easy to accidentally ingest too much protein.

[Related: Five diets that could be deadly]

On the other hand, you can’t eat no protein. You need it to keep your muscles functioning and to build hair and nails and to manufacture hormones.

This is why epilepsy patients have to get prescribed diets from profession nutritionists. Without getting into true ketosis, dieters risk ingesting an enormous amount of fat—and potentially a lot of saturated fat, if you’re eating animal meat—without any of the fat-burning effects of ketosis. “The fat is the thing that’s problematic for a lot of people on keto,” Fung says. “They basically give a pass for any types of fat and a lot of the recipes encourage saturated fats like butter.” Dieters who are careful to focus on healthy, unsaturated fats like those in avocados may not have issues, but again Fung notes that you end up with a fairly monotonous diet that way, and thus a lot of people end up eating more saturated fats. “To me as a nutritionist, that’s pretty scary.”

Of course, ketosis itself comes with its own risks. Circulating ketone bodies make your blood too acidic, and your body will draw calcium from your bones as a buffer. This also happens in ketoacidosis, which is when you have so many ketone bodies that it becomes dangerous and will draw far more calcium out of your bones. Giancoli notes that dieters usually aren’t in such an extreme starvation mode that they develop ketoacidosis. There are few to no studies on healthy adults undertaking a non-therapeutic ketogenic diet, but studies of epileptic children on the diet show increased bone demineralization and high calcium levels in the blood.

The high fat content in the diet, especially if you’re eating saturated fats, can raise your cholesterol levels and contribute to developing cardiovascular disease. Without the fiber from whole grains and fruits, you’re also likely to get constipated and have other digestive issues. Plus you need fiber to maintain a health gut microbiome, which tends to come from the kind of whole grains that you can’t eat on the diet, and though it is possible to get enough fiber from vegetables on the keto diet you have to carefully monitor your eating to ensure that. Neither Giancoli nor Fung any of the other dietitians and nutritionists who evaluated keto for a recent US News & World Report diets ranking would recommend it. Many of them said they had serious concerns about long-term safety of doing keto. Though you may very well lose weight, most people on most diets gain the weight back (and sometimes even more) when they go off the diet, which many dieters do because radical shifts in what you eat are hard to maintain for long periods of time.

So maybe not being in ketosis isn’t so bad after all—now just cut back on the saturated fats.