The U.K. Prime Minister today proposed a sweeping set of internet filtering--some would say censorship--laws. They will go nowhere. 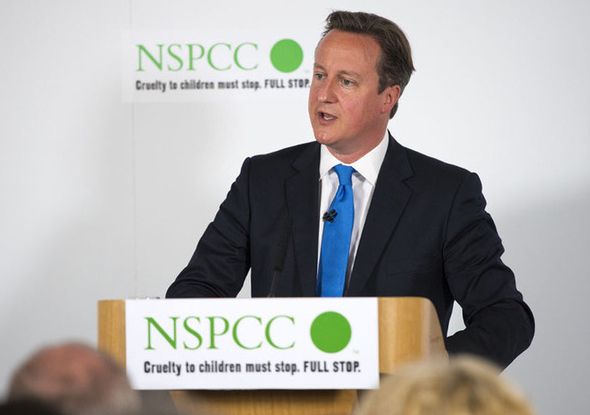 In a long speech, which you can read here, Cameron laid out the argument for opt-out family settings and a call for search engines to block objectionable or illegal content. Some key points:

So! There’s an awful lot going on here, both explicitly and implicitly. Cameron is proposing a two-pronged approach: an opt-out filter, and working with search engines to block access to child pornography, simulated rape pornography, and possibly other unsavory or illegal materials.

The first is essentially is a family filter that’s put in place by the internet service providers, or ISPs (the equivalent companies in the States would be Comcast, Verizon, Time Warner, etc.). The filter can be adjusted or disabled entirely by an adult–not clear how the service will make sure it’s an adult and not a child messing around with these settings–but it will by default be put in place. The filters will extend to any device connected to the network, including laptops, tablets, and smartphones. Those proposed filters comprise what the government plans to do, and what the government theoretically can do.

But in that second prong, Cameron urged international corporations like Google, Microsoft, and Yahoo to adjust in accordance with his crusade.

There are significant problems with both prongs, falling into three categories: logistical, rhetorical, and, for lack of a better word, moral.

Logistical: This Is Not How The Internet Works

In his second prong, looking outside the U.K. government, Cameron chastises search engines like Google and Bing for making it easier to find, he says, child pornography.

“We need the search engines to step up to the plate on this,” said Cameron. “And there’s a further message I have for the search engines. If there are technical obstacles to acting on this, don’t just stand by and say nothing can be done; use your great brains to help overcome them.”

This is absurdly, insultingly presumptuous. A prime minister is demanding a foreign corporation kowtow to his demands and implement a childishly naive proposal based on his own showy morality. It’s insane that Cameron would so condescendingly offer a foreign entity that’s violating precisely zero laws itself an ultimatum. Google is under no obligation to do anything Cameron wants, and yet Google just last month pledged to spend $7 million to figure out new ways to stamp out child pornography. What makes Cameron think that his proposal–a blacklist of keywords–would be more effective than whatever Google’s brilliant engineers are doing? We were indignant when China demanded Google censor itself there; how dare Cameron expect anything different, no matter how many times he hollers “it’s for the children”?

There are ample warning signs in this speech for anyone who’s wary of government intervention in free speech.Many of these corners of the internet are only accessible via anonymizing software like Tor, which masks your identity and allows you to visit sites like the Hidden Wiki, which indexes sites that Google doesn’t. Yelling at Google is grandstanding; Google is responsive–too responsive, sometimes–to laws and governmental requests. “We have a zero tolerance attitude to child sexual abuse imagery,” said a Google spokesperson. “Whenever we discover it, we respond quickly to remove and report it.” Google’s got lots of problems, but it’s naive to think that the scariest parts of the internet are accessed with a giant corporation’s search engine.

Cameron’s speech does not go beyond platitudes like “we have to protect our children.” He simply states as fact that “children are growing up too fast,” that this is a result of readily available adult material, and that this is an unhealthy development. I don’t agree or disagree with him, but those are an awful lot of giant leaps to make without any cited studies or research to back him up. “In a survey,” said Cameron, “a quarter of children said they’d seen pornography which had upset them.” Well, okay! I don’t know which survey this is, or whether it’s trustworthy at all, but let’s accept that that’s true. What percentage of children have seen something on the news which upset them? What percentage of children were upset when Lennie kills the mouse in Of Mice And Men?

The American Psychological Association notes that research about the effects of internet pornography on children is “scarce” and that what research there is tends to lean heavily on correlation.

It’s not so much that Cameron is right or wrong in his opinion on exposing children to adult content. It’s that he assumes his particular stance is empirically correct, and that it is his obligation to enforce it nationwide. That’s sort of the base of all legislation, after all. But I object to his assumption that internet pornography has a studied, proven net negative effect on children. The research doesn’t support that at all. And that point of view is the motivation for both his legal proposals and his moralizing in the direction of American tech companies.

Moral: Is This Censorship?

The other major concern, just as regards the opt-out family filter, is that this is the first step–and a big one–towards internet censorship. Pornography, like anything else that offends someone, is a vague term. What’s offensive to one person isn’t to another, and one person’s “extreme pornography” is another person’s tame fantasy. The fact that it is a government-mandated filter, the specific contours of which are not laid out in Cameron’s speech, is unnerving.

“This has never been a debate about companies or government censoring the internet but about filters to protect children at the home network level,” said Cameron in the speech. And, well, that’s ludicrous. If this isn’t a debate about companies or government censoring the internet, it sure as hell should be. We’re naturally wary of slippery slope arguments, but a cursory glance into, say, the People’s Republic of China’s policy on internet censorship shows just how far awry this kind of thing can go. Cameron is proposing an opt-out filter, which is not the same as censorship. But his urging of ISPs and search engines to make certain items harder to find goes far beyond an opt-out option. If Google stops indexing something the U.K. government doesn’t like, you can’t opt back in and see it. It’s just gone, at least from the single way that the vast majority of internet users uses to find things on the internet.

There are ample warning signs in this speech for anyone who’s wary of government intervention in free speech. The repeated explanation that this is for the children–that’s an easy way to stifle argument. Are you in favor of children seeing disturbing, violent pornography? That’s the stance those in favor of this policy will take. The fact that Cameron phrases this as a “moral duty” is a red flag, too: whose morals, exactly, are we talking about? And the fact that legal and illegal material are being wound together is alarming. “Let me be clear,” reads Cameron’s speech. “These challenges are very distinct and very different. In one we’re talking about illegal material, the other legal material that is being viewed by those who are underage.” But the speech, and the major legislative push, includes both. By discussing illegal material first, material that hardly anyone would be willing to publicly defend, it makes Cameron’s rhetorical argument against legal material that much easier to swallow. And that’s a problem, because the line between the ability to view legal and illegal material should not be blurred or conflated.

“I really don’t think you can have an algorithm for morality.”The U.K. is far from the first nation to seek to filter the internet. In 2011, France fully authorized what’s called the LOPPSI 2 law, which allows the government to filter the internet without judicial approval. French internet filtering relies on a blacklist of sites, theoretically, but its goal is merely to filter out child pornography sites in addition to those that promote terrorism or racial hatred. The law has attracted criticism; a spokesman for French internet liberty site La Quadrature du Net said, “Protection of childhood is shamelessly exploited by Nicolas Sarkozy to implement a measure that will lead to collateral censorship and very dangerous drifts.” In accordance with these laws, in late 2011 a French court ordered the takedown of a site that showed pictures and videos of French police officers arresting suspects, sometimes violently. But that was passed years ago, before the Arab Spring and before PRISM. And France didn’t bother calling on foreign corporations to do their “moral duty” in accordance with its own filter.

Logistical: You Can’t Pass This Law

Danny O’Brien, the international director of the Electronic Frontier Foundation, says, “My prediction is that these set of proposals won’t make it to the light of day.” It’s an empty set of proposals intended to have the public rally around something that, Cameron thinks, nobody could object to. Who would have a problem with protecting children from violent illegal pornography? But it’s unlikely to go anywhere. “We see these proposals come by in other commonwealth countries like Australia,” says O’Brien. “The more they go through the grinding mill of discussion, the more people realize the terrible consequences.” People are protective of internet free speech, especially after the Arab Spring, and are unlikely to believe Cameron’s proposals could possibly be as simple as he makes them sound.

Then there’s the fact that, well, it won’t work. “You’re creating a censorship system that’s not actually solving the problem that you’re trying to solve,” says O’Brien. “That content is still out there.” And the attacks on search companies are just as ineffectual. “I really don’t think you can have an algorithm for morality,” he adds. O’Brien did not seem worried about the speech; he saw it as theatrical and not realistic.

Cameron’s proposal is near-sighted, attacks the symptoms rather than the root causes of these problems, is based on shoddy understanding of social psychology and the way the internet works in general, and is highly unlikely to get passed in any sort of proper parliamentary bill in the first place. It’s exploitative grandstanding, a big clumsy haymaker of a shot fired at what Cameron thinks is an easy target but what is in fact anything but. It’s an example of just how clueless government is as to the day-to-day of the dark corners of the internet.