How to Lose Traffic and Alienate People: The Revenge!

Or: why does Google hate this fish? 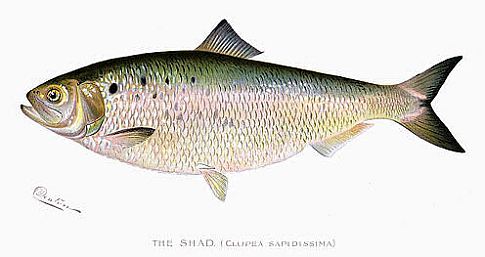 Welcome to another installment of The Grouse’s semi-annual lambasting of poor practices on the Web. When I compiled my first list of all things online and terrible six months ago, I thought I’d been fairly comprehensive. CAPTCHAs, tooltip ads, bottomless dropdown menus and audio ads were among the archaic and ill-conceived online “experiences” thrown on the fire. But just six months later, I find myself with a host of new grievances to air.

PopSci.com readers were quick to point a couple of them out straightaway in the comments section of the original list. User rcauniversal even called us out for breaking posts up into multiple pages, a practice popular across the Web as a means to maximize page views. Touché, rcauniversal. We’ve since limited page breakups to only very lengthy stories and to stories that are stuffed with images and video.

There are many more evil online practices to get bristly about. If you’re a Web company or individual that employs any of them, I beg you to stop the madness.

Video tooltip ads
Your run-of-the-mill tooltip ads are criminal enough. My biggest charge against them is that they prey on the way we’ve been conditioned to use the Web, i.e., the notion that links take you to relevant content. Tooltips deceive you into mousing over fake links, and when you do they momentarily freeze your browser up to inject an advertisement next to your mouse. The only thing that could possibly be more insulting would be if the ad were a video that started playing automatically — and with sound. I only recently discovered this horror, which you can see in action here (mouseover the double-underlined word “advertising” in the second paragraph). This is an assault on good taste and good business.

Super popups
Has anyone else noticed that IMDB has engineered a workaround for popup blockers? Despite having my popup zapper armed and unholstered in both Firefox and Safari, IMDB still manages to squeak popups by. And, as you’d expect, the ads are the absolute bottom of the barrel. This is a tough one, because it’s a company’s right to annoyingly pop ads up in our faces. It’s also a company’s right to figure ways around our attempts to block them. But get a clue. The fact that popup blockers are now built right into every major Web browser is a sign that the Web-going public has voted overwhelmingly against the popup. The IMDB ads are especially loathsome for two reasons: 1) They’re actually popunders — so they pop up, but then burrow themselves underneath all of your other browser windows only to be discovered much later. 2) IMDB is owned by Amazon, which is usually on the very cutting edge of user interface best practices. You’re better than that, Bezos.

Contact scraping
I recently received an email from a former co-worker inviting me to join her on a site called DesktopDating.net. I found it immediately suspicious since the woman and I didn’t know each other well, and since we’re about 30 years apart in age. I checked the site out and my suspicions were confirmed. Calling DesktopDating.net “low-rent” would be a compliment. It was immediately clear to me that my contact information had been stolen from a person whose own contact information had been accidentally stolen from another person. In addition to DesktopDating.net, the New York Times recently identified Tagged.com and MyLife.com as running the same scheme. What’s happening here is similar to what happens when you sign up for Facebook or LinkedIn. You can supply a Gmail, Yahoo! or other email address, and have invites sent out automatically to friends. Where DesktopDating.net, Tagged.com, and MyLife.com differ from Facebook and LinkedIn is that when they ask for your address, they don’t seem to be explicitly telling you that they’re going to scrape your contacts and send out invites to everyone you’ve ever corresponded with. When friends receive an email addressed from you, which asks them to join up — and even chides them if they don’t — some of them are going to bite the bait. And the cancer spreads.

Spamming Twitter
The recent post-election unrest in Iran was certainly a coming-out party for Twitter. Unfortunately, it was also the end of innocence for the micro-blogging social network. While Twitter users broke news about demonstrations, UK-based furniture retailer Habitat exploited the site’s hashtags, which allow users to follow topics rather than people. So, for example, following #mousavi on Twitter would result in tweets related to the Iranian incumbent’s challenger. Or, in the case of Habitat’s tweets, you’d get “#MOUSAVI Join the database for free to win a £1,000 gift card.” Despicable? Yes. Inevitable? Most definitely. As a user on Consumerist.com commented, “I don’t know what’s worse, people FINALLY realizing Twitter can be used for advertising using popular keywords, or Twitter fans thinking it never would.”

Autoplay video ads with no controls
I’m sure you’ve seen this before, and maybe you even knocked a coffee all over your keyboard in a fanatical grab at the volume knob on your speakers. You visit a site and begin reading. Suddenly, a video ad begins playing loudly. You locate the player and search desperately for the pause button. There isn’t one! You search for the volume controls and realize those are missing, too. Your only options are to either find the volume on your speakers or close the browser window. Now, why on Earth would a site subject its users to this cruel, cruel dance? Experience it for yourself on the site of our dear friends, RecyclingForCharities.com (bottom of the page, takes a second to load). [] Sorry guys, but those ads have got to go.

Dumb search
Google has spoiled me rotten — rotten to the point that I can no longer tolerate weak search on my favorite websites. There’s nothing I hate more than remembering a story I read on some site, and then going back to find it and coming up empty. I try to approximate the title, or fire as many keywords and tags into the search box as I can think of, but to no avail. So, what do I always end up doing? I hit Google and type in the URL of the site in question, along with a few words related to the article I’m looking for. Usually, the story I’m after is the top result.

Then there’s the utter failure of most search results pages to guess what I’m trying to get at if I misspell something. How frustrating is it to sit there trying to guess exactly where the colons are supposed to go in some video game title you’re interested in? How dumb is it that if you’re one character off of the correct spelling, the site hasn’t even the slightest inkling of what you might be searching for. As smart and well put together as a site may be, it’s only as good as its search.

Smarter-than-thou search
On the other end of the spectrum, there’s Google’s annoying habit of believing it knows what you’re searching for better than you do. I don’t mind a suggested spelling correction, but lately I’ve noticed Google making the spelling correction without asking me first.

Case in point: A friend recently told me of trying to determine if New York’s Grand Central Oyster Bar served shad. He typed

into Google and was returned pages upon pages of results for

Only one result on the first page made mention of “shad.” There were a few on the second page, but one of those was actually about a person named Shad. The rest were for shade. Thing is, Google didn’t ask, “did you mean shade?” It just went ahead and basically ignored my friend’s actual request and replaced it with what it thought he meant. Hey, if there are no results for “grand central shad,” then there are no results. Don’t throw me bogus links because you think I can’t spell.

That does it for this installment of “How to Lose Traffic and Alienate People.” Did I miss anything this time around? If so, let her rip in the comments.