What Are The Real Risks of Bioweapons Research?

The Pentagon accidentally mailing plague and anthrax, it turns out 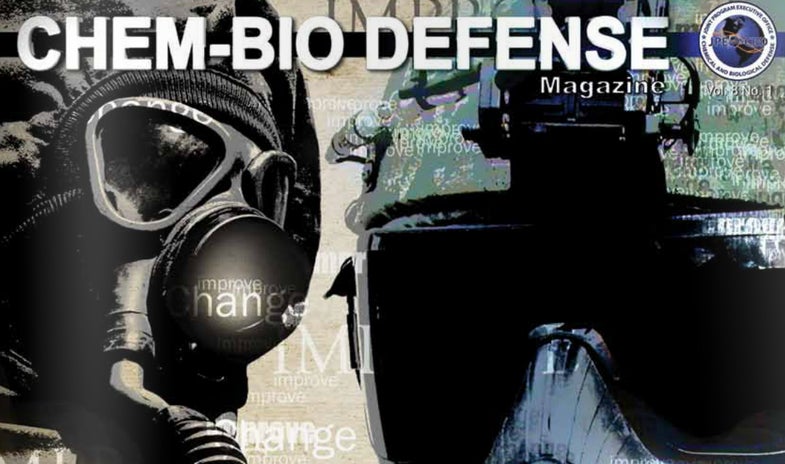 After a scandal-plagued summer, last week the Centers for Disease Control and Prevention revealed that some of the Pentagon’s labs responsible for bioweapons research had accidentally sent out, well, plague. This comes after several months of revelations about Pentagon mishandling of dangerous specimens, which start with an Anthrax scare back in May.

While it is part of the Pentagon’s mission to protect the American public from weaponized disease, it seems there’s an inherent risk of human error when studying disease, and large scale research like this inspires little confidence.

To better get a grasp on the ethics and risks of bioweapons research, Popular Science spoke with Dr. Nicholas G. Evans, a Postdoctoral Fellow in Advanced Biomedical Ethics at the University of Pennsylvania. The interview was conducted by email, and has been lightly edited for clarity.

Popular Science: What, in your view, is the biggest risk posed by bioweapons today?

Nicholas G. Evans: Today? Still nation-states. For now, I still believe that nation-states are the best equipped to produce biological weapons, and that their resources make all the difference relative to terrorist groups, individuals, organized criminal organizations, and so on.

That’s changing as the life sciences becomes more accessible, and more powerful, so in 5-10 years my answer will likely be different. Last year, for example, Science ran an expose on charges against scientists in Italy for illegally selling samples of avian influenza, and possibly even spreading it, to profit off the avian flu epidemic in Europe. That’s a little out of left field for what most people think in terms of biological weapons; still, when you start thinking about bioweapons as tools of extortion and profiteering—when there’s money to be made in bioweapons—that’s when things get really scary.

What is the pro-case for bioweapons research. You mentioned that nation states are the biggest risk, is there some value (deterrence or otherwise) to studying bioweapons a hostile nation might use in the future?

Great question. I’m not sure that things like strategic deterrence are strictly “pro,” but there might be an incentive for a nation to pursue biological weapons in the advent that they can’t pursue nuclear weapons. Though nowhere near as powerful as modern nuclear weapons, biological weapons are attractive for their capacity to kill large numbers of people, but are easier to manufacture and harder to detect that a fully-fledged nuclear program. They also cause a lot of fear—as the Ebola virus disease outbreak demonstrates, the public are terrified of infectious disease.

There’s one more reason to pursue modern biological weapons: force multiplication. There’s an increasing number of agents at the intersection of chemical and biological weapons that interfere with brain chemistry, causing people to become calm or terrified. Either effect is potentially useful for a military attempting to engage an enemy in a civilian population. At present, there is not a lot of international agreement about the development of such agents, which are technically permissible under the Chemical Weapons Convention as agents for use in law enforcement, and are likely to derive from peaceful applications of biotechnology such as the pharmaceutical industry.

Was there a major expansion in the United States of research into Chemical & Biological weapons, and if so, what was the precipitating event?

Yes, absolutely: the Fall 2001 anthrax attacks (also known as “Amerithrax”). (There is another story that places the germ of the expansion at the feet of Clinton, not Bush, after Clinton read the Cobra Event by Richard Preston.)

The US has poured more than $20 billion on research alone into biodefense since 2001. Much of this has applications beyond defending against biological weapons attacks—such as research into pandemic influenza—but a lot involves the use Select Agents: biological agents that pose a bioweapons risk or other serious risk to humans, livestock, or the environment. The Select Agent Program came out of the PATRIOT Act, so it is easy to see how 9/11 and the Amerithrax attacks generated all the magnitude of the research on bioweapons agents that backgrounds the accidental releases of the last 12-18 months.

Was the risk of, say, loose samples of plague, foreseen by outside experts?

Absolutely. In the beginning, the central concern was whether the money spent on these relatively unlikely scenarios was really justified compared to other, more likely (and, over time, much more costly to human health) health risks: the amount of research on road accidents, gun control, or malaria doesn’t match biodefense research in terms of dollars spent to people killed. In terms of strict proportionality, $20 billion as a result of five deaths over roughly fifteen years ~ $267 million per death per year. If we spent that much on research about road fatalities, we’d be spending $8 trillion and change per year.

Concern about safety really started in the nongovernment community about 3-4 years ago, and has reached fever pitch in the last 15 months. The Government Advisory Office, on the other hand, has been asking questions about safety for 12 years! So there’s a history here that is just getting attention because of the high-profile accidents.

What steps can the Pentagon take to limit such accidents in the future?

First, more science – we have to do more work on collecting data about the risks of laboratory releases, and better ways to inactivate pathogens. Second, personnel reliability. This is a problem with people, and if you can’t take the care these pathogens deserve—and many scientists can and do—you shouldn’t be working with them.