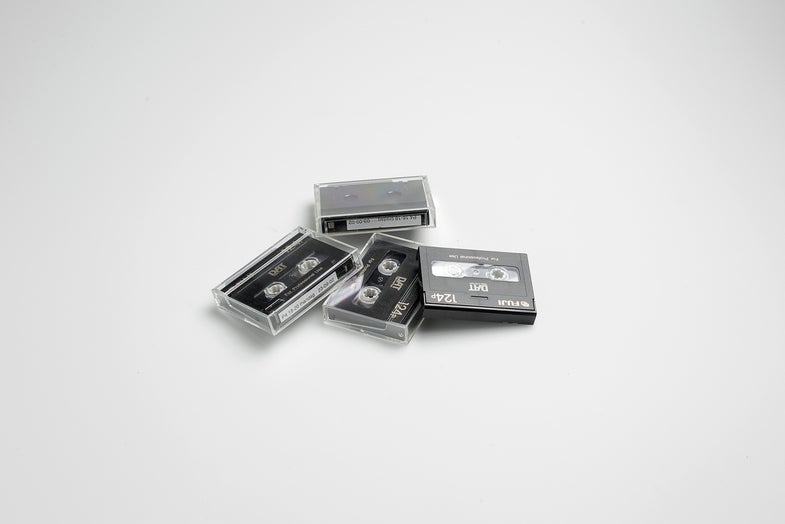 When I was kid, I was obsessed with my tapes. I would carry a boombox with me everywhere–especially when I went to play outside so I didn’t have to go a moment without listening to Ace of Base. I know I wasn’t alone in my devotion to cassettes. Museums and archives are pretty obsessed with tapes too, but for a slightly more important reason. That’s the way a lot of our history–be it audio or video recordings–is stored. As I learned as a small child, tapes don’t last forever, and if you’re not careful they can get damaged, rendering them useless.

Heat and humidity have a particularly negative effect on tapes, which encode their audio information in magnetic particles with a binder. When the tape deteriorates due to the warmth and moisture, it gets sticky, and when you try to play it, that stickiness damages the machine and the tape itself. People have devised a clever method of making sticky tapes playable again by baking them at low temperatures (around 130 degrees F). The fix will last a short period of time, but generally long enough to digitize the precious content recorded.

Luckily for the archivists and museums out there, there’s a new way of determining how long a tape has before it’s lived out its life. Chemical & Engineering News reports on the method published in the journal Analytical Chemistry this summer.

In the study, researchers analyzed 133 quarter-inch audio tapes from the Library of Congress using attenuated total reflectance Fourier transform-infrared spectroscopy to determine whether the tapes were playable or not, before potentially damaging them further. The method is non-invasive and could potentially save the estimated 40 percent of tapes in museums and archives that are of unknown playability. Now, if only there was a way to keep small children from tangling up the tape…